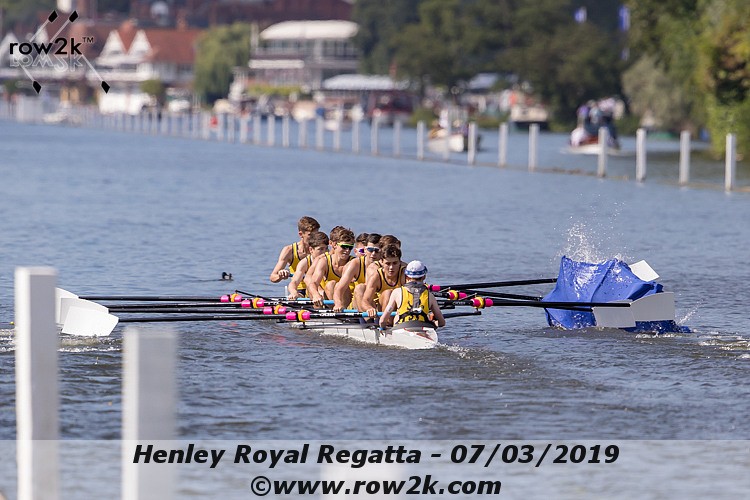 Look out starboard side!

Over the last few weeks we have been telling you the stories behind the photos that we take for row2k. Usually the photos are from a singular event, but this week I wanted to try something a little different. If you spend enough time at a regatta you are bound to see some strange things end up in the lake or river. I wanted to highlight a few of those instances.

Henley 2019 was about to begin, so I made my way down to the start area. I usually spend my first day at Henley near the Barrier since the last few days of the regatta I am parked at the finish. It was a warm day, but a beautiful start to racing at Henley with only a few gusts of wind. I set up just past the Barrier, leaving sufficient room between the water's edge and my camera (more on this later). A few races had come by and nothing too exciting had happened up to this point, but we were only 40 minutes into the first day of racing.

Up next was the first race of the Princess Elizabeth Challenge Cup. Scots College out of Australia was up against Claires Court School. Scots College is a very strong program (spoiler alert) who eventually made their way to the final against Eton College. That progress was in doubt early on however when, just beyond where I was set up, a gust of wind blew an umbrella from a bar onto the course. Unfortunately for the Scots College cox, Henley is a very narrow course, and the coxswain had no choice but to plow his starboard oars right through the umbrella. Somehow, no one in the boat caught a boat stopping crab, and with a quick shot of adrenaline Scots College went on to win the race by 1 2/3 lengths.

I can attest that the wind was the cause of the umbrella ending up in the river; it was not an overzealous Claires Court parent trying to slow down the competition. The full series of photos starts here. 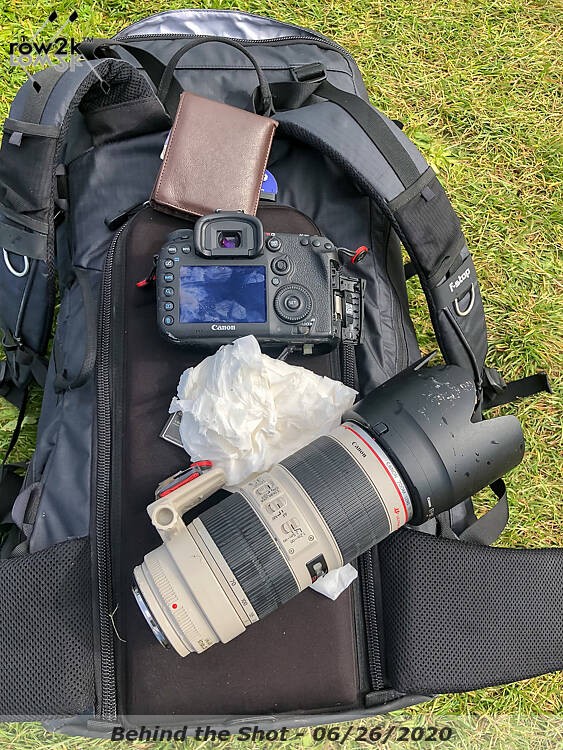 Continuing with the theme, as I mentioned earlier, I made sure to keep my camera a safe distance from the water's edge. One year earlier, but at otherwise the almost the exact same time and spot of the 2019 run in with the umbrella, in 2018 my secondary camera (a 7D Mark II with a 70-200) was sitting on the ground near the water's edge at Henley on the first morning of racing. As I panned over with my other camera following a race heading down the course, I managed to kick my 7D into the river. I continued to shoot the race as my camera sank to the bottom of the river. As soon as the race had cleared the area, I jumped in the Thames. Feeling around with my feet, I was able to locate the camera and lens, but both were damaged beyond repair.

Cameras and umbrellas aren't the only items that have ended up in the water in front of me over the years. I was covering World Cup III in Lucerne in 2017. It had been an incredibly hot regatta and all of us were tempted to go in the lake to cool off - so much so that some of the photographers that weekend intentionally went into the water. 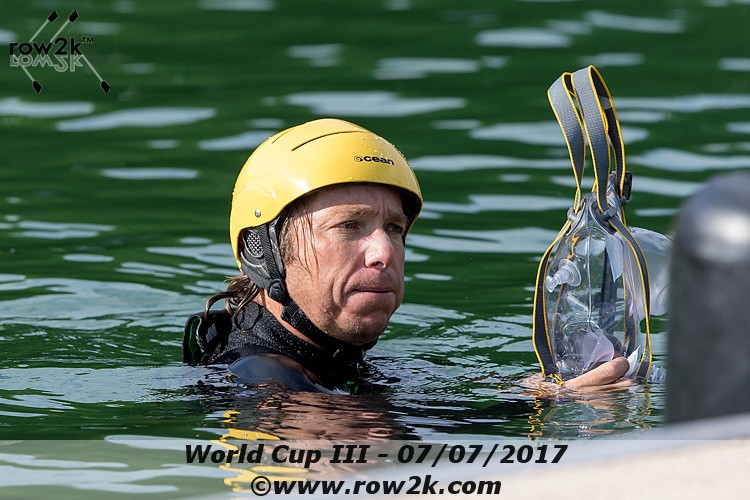 Unfortunately a different member of the media wound up in the lake unintentionally before the weekend was over. During the awards ceremony for the Women's 8+, the videographer for the live stream took one too many steps back to get a wide shot of the medal ceremony. I remember getting a text from last week's Behind the Shot photographer Erik Dresser asking what happened; "The livestream just went dark." My response was a text with the following image. 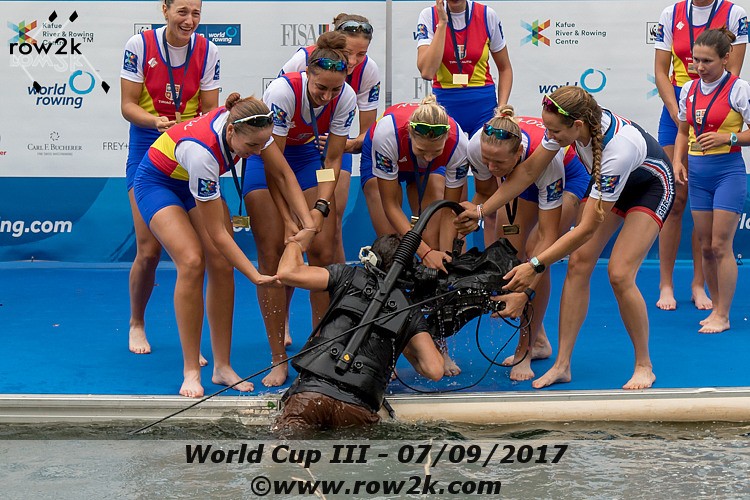 Romanian women with the assist

Despite the fact that 10 to 15 photographers were directly behind the camera man as he fell in, not a single one of us actually got the image of him falling into the lake. Everyone has multiple images of the Romanian women pulling him out, however. The full series can be found here. 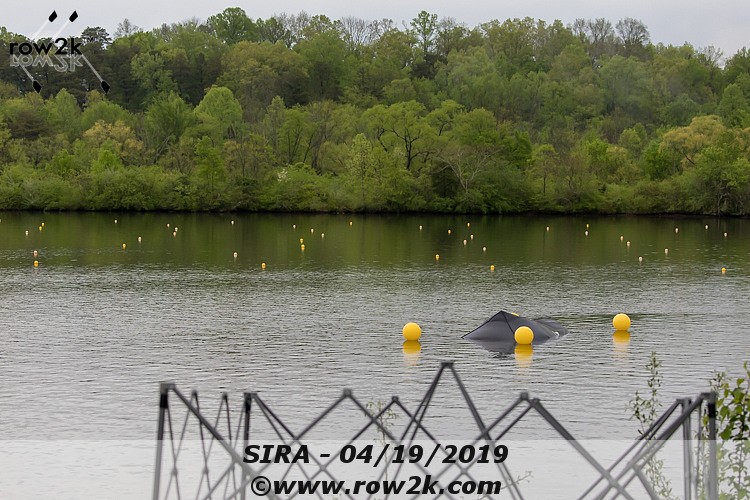 I have quite a few shots of random items ending up in the water over the years, but I wanted to wrap up this week's Behind The Shot with a bit of an oddity. A team tent (for a team that will go unnamed) at SIRA 2019 wound up in the lake after storms blew through the night before. This isn't too uncommon, however for some reason the water on the tent made it too difficult to pull out of the water. To prevent boats from hitting it, regatta officials in Oak Ridge put buoys around the tent - and that is how the rumors started. Give college kids enough time and social media, their imaginations will run wild. The rumor around the regatta was that the tent was only in place to cover up a dead horse. Don't worry it was just a tent, but everyone got a good laugh out of it.