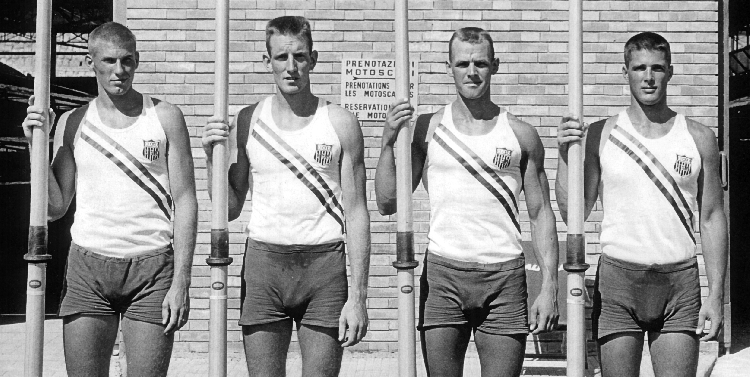 Chapters 83-85 from Peter Mallory's extraordinary work in progress "The Sport of Rowing; A comprehensive history." In this excerpt, Mallory looks at the Lake Washington crews of the 1960s, in particular the 1960 coxless four of Sayre, Wailes, Nash, and Ayrault and the 1964 four of Nash, Durbrow, Lyon and Mittet, and at Ted Nash's contributions to these crews and rowing technique