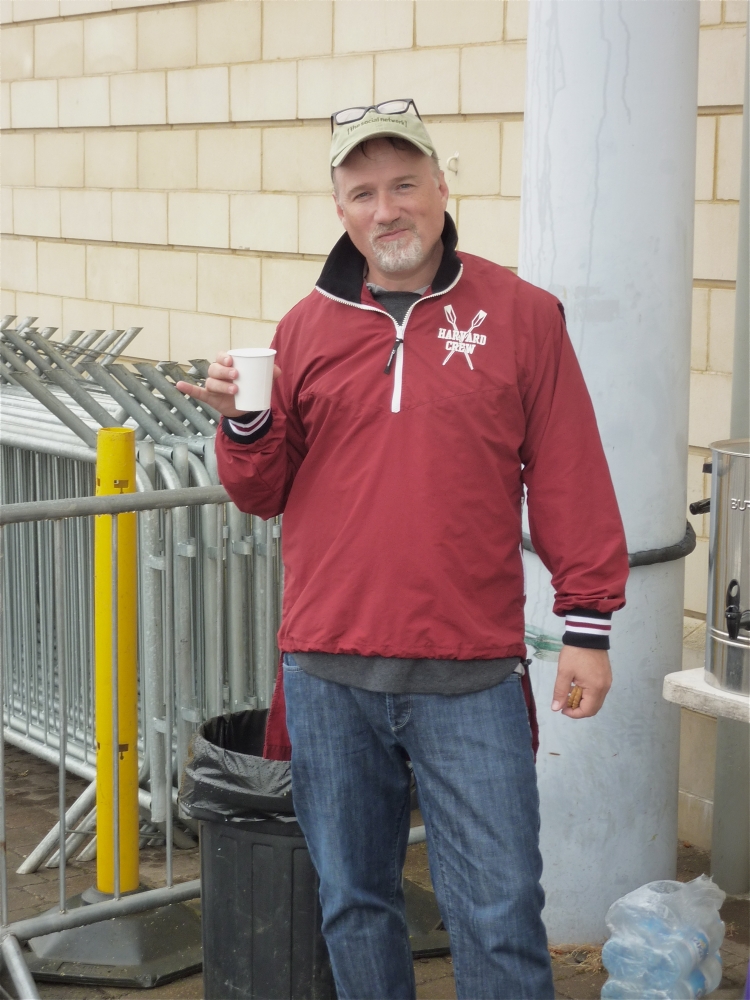 David Fincher
I got the call from Bill Doyle at 6 am. Director David Fincher, his first AD (Assistant Director) Bob Wagner and the art director Don Burt had just flown in from LA and were anxious to see the Charles River. Could we meet in two hours? Sure, I told him.

“Don’t let Fincher push you around,” Doyle advised. “I’ve checked with Harvard and we
can’t use the boathouse, but he’s going to ask you if he can use it anyway. You have to
say ‘no’ or I’m going to look like an idiot or get into real trouble.”

Okay, I told him, suddenly realizing that there were serious politics afoot.

To be honest, I didn’t know even who David Fincher was, although I had seen his last film, “The Curious Case of Benjamin Button.” I knew that the visual effects in that film had set a historical precedent (particularly the youthful transformation of actor Brad Pitt); I reckoned that anyone who could make a Hollywood star look progressively younger must be either a genius or a plastic surgeon.

Fincher was a little bit of both. Forty-something, with short grey hair and the suggestion of a goatee, he had a cherubic face and a crooked smile. He looked like a naughty kid who had managed to do bad things school and somehow get away with them.

In “Benjamin Button” he had apparently used a digital “face transplant” technology to make Brad Pitt look younger and younger. No one had done it before, and so Fincher was considered the wunderkind of this new technology. He’d also made a movie called “The Fight Club” that was a something of cult film among young college males.

But it would take more than video wizardry to make rowing look good, and I told Fincher as much during our first meeting. You could hear a hush run through his posse, as if this sort of bold speaking wasn’t done to the chief. Then I went further and told him that his idea of tying two eight together would probably never work.

To his credit, Fincher just smiled and nodded.

It was only later that I heard that he was notorious for yelling at people and making them feel inferior. But that sort of behavior didn’t bother me. After all, I came from the rowing world and Harvard Crew. Harry Parker was a lot scarier than any Hollywood producer.

The long and short of it was that no one had really been able to capture rowing well on film - partly because they underestimated the technical difficulties of attaching a camera to a rowing shell, and partly because it took months for an actor to truly learn the sport.

The exception was Meryl Streep in “The River Wild,” but she had spent three months preparing herself in a single scull.

For homework, I told Fincher and Wagner to go watch the Nicolas Cage movie, “The Boy in Blue,” and learn what NOT to do. (“Boy in Blue” later became our code phrase on set for anything that looked fake or bogus).

We took another ride on the beautiful Charles River, and everyone loved it. It was the beginning of the fall and the leaves were just turning. We were going to have to shoot before November if they wanted to get any remaining tree cover. I gave them an instant schooling about pairs, doubles, eights, and fours; the difference between sculling and sweeping, the effect of the current.

Everyone got very quiet, just taking in the stunning visuals and imagining what the film was going to be like: The Eliot Bridge, the Cambridge Boat Club. These were things that I took for granted, but to the folks from LA, they were pure magic.

“You’re in,” Bill Doyle told me afterward. “They like you.”

About a week later, I got the official hire from JoAnne Petrano, the unit manager. But things were going to have to move quickly. My first job was to round up twenty guys who could row both pairs and eights.

“What sort of boats did Harvard row?” JoAnne asked.

“Okay, you’ll need to get me two eights and a bunch of pairs.”

No problem, I told her.

But where was I going to find all of these boats and twenty high caliber oarsmen who looked like the Harvard eight of 2003 and the Dutch National Team?

The answer was easy: run an ad in row2k.com