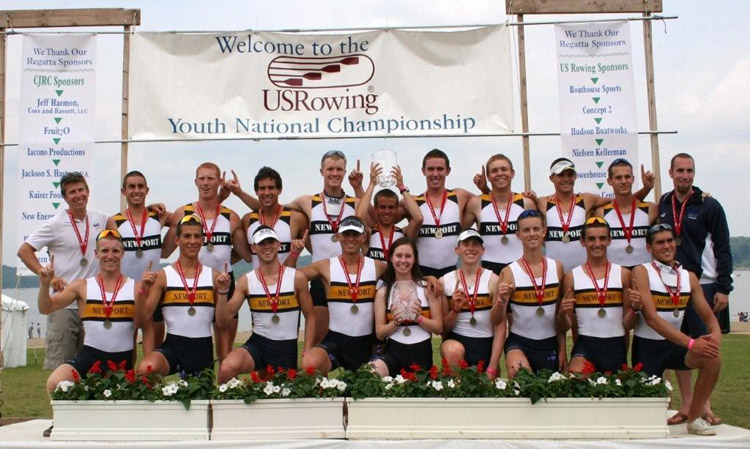 Newport AC following their wins at Youth Nationals. Photo thanks to Nick D'Antoni
Did your crew or a crew you know of have a great race over the weekend? Nominate them for row2k's "Crew of the Week" poll. Nominations must be submitted by 5pm EST each Monday. row2k will then select six outstanding crews for poll voting on Tuesday and Wednesday. The crew with the most votes will be recognized as row2k's "Crew of the Week".

Nominations are closed, please vote below!