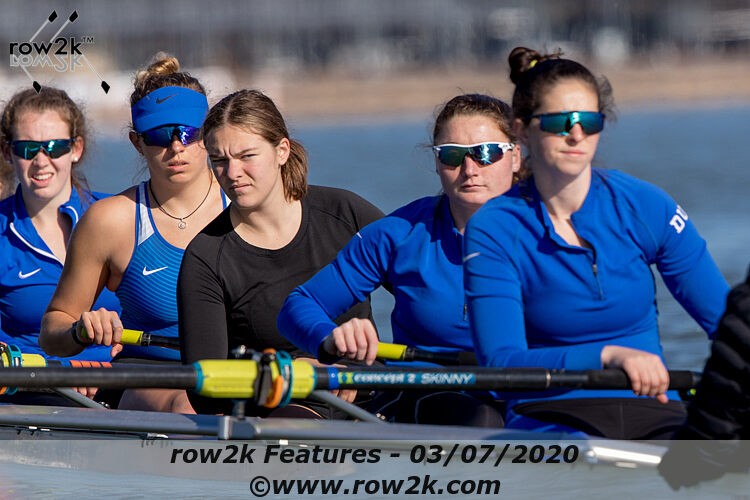 WHAT DO YOU THINK IS THE MOST IMPORTANT SEAT IN AN EIGHT, AND WHAT CHARACTERISTICS DO YOU LOOK FOR IN THE ATHLETE THAT RACES THAT SEAT?

MEGAN COOKE CARCAGNO – DUKE
While every seat is incredibly important in a fast boat, I think the stern four very much sets the tone of the racing experience. I look for a stroke that is usually not the biggest or strongest, by most measures, but simply finds a way to get it done. Out of 150 rows, in pairs, fours and eights, the one who simply got to the dock first most of the time.

I try to find a seven seat that can smooth out the imperfections of that said stroke, someone that knows how to translate their instinct into something predictable and long. Six seat is usually the most important seat to me and tends to be the savviest. They have to be gutsy, long and in tune with the stern pair’s rhythm no matter what. Despite a bad start or a bobble, they know how to find them over and over again throughout a piece. Five seat is length and power.

BILL ZACK – SAN DIEGO STATE
Without a doubt, the stroke seat of any boat is the most important. I’ve never met a good stroke seat that didn’t want to be in the stroke seat. Rhythm setting is important, but so is aggressiveness and leadership and knowing they will do what you want them to do in any situation during a race. Fitness / erg score is important in every seat but isn’t super important in the stroke seat. I want to give honorable mention to the bow seat; a good one facilitates every other seat’s ability to row well. And a great coxswain makes a huge impact as well.

SANDRA CHU – WILLIAM SMITH
I think that all the seats have merit in different ways and that’s why it’s so important to have the people with the best skills in the right seat. I don’t look for one seat and build the boat around that person—I look for a blend of combinations that make the fastest line-up. That being said—there are some skills you can’t live without. In stroke—consistent rhythm and an unwillingness to ever back down. This person will do what she needs to do to put her crew in the best position to win. The crew, in turn, must believe in and trust this person completely. 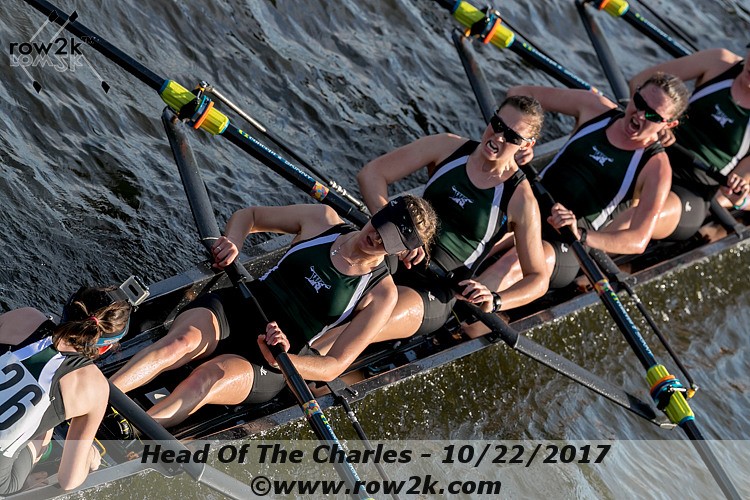 The blend between 7 and 8 is key—I like to see this pair row seamlessly. They might not have the same exact body mechanics but their power curve and length are the same. Seven has the ability and awareness to reinforce the rhythm and protect the stroke from rush—she often has even a touch more natural rhythm than 8 but might have just a touch less of alpha wolf. Four and 5 glue bow and stern so it’s essential that they have a synergy. I often feel that 4 needs to not just maintain but also transmit the aggressiveness of the back half of the stroke so power doesn’t fizzle out as we move toward the bow.

Bow pair are lively, dynamic technicians with an agile ability to find clean, sharp catches and keep the boat on their blades regardless of water conditions and set. And of course, the coxswain has to be a smart technician, motivator, strategist, and navigator who knows how to get every millisecond of speed out of her crew.

LUKE AGNINI – GEORGETOWN HEAVYWEIGHT MEN
7 seat. Assuming there is a stroke seat that fits the role, I always view 7 as the most critical seat to fill. That seat needs to have length and the ability to translate rhythm, but they have to be a racer. When I think about the best crews I ever coached, they always had a good 7 seat and the right stern 3 combo. There have even been times when I’ve had a stroke seat with good rhythm but needed a little “motivation”, but had a real dude behind him in the 7 seat to keep him honest, and that has produced good results.

CAMPBELL WOODS – MARIST MEN
Probably the most important seat is the stroke seat as far as setting the rhythm and the racing mentality of the boat, but I think the most difficult seat to select for is the 7 seat. You need a guy who has many of the same characteristics as the stroke but who can follow, take what the stroke seat is doing and make it followable for everyone else.

JENN LANGZETTEL – DUQUESNE
Stroke seat is the most important seat in the eight. That is the individual that can get everyone behind them and the engine room in a solid rhythm and get them to use their power efficiently. They also have a huge impact on the mentality of the boat. They should have a good rapport with their boat mates and their complete respect so they can ask for something from the crew and get it.

They also need to have a good understanding of boat movement so they can relay what they are feeling to the coxswain or give suggestions on what is needed at any moment in a piece. Finally, this individual needs to be fearless and incredibly competitive, but humble. They always feel they can improve but still feel that they can execute to a high level to take out the competition. 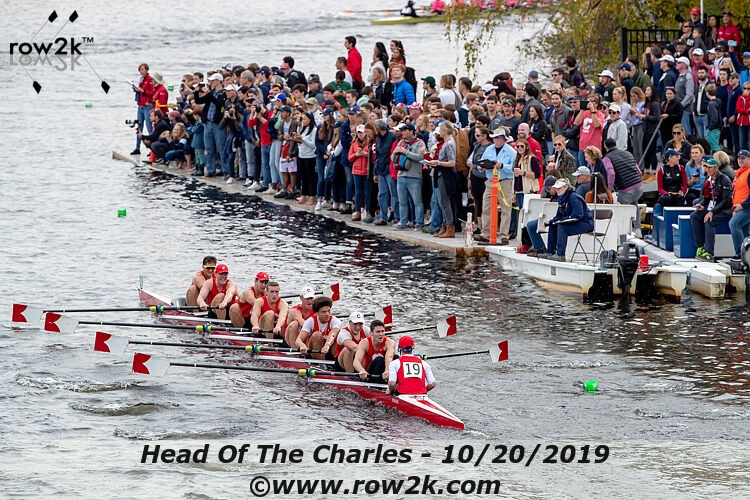 TODD KENNETT – CORNELL HEAVYWEIGHT MEN
I wish I could say I had one that was most important, but I don’t. They are all so important. Maybe I would say that 3 or 4 seat might be a little less important (or less skilled) but they still better have a lot to offer if you are going to win. If I had to pick though, it is so hard to find a great stroke. Someone who is a great racer, very skilled in boat moving, a leader who can communicate skill and emotion properly, and during the entire mess can stay calm and keep their life organized so they do well in school.

NICK JOHNSON – BARRY
I put a lot of emphasis on bow pair, and their technical consistency. We spend a lot of time working on the release and what happens on the recovery, and I feel that bow pair is the duo that sets the tone for how the recovery will go. If you are technically proficient and consistent with what you do from release to catch, then you are a good candidate for bow pair in my V8.

BRIAN DAWE – TUFTS
In my crews, seven seat because she is the link to the rest of the boat, passing along the rhythm and whatever flair the stroke develops; she makes everyone else better. In other crews, the three seat, because if that person rows great, then they can be trouble. Witness the British eight when Triggs-Hodge was at three.

KEMP SAVAGE – EASTERN MICHIGAN
There are really 3 seats to me that are incredibly important to an 8. The stroke needs to be the absolute stone-cold finisher, and they have to always make the choice to win. Seven is important because they have to translate the aggressiveness of the stroke to the rest of the boat, and also keep control of the stroke from going a little too aggressive a little too early. Lastly the coxswain needs to be able to execute and adapt the race plan to win.

GABE WINKLER – OREGON STATE
There is a common thought amongst the rowing world that each seat in an 8+ does different things. Then when it comes down to it, if you had the 8 fastest guys in any seat, you will win the race. Just because a guy sits in 3 seat doesn’t mean he is a technical donkey. Tell that to Chris Ahrens, arguably one of the best rowers the US has ever had. That being said, you probably wouldn’t want to put your 3-month novice at the stroke of the boat for the big race. 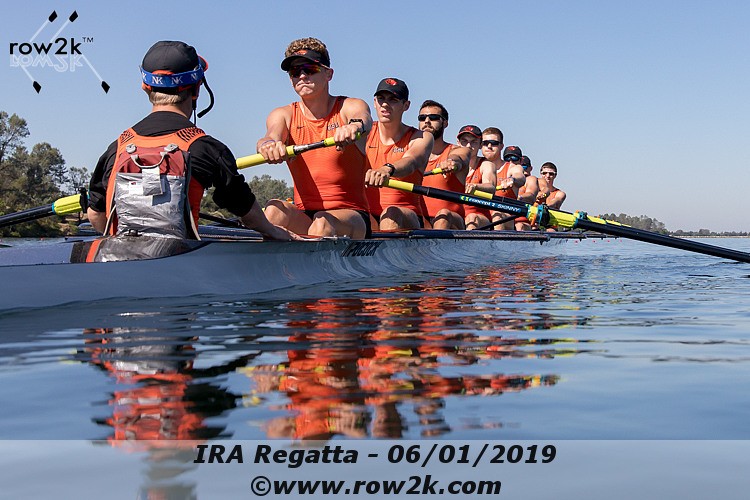 In seat racing, I look for guys that are moving the boat better than the guy they switched with. Yes, it’s possible to go from a 3 seat in one piece, to the stroke in the next (Chris Ahrens…) I like doing this because it breaks through those misconceptions and you often can find out something new.

JOHN BOYD – IONA
As an athlete the most important seat was the one I was rowing in and that’s the attitude I look for in my athletes today. But for me it has to be stroke seat. Stroke literally sets the rhythm of the crew for better or for worse. The athletes who get my attention as candidates for stroke seat are those who demonstrate the ability to hold their knees down long enough to prepare their bodies.

DAN ROOCK – DARTMOUTH LIGHTWEIGHT MEN
A misfit in any seat will slow a boat down, so there’s an importance to everyone in a crew. Obviously, a good stroke is critical. I think a clever seven seat can exert the most influence on the speed of a boat, but seven is also the easiest seat to row, and sometimes a lower skilled rower will find success there. Five seats are also impactful. They all are, or can be, so long as the rowers in them are determined, fit, and skilled.

BART THOMPSON – ADRIAN
It might sound corny, but I don’t like to think of their being a single-most important seat in the boat. No one can win a race without all 9 participants. Each one has their merit: the coxswain is essentially the coach in the boat, the stroke is setting the rhythm, the 7-seat has to convey that rhythm to their side of the boat, and so it goes. 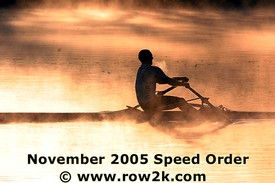 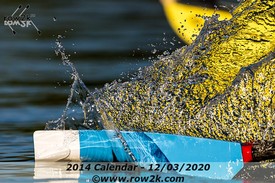 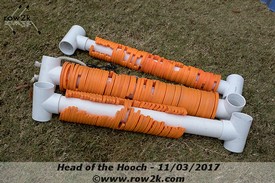