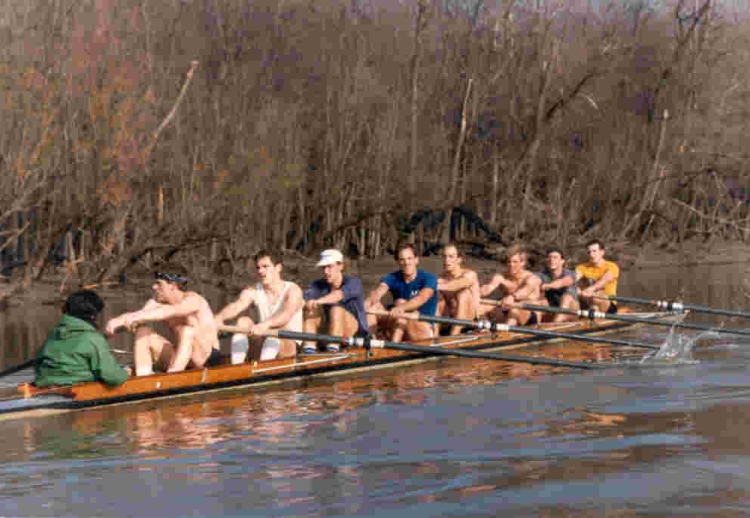 Purdue JV at practice in 1986; Granata in 7-seat
row2k is very sorry to report that a former Purdue oarsman, Virginia Tech biomedical engineering professor Kevin Granata, was among the casualties of the April 16 shootings. Kevin started rowing as a masters candidate at Purdue, and raced in the Purdue JV that won bronze at the Dad Vails in 1986. News reports indicate that Granata was killed while attempting to assist fallen students.

Granata, 45, met his wife Linda Ankenman at Purdue when both were on the Purdue Crew Club; they have three children together; Alex, 13, Eric, 12, and Ellen, 11. row2k sends our sincere condolences for Kevin's family and friends, and will be pulling for them.

Granata is pictured at right rowing in the seven seat of the Purdue JV, and with the crew wearing their medals at the Dad Vail (Kevin at far right), both from 1986. Thanks very much to Kevin Sauer for the photos.