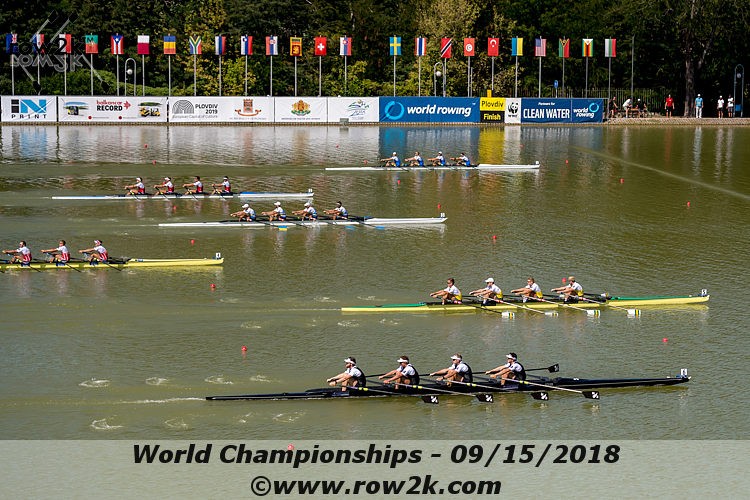 Nilsen had an immense effect on rowing around the world

Norwegian rowing coach Thor Nilsen may be the most important rowing coach you've barely (or never) heard of. In the US, unless you regularly spend time with US National team coach Kris Korzeniowski, you'd be lucky to hear his name dropped, here or there, but if you have spent anytime rowing at the top level, almost anywhere around the world, chances are that Nilsen's influence has affected you in some way.

Indeed, as Argentinian rower and coach Osvaldo Borchi states in Chris Dodd's latest book, "Thor Nilsen: Rowing's Global Coach," "Rowing has two periods, BT and AT. Before Thor, there was nothing."

Before Nilsen, there was in fact very little. Though part of the Olympic movement from the get-go (and even though, ironically, the first Olympic rowing regatta in 1896 was cancelled due to bad weather), worldwide rowing was a provincial sport at the margins of global sport, largely confined to clubs, men (it was, mostly always, exclusively men) in blazers, continental and national traditions that rarely overlapped, and that met every four years for the Olympic Games.

Nilsen came of age in Norway, on the aforementioned fringe. Born in 1931, Nilsen dropped out of school at 14 and began an apprenticeship at a print shop, discovered rowing through his boss, and steadily rose through the ranks, competing for Norway in the 1952 Olympics.

After his Olympic stint, Nilsen took what is likely to be one of the more unusual professional detours for a rower and future legendary coach: he participated in a bank robbery and spent a year and a half in prison. Good behavior and Nilsen's acumen for a flexible approach to even the thorniest problems led to Nilsen's reintegration into society and the rowing world, with this first phase of his life culminating in coaching Norway's famous Hansen brothers to the gold medal in the double sculls at the 1976 Olympic Games in Montreal.

As he began coaching internationally in Norway in the late 1950s, Nilsen preached cooperation among club teams to get the best athletes training together, practically a heretical notion in the 50s and 60s. And as the 1970s began and coaches from the Eastern bloc defected or found their way to western countries (including Korzeniowski), coaches in many different countries began thinking of ways to challenge coaching orthodoxy and taking the best of these many varied approaches to rowing to apply them to their crews.

Nilsen's first foray into internationalism came at the rowing center in Banyoles, Spain. The brainchild of a German and a Cuban, Dieter Pieper and Pedro Abreu, they lured Nilsen to help set up the world's first comprehensive rowing center, with dormitories, workout rooms, and a focused approach to training. Soon, the center had visitors from all over the world, including Nilsen's Norwegian crews, three-time Olympic singles champion Pertti Karpinnen of Finnland, as well as British rowers and coaches. Nilsen and his team coached them all.

The center thrived and weathered local and national disruptions until 1980, when Abreu was kidnapped by Basque Separatists; though eventually released, a condition of his release was that he no longer participate in any sports or public activities in Spain. With one of his patrons sidelined and the center in distress, Nilsen was forced to move on.

Nilsen landed on his feet however, being hired in 1981 to run the Italian national team center at Piediluco. There, Nilsen applied his Banyoles approach again, and drew athletes and coaches from the world over to Piediluco to train, talk, and live and breathe rowing for 18 hours a day. It's in the description of Nilsen's time at Piediluco that the book shines; at a time when rowing seems to be in retreat in many regards (except, of course, at the coasts), it's encouraging to relive a time when rowing seemed to be communally growing by leaps and bounds; a golden age of coaching cooperation.

Many familiar names surface in the Piediluco section, and it's fascinating to witness many future coaches and FISA executives laying the groundwork for the sport's future. As with all books by Chris Dodd, there are scores of telling anecdotes.

"It was a very rich time. Thor was the glue that made it work, always looking for the best for everyone. They believed that rowers should be doing other things. Trish [Tricia Smith, CAN Olympian and future FISA member, eds.] remembers Korzeniowski conjugating verbs in his English lessons for Italians: 'I am jerk, he is jerk, she is jerk...'"

Besides influencing coaches, the Piediluco period produced the groundwork for FISA's coaching manuals, which were edited by Nilsen and others through the early 2000s, and are still rippling around the rowing world today.

Post Piediluco, as world rowing and FISA begin to grapple with the issues of growing rowing, adding lightweights to the Olympics, and the other growing pains of late 20th century sport, Nilsen moved on to head up FISA's Development program, and to spearhead FISA's coaching education projects. Working through the ripples and knock-on effects of Nilsen's work in Asia, Africa, the Americas and Europe, Dodd's book aims to draw a complete portrait of Nilsen and his worldwide influence on the sport, and the book may be Dodd's most global effort yet, although as Dodd's focus leaves Nilsen himself and widens to encompass literally the whole world, some of the freshness and immediacy falls away from the work.

Not that tracking Nilsen's global influence is not important. It may simply be that Nilsen has done so much, that cataloging all of it meaningfully simply is not possible.

Altogether, Dodd has written (another) valuable addition to his prodigious compendium of rowing books, and at a time when "traditional" 2000 meter Olympic rowing is grappling with what appears to be a near-insurmountable host of issues, knowing how we got here and to whom we owe our past solutions is tremendously important.

Another way to put it is that Dodd may simply be following Nilsen's own stern admonishment to rowing people: "We must never forget why we first became involved in rowing and what it was that attracted us. We must never forget how to bring this to the world."