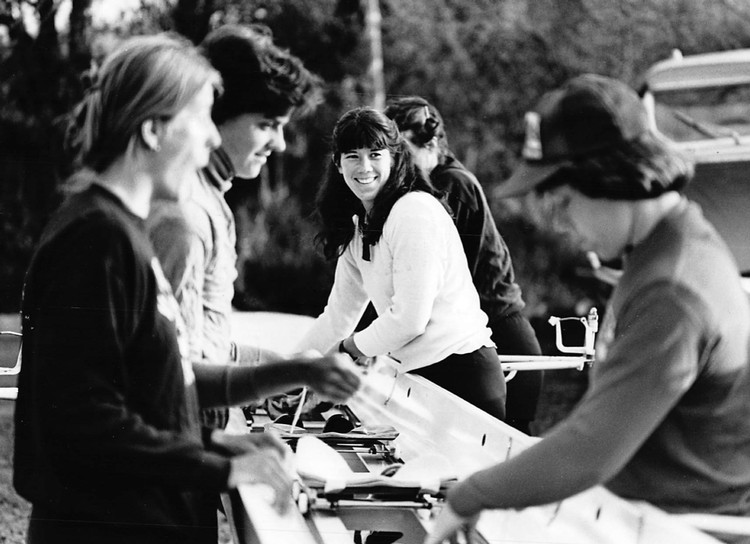 How does one define a lifelong friend with mere words? Margie Cate was a deeply committed athlete, a dedicated and compassionate teammate, a joyful storyteller capable of making everyone laugh, a caring and loving friend, a person who treated every person kindly because to her, everyone mattered – and so much more. It's impossible to capture her on a small canvas of paragraphs.

When she passed away on May 27th, Margie left behind a legion of people who adored her in the rowing world and beyond - most importantly, the love of her life, Cal Yacht Club coach, Craig Leeds. To those who had the privilege of knowing her, she's irreplaceable. As Olympian Jan Palchikoff, who rowed Master's events with Margie for thirty years, said, "Her death is a passage for all of us, leaving a void that's bigger than we ever imagined. She's going to be missed so much." 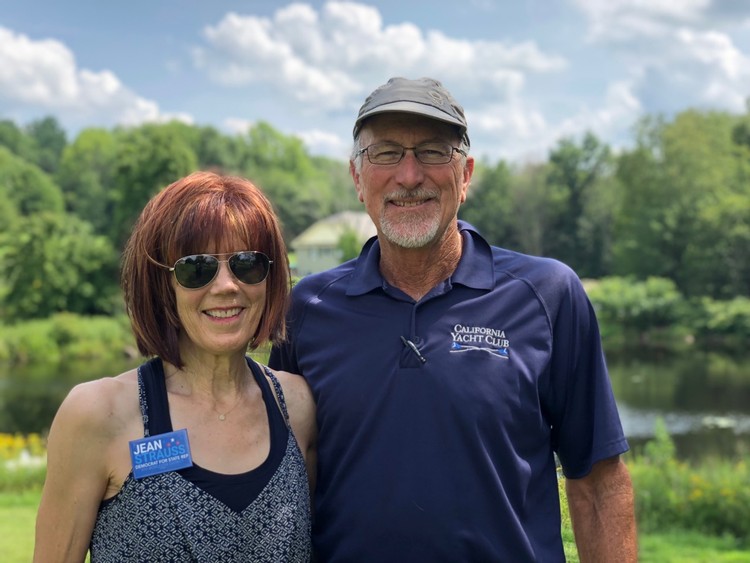 Margie's rowing career spanned four decades and included wins at distances from 500 meters to 115 miles. Rowing changed her life – and she in turn, changed aspects of the sport, cutting new paths for those who followed - including those starting out today. She was an empassioned cheerleader and support for Leed's CYC juniors, sharing the joy she found on the water with a whole new generation of young rowers and scullers. 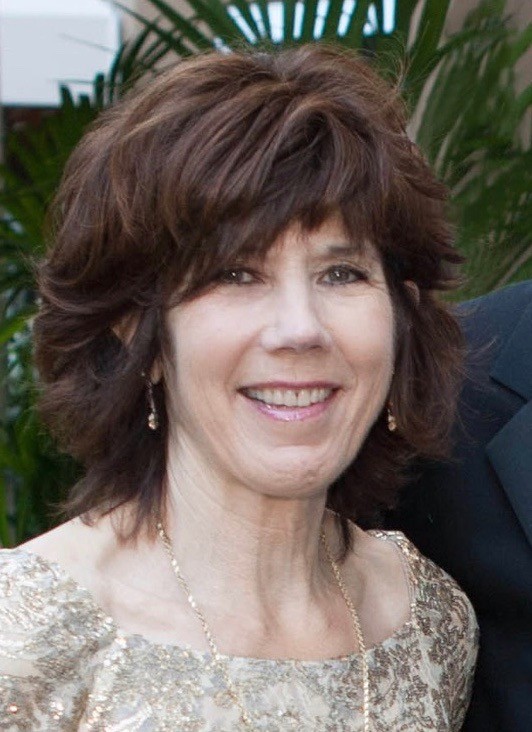 She discovered the sport by chance. A student at San Diego State (where she would later joke that taking classes was her top subject, amassing far more credits than needed to graduate but never getting a degree), she was an accomplished scuba diver and waterskiier. As assistant administrator at the Mission Bay Aquatic Center, she was coordinating events for the 1977 Crew Classic when she drove a launch for one of the coaches. That led to a move East and an immersion in learning the sport at Philadelphia's Boat House Row, the epicenter of US rowing at the time. She quickly set her sights on the 1980 Olympic team as a sculler. She professed, "I'm not training to make a national team. I'm training to win a medal at the World's. I'm not there yet."

She began to excel in 1979, earning a place in the Olympic Development Camp, and then in 1980, winning national and international regattas in both the single and double. After racing for the U.S. in the quad at the 1981 Worlds, she then made a stunning decision. She would return to the classroom, get her college degree at the University of Washington - and try out for the crew team. She was 31 years old.

Margie loathed any mention of her age. Kristi Norelius (Olympic gold eight, '84), a member of the UW crew at the time, remembers, "Margie didn't want to be this human interest story. She wanted to be in the boat and make it go fast." But it's important to note that Margie was attempting to do something that had never been done before. It was believed back then that women peaked as athletes in their late teens, and that it was harmful to compete at a high level so 'late'. Ignoring the naysayers, as most women were retiring from the sport, Margie Cate was charging forward.

"It was a huge risk on her part in terms of her rowing career," says Bob Ernst, then coach of the Huskies. "Even though she'd been on the national team there was no guarantee she could make the varsity or even the JV. Our technique was completely different from what she had been taught."

Spending not just hours, but days and weeks doing extra workouts on an old Gamut erg in the basement of Conibear Boathouse, Cate taught her body the motion of the Husky crew. Her single-minded dedication inspired her teammates. "She proved to all of us that anything was possible if we believed in ourselves and worked hard enough," said Norelius.

"She was a self-made athlete," Ernst reflects. "She did a tremendous amount of work to earn a seat in that boat." The varsity went on to win the national championships in 1982 and is considered one of the finest boats UW ever produced, earning Margie and her teammates induction into the UW Hall of Fame. To this day, Ernst holds her in the highest regard. "Knowing Margie and having the opportunity to coach her was a highlight of my career." 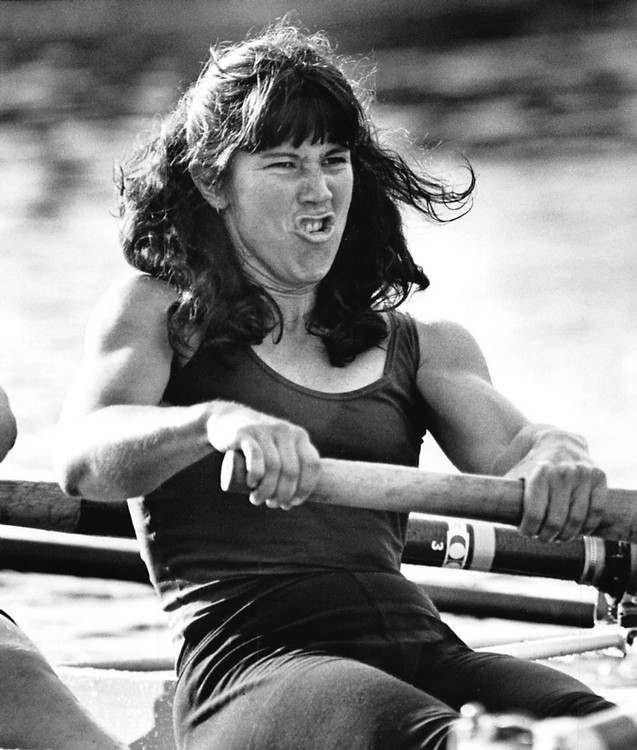 Not only was she a strong and dedicated athlete, Margie was highly intelligent and intuitive. Sensing the importance of the expansion of computing in the workplace, she earned a degree in information sciences at UW (unusual for a woman at the time) and went on to get a masters in the field from Drexel, all the while continuing to compete. She made use of her expertise at the Institute of Scientific Information in Philadelphia, and in Los Angeles at USC, Air New Zealand, Dreyfus Constructions, and the Special Olympics of Southern California, where she was both CIO and CFO.

She competed in masters rowing for the rest of her life. Other sports would capture her attention, from cross-country skiing to competive sailing, but rowing was a constant. She was the top open water rower in the country for years, winning events like the Corvalis to Portland Row (115 miles) as well as the Catalina to Marina Del Rey race (32 nautical miles) winning multiple times in the single, double, and quad. She simply loved to row, to compete, and joined not only women but men in races from coast to coast, competing primarily for Cal Yacht Club and LBRA. She won the Head of the Charles and the Crew Classic more times than her friends can count. "I can't imagine what it will be like to go down to the boathouse and not have her there," Palchikoff reflected last week. "One of the reasons I kept rowing all these years is I had Margie there. She was the one constant for three decades." 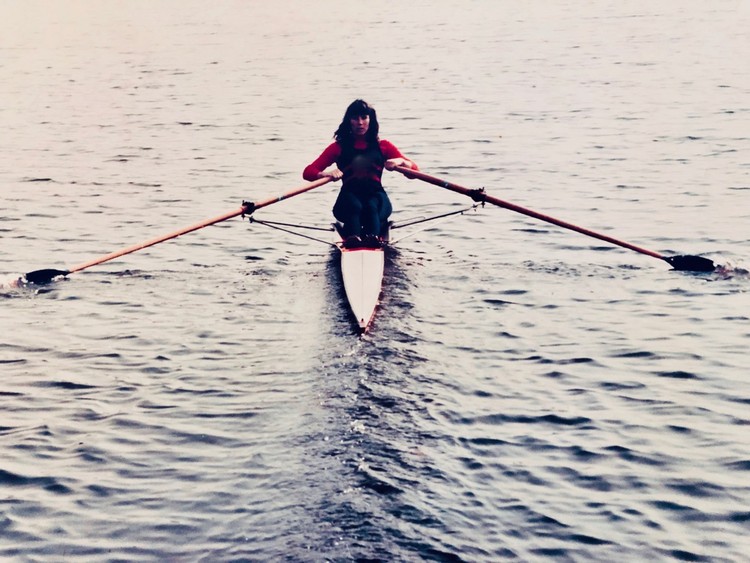 "It's amazing to realize what she accomplished all on her own," says masters teammate, Wendy O'Brien. "But her friendship mattered more than all the races we won. She was such a good human being. Everyone says that about someone when they're gone, but it was just so true for Margie. The integrity of her training was matched only by the integrity of her friendship."

Norelius concurs. "Margie was so intentional and present in everything she chose to do, whether it was training or being a friend."

Margie was once quoted as saying, "I never want to live the kind of life where I will wish I could have done this or that, but then never tried." She not only tried everything she set her sights on – she included all of us on the ride. To be in the boat with Margie was not about rowing – it was about sharing a great life.

She will be missed. 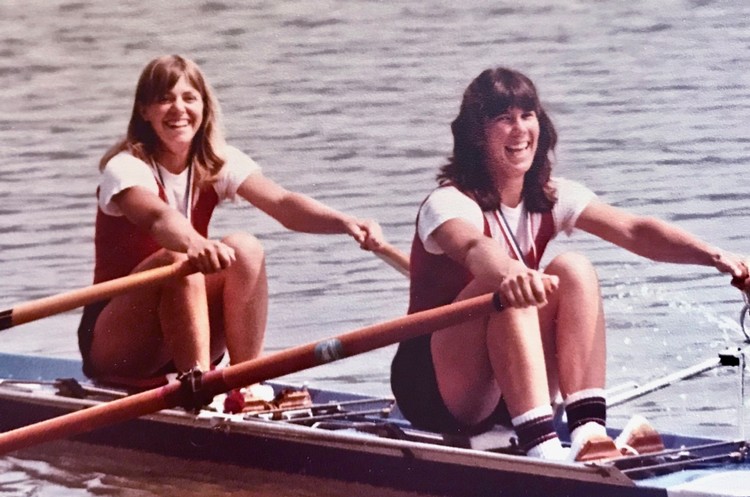 Margie in double with the author 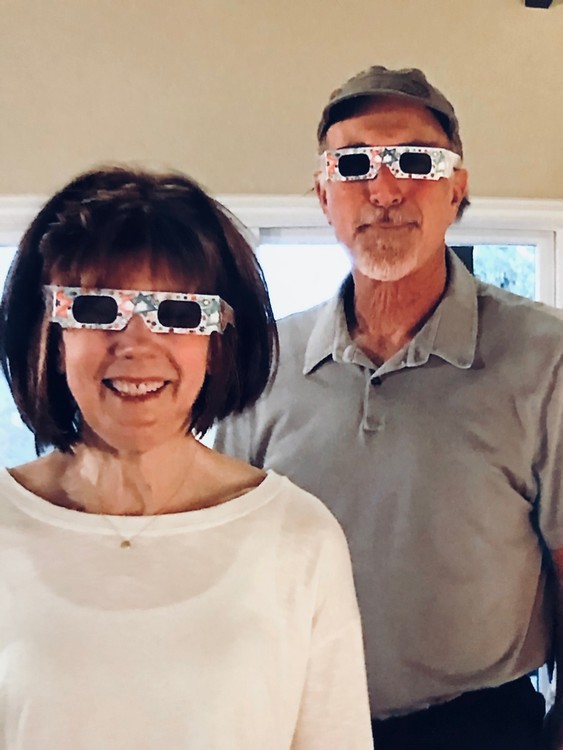