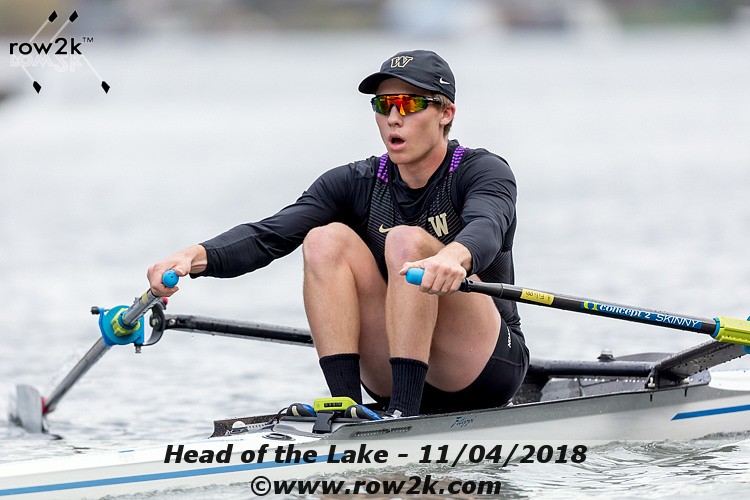 This week's row2k Interview is with Washington sophomore Chase Deitner. We talk with Deitner about medalling at U23 Worlds in the LM4x and rowing at Washington as a lightweight.

row2k - How did you get your start in rowing?
Chase Deitner:My family moved to Australia in 2012, and before that, I had no exposure to rowing at all. I can remember watching the London Olympic Games and seeing rowing for the first time. It looked insane. It turned out that my school, Scotch College, offered rowing as a summer sport, and I thought to myself, why not? Soon enough I was hooked to the intense spirit of competition and friendship that the sport gave me, and the rest is history.

row2k - You were an American living in Australia, how did you end up at Washington?
Deitner:It was always my intention to go to college in the US. I'm not an Australian citizen so it just made sense. I knew I wanted to continue rowing, as it was such a big part of my life, and I also knew that I wanted to study engineering. Because of this, I decided to apply for universities that had both great rowing and engineering programs. Washington was at the top of that list.

When I was applying for universities I was nowhere near fast enough to be recruited, so I knew I would have to walk-on. When I accepted my admission to the University of Washington I don't think I understood just how competitive the selection process for the team was. Luckily I got a lot faster over the 2017 summer; I competed for the U21 Australian team in the lightweight double, which was an amazing experience. However, I was still extremely nervous about whether I had made the right decision coming here, as I was unsure if I was going to be able to walk-on to the team. Thankfully, everything ended up OK, but the first few weeks of fall quarter were some of the most intense of my life.

row2k - You made the USA U23 LM4x this past summer that won bronze. How did that crew come about?
Deitner:This past summer was one of the most amazing experiences I've ever had in rowing. It was the first year that US rowing had hosted a U23 LM4x selection camp and I really wanted to row internationally over the summer. I applied not thinking I would even make the cut, given how strong the US collegiate lightweight programs are, but I thought it was worth a shot.

I ended up getting an invitation and the ten of us that were selected for the camp trained out of PNRA/Mercer for a few weeks before the final quad was selected. We then trained up until the u23 world champs and happily medaled. The whole process was surprisingly smooth and I made some lifelong friends as well. 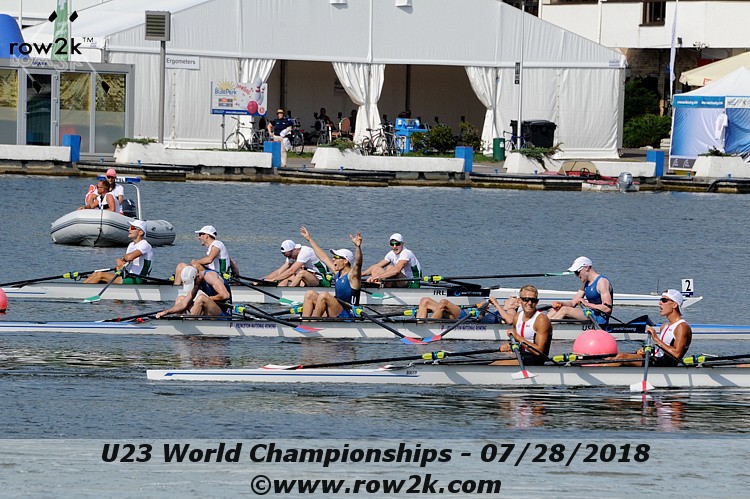 row2k - What was the racing like at U23s and what was one of most important things you learned in that process?
Deitner:As this was my first year at a world championships I had no idea what to expect. Honestly though, I was never worried. I was extremely confident on our crew's ability to perform and I knew we would do our best regardless of the competition. That being said the quality of athletes there was humbling. I remember crossing 500m to go and fourth place still had connection with first. And the fourth place boat, the Danish, had won silver in World Cup II just a few weeks earlier. Moreover, my biggest takeaway from Worlds was that at the end of the day it's just another race. A really, really fast one.

row2k - You're a lightweight in one of the best heavyweight programs in the country, what is that experience like and what are some of your strategies for keeping up with the big guys?
Deitner:One of the greatest lessons I've learned in this sport is that if you want to get faster, it helps to surround yourself with people who are faster than you. Washington Rowing is the best thing that could've happened to me, both in rowing and in life. I absolutely love the competition that being put in an environment such as Washington Rowing brings. I have an urge to prove myself to these bigger guys that drives me everyday, and when I beat one of them, which is anyone else here considering I'm 5' 10", it is an exhilarating experience that keeps me wanting more.

The best part of this program is that if you make a boat go faster than someone else, that's your seat. All that really matters here is how fast you can row. It doesn't matter if you are 'lightweight' or 'heavyweight', there are only fast rowers and slow rowers, and the coaches really emphasize this. However, I've had to adapt in order to make it here. I don't have power to waste, which has forced me to be smarter with my rowing in order to keep up with the big guys. Saying that, I don't feel like an outsider in this program, rather I am just another Husky who happens to be be able to make weight. 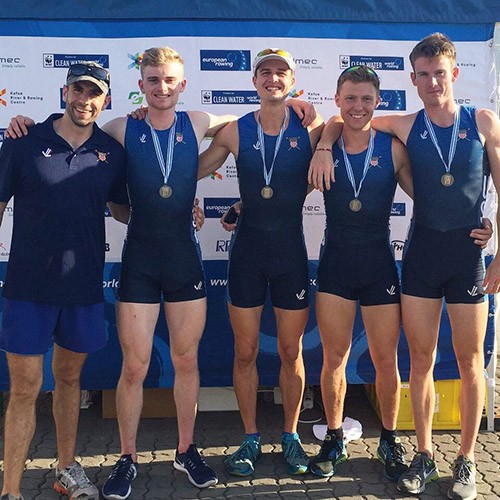 Deitner (2nd from R) with the USA LM4x

row2k - What do you like most about the sport of rowing?
Deitner:I simply love the competition between rowers, boats, and teams. In so many ways this is one of the greatest team sports, while also being an individual sport. When I first started rowing, I liked how there was a definitive answer of who is the fastest. The sport has driven me to be a better person both mentally and physically, and I don't know where I would be without it.

row2k - What are you studying at Washington, and do you have any plans yet for after college?
Deitner:I am currently studying Electrical Engineering here at Washington. I really enjoy learning in general, and after my four years are up here, I plan on getting a graduate degree. I would like to continue rowing, but I really don't have any specific plans yet. I'm just trying to keep as many doors open as I can and hopefully the right path will present itself when the time comes.