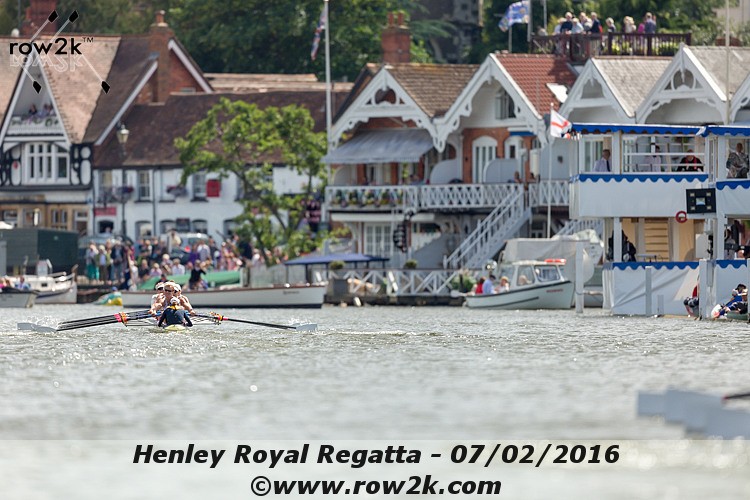 We've all seen it, even at the toughest regattas: a favored crew rages out of the gates, builds a strong lead, and then, at some point in the race, the crew appears to stop working with the same urgency as they had done at the beginning of the race.

At the 2016 IRA, row2k talked to several coaches about strategies for the heats, specifically whether to go full more or to have some kind of shut-down plan.

For example, the Yale heavy men's varsity eight had the "easiest" heat on paper, and I asked Yale coach Steve Gladstone if he and the crew had a plan to back off if they got a comfortable enough lead. Gladstone noted that shut down plans can be tricky for even the best crews, but did add that dropping the rate while keeping the boat going can work well.

"It can be very uncomfortable, because it's so antithetical to the basic mindset when you race, which is pedal to the metal," he said. "If we take pressure off, the boat won't feel good. But you can row a real sweet 33 or 34."

The following day, the Cal men found themselves in somewhat of a similar situation in the semis, and I spoke with Cal coach Mike Teti about the same issue.

"You might want to hold back a bit, but it is hard to do," he said. "Growing up from Little League all the way through any sport we ever played is to win, and to try to give your best, and give 100%. And then as a coach who grew up that way, telling your kids, well, go 85%, that is hard," he said.

It turns out that science supports the two veteran coaches in that one person's 85% is another person's who-knows-what, and it can make a big difference.

In study by Queen's University researchers, long-held beliefs that people have different adaptive responses to similar or identical training were challenged by testing blood lactate levels at a perceived effort level. In other words, asking people to find an arbitrary level of exertion somewhere between "normal" and "all out" showed widely varying results between individual exercisers.

Previous studies had found that, after telling participants to exercise at 65% of peak effort, some participants made large fitness gains over time, while others made modest gains and still others none at all. The participants who did not make any fitness gains were thought to be exercise resistant, an idea that also seemed to be supported by the fact that members of the same family often showed similar resistance to training gains.

The Queens researchers, however, believed that one person's 65% was another person's barely working at all, so went about figuring out a better way to measure effort.

In the course of the study, the researchers found that telling study participants to exercise at 65% of their peak work rate produced extremely variable actual effort, directly measurable by big differences in lactate levels, with some additional interesting observations:

To get everyone to work at the same relative intensity, instead of asking participants to go at their own assessment of 65%, the Queens researchers applied a "Talk Test," asking participants to count to 30 in a conversational manner. If they could do it, they were asked to go harder until they started to struggle to count.

Then everyone was asked to train at that level that made it hard to count, and by the end of the study, everyone had made fitness gains. By removing the arbitrary exercise level, and giving the study participants a tangible metric for gauging their output, the researchers found a better measure of exertion – and eliminated the class of "exercise non-responders" that had confounded researchers for some time.

(The Globe and Mail does a great analysis of the full study here.)

So the next time you are wondering if you are training hard enough, apply this test: if you don't have to shut up and row, it's not hard enough.