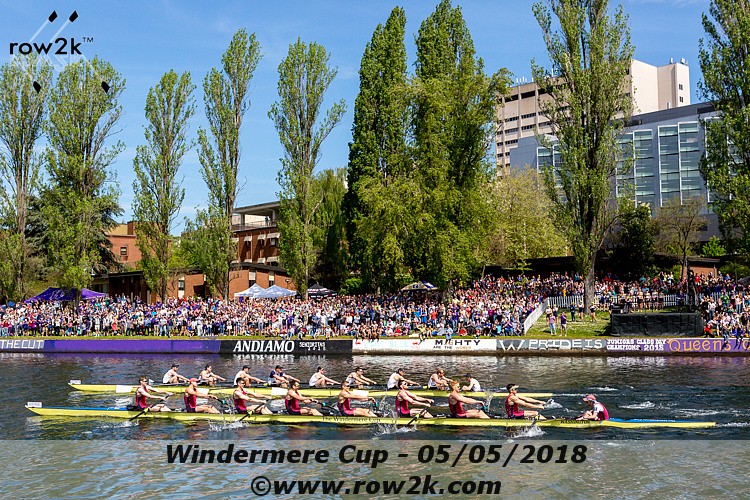 There was quite a buzz around the rowing community when it was announced that the Oxford Brookes men would be taking on Washington at the 2018 Windermere Cup in Seattle, WA. Oxford Brookes had dominated British University rowing for the past few years, including wins in the Temple Cup and Ladies' Plate at the Henley Royal Regatta. Washington had finished second at the 2017 IRA, losing by a fraction of a second to Yale and were one of the favorites to win gold in 2018.

The Huskies grabbed a quick lead of one length on Brookes and held that lead for most of the race. Brookes raced back in the last 300 meters to cut into the lead, but fell 0.4 seconds short at the line.