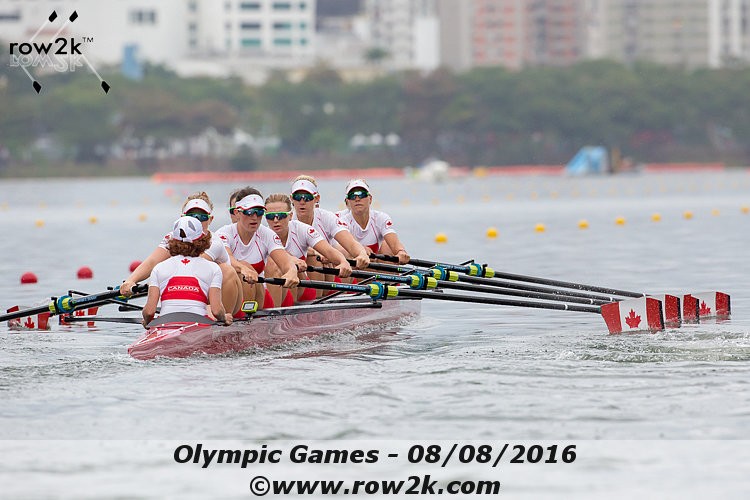 Sweep rowers at the catch taken from the stern

In the past, these technique articles have predominantly pertained to sculling but there are some technical areas that are singular to sweep rowing. The most prominent is that in sweep the body follows the arc of the oar as it swings out to port or starboard at the catch and then again at the finish. While the sculler keeps their body right over the keel, the sweep rower keeps their body directly behind their oar. 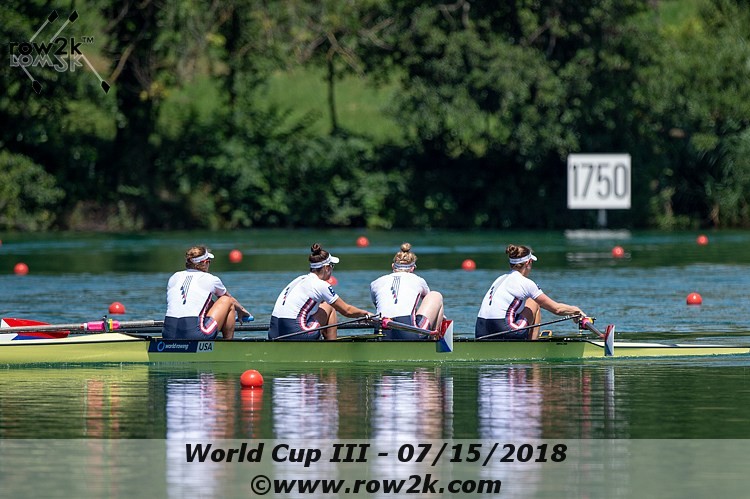 Bodies following the arc of the oar at the catch

The most common mistake is leaning away from the oar at the finish. If all the other rowers are leaning into their oar but one leans away, there is no longer an even number of people leaning to port and starboard, causing a loss of set at the finish. 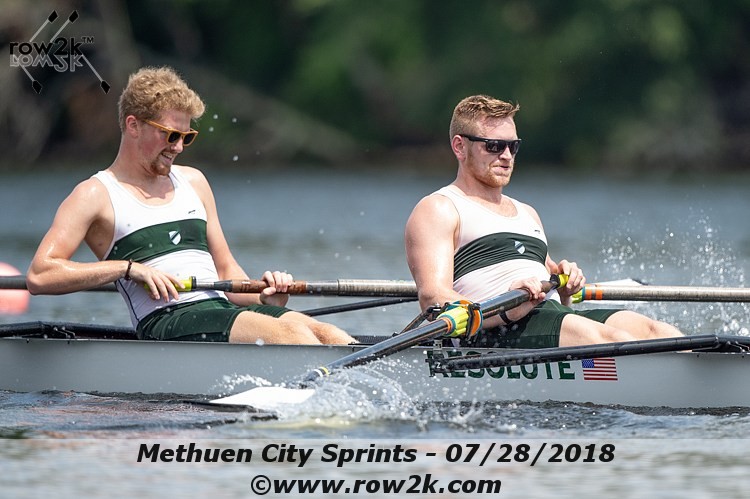 Leaning away from the rigger at the finish

On top of that, it's a weaker position - you don't want to lean away from the work but instead keep the body weight hanging off the oar all the way into the finish. 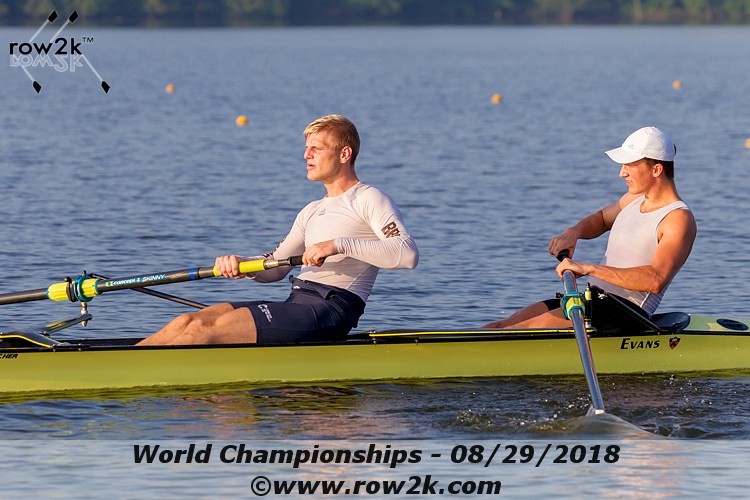 Leaning into the oar at the finish

People have less trouble with this concept at the catch. Here again, you want the body to follow the oar as it swings out towards the rigger. 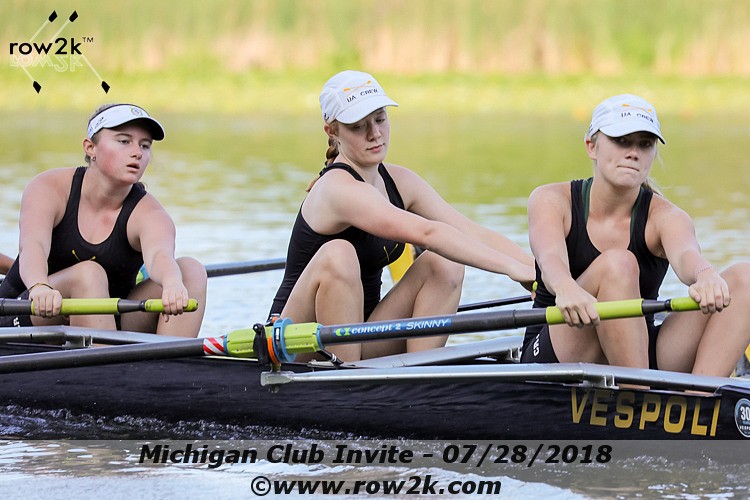 Outside shoulder down at catch

What you don't want to do is drop your outside shoulder as you approach the catch or to let your outside hand lose its grip on the oar. These both tend to happen if the inside arm is kept straight; instead allow it to relax. 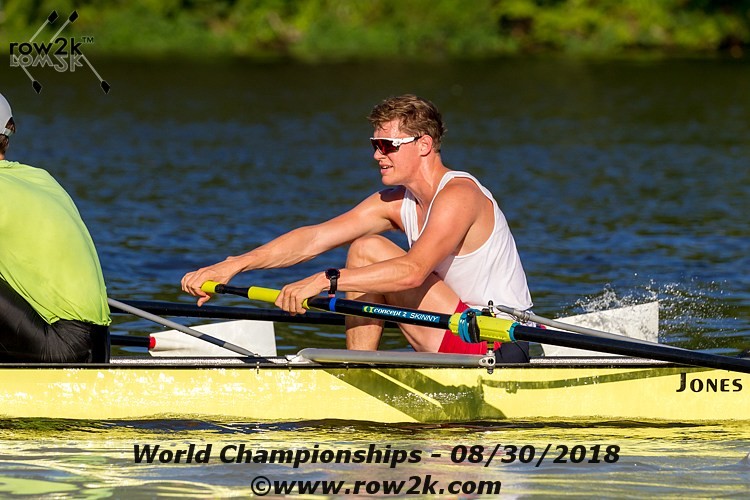 Relaxed inside arm at the catch

A practice I'm not strongly in favor of is having rowers switch back and forth between port and starboard. While it may work for some, most people fail to master both sides and in the end, probably row neither side as well as they could. One common mistake that comes from this practice is feathering with both hands. 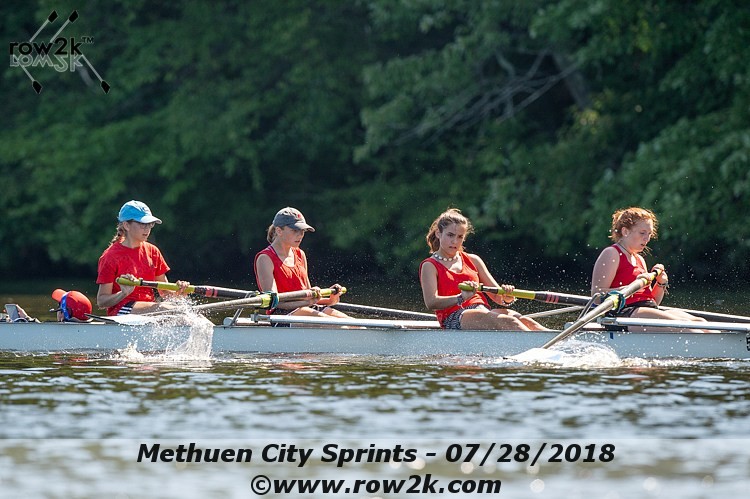 Feathering with both hands 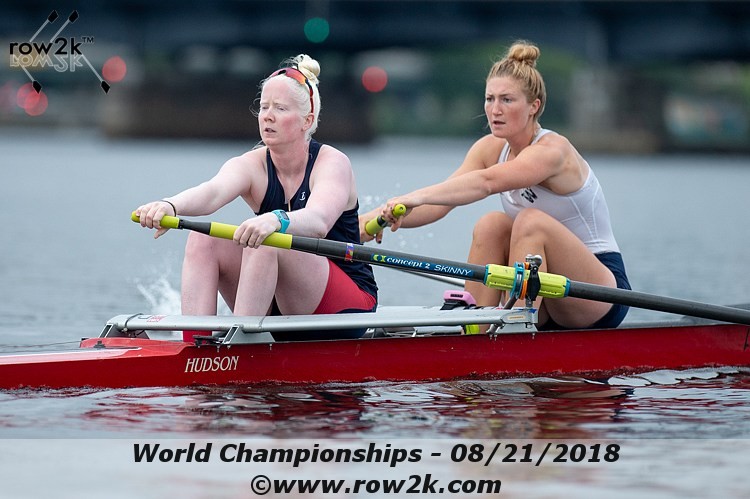 Grip on the oar - outside hand at end of handle, inside hand not too far down

The more efficiently you row, the less power you waste and the faster you go; so row smart and go fast! 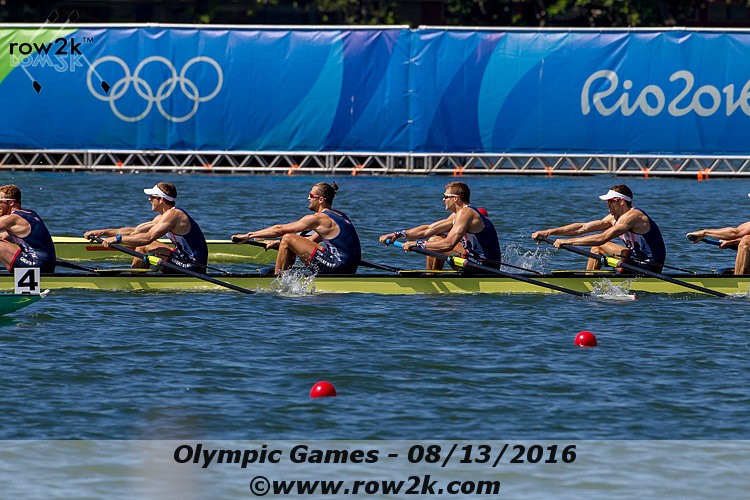