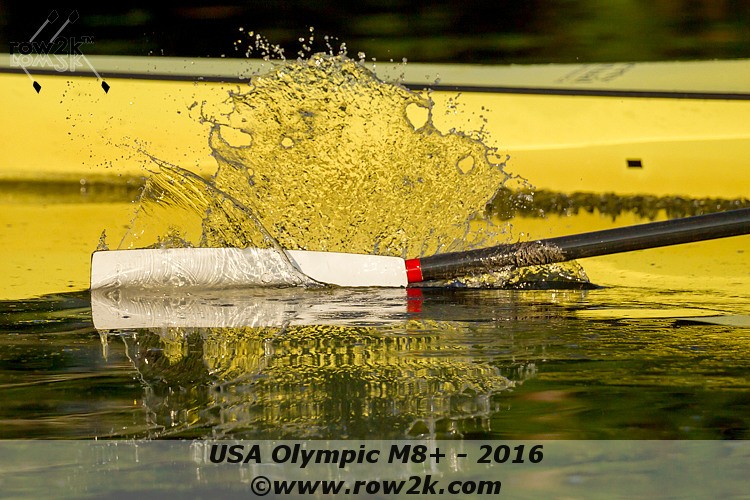 What's going on in the boat? Read the puddles.

Your boat's puddles are valuable real-time indicators of what is going on in your engine room. Not only for the obvious things, such as who is pulling hard, but also whether the oars are entering and exiting the water cleanly, and whether they are acting efficiently to move the boat. You don't need to be a hydraulic engineer in order to benefit; you'll soon develop a sense of when the shape, and the sound, are right.

The oars must move the boat, not the water. You are looking for hard, flattened ellipses, those distinct, half-moon footholds in the water which hold their shapes, dark and deep, as they pass your stern. If they are staying in that shape, with a minimum of internal turbulence, you can be satisfied that the oars are going in cleanly and square, and finding firm footing. If their shape is changing too much, (e.g. if they are becoming too elongated, or if there is too much white water curl shooting out over their tops), then watch your blades to see whether they are too shallow, or else the blades could be moving before they are firmly locked in the water. If the curl at the leading edge of the puddle is going the other way (i.e. forward in the direction of the boat), it suggests that the oar may be going too deep, causing the water to slide over it.

A little bit of backsplash off the blades as they enter the water is usually a good thing, because you can be confident that the oars are backing firmly into the water. (Granted, there is a lot of debate about backsplash -- how much is too much? There is also a body of opinion which says that backsplash is undesirable because it represents reverse effort. Your coaches will determine your program's style.)

Puddle separation is another key indicator. It is vital that the stern pair be clearing the puddles left by the previous set of strokes. (This paragraph applies to Eights; if you're not clearing your puddles in a Four, then your stakeboat holder has probably forgotten to let go.) If your stern pair's oars are dipping into the remains of the puddles from the bow pair's last stroke, they will be pushing against a disturbed area of air and water, substantially reducing their power. If your boat is not clearing its puddles, then the pressure needs to come up, or the stroke rate needs to come down. Puddle clearance is a more valid indicator of a good rating than anything your CoxBox can tell you. Often your Stroke will feel it through the oar that something is not right, and tell you.

Sound -- as well as shape -- can tell you a lot. Ideally, your puddles should be almost silent; perhaps the slightest low-pitched "crump" sound as they go past your ear. A high-pitched splash tells you that too much water and air are being moved, or that your blades are "feathering out of the water" instead of releasing cleanly. A ragged edge to the puddle may mean that the oar is bobbling through the water instead of maintaining a constant depth on the drive.

That bottom-of-the-barrel sucking sound that you sometimes hear at the beginning of the stroke is an indicator that the blade is cavitating -- meaning that the flow of the water (the boundary layer) is separating from the forward side of the blade. This is not a good thing because it leaves a turbulent vacuum instead of a smooth flow of water ahead of the blade, reducing its power. (Remember that scene in "Hunt for Red October"?) Cavitation is often caused -- and is similar in effect to -- the blade missing water, and it means that the blade is not smoothly planted prior to the leg drive.

All these things are subtle, and should be taken as indicators, rather than absolute guides. Being aware of your boat's puddles out of the corner of your eye will sharpen your skills and alert you to diagnoses and remedies that will give your boat an edge. It is similar to reading footprints; skilled trackers will see much that others might miss. 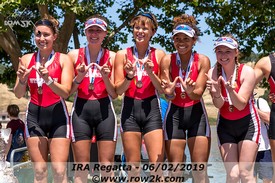 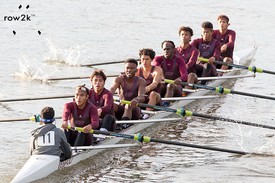