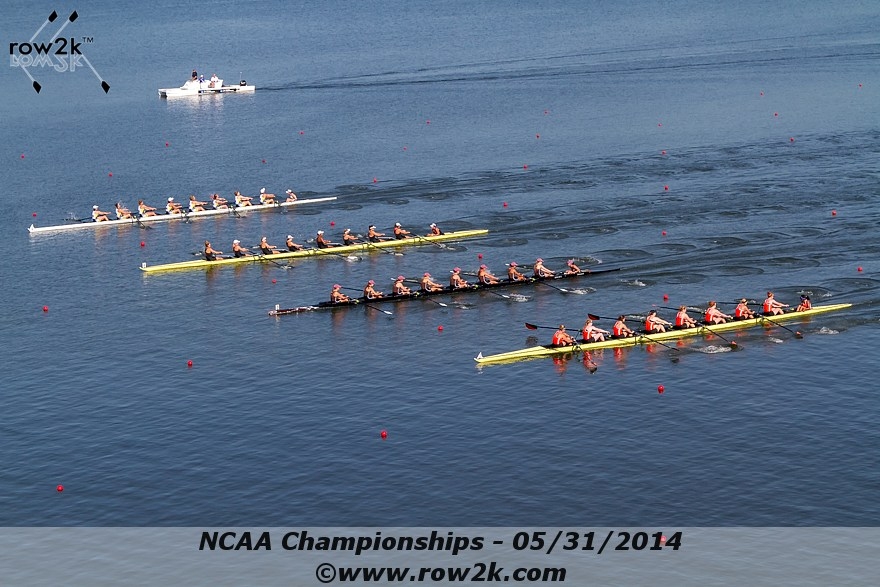 This photo is from the last 100 meters of one of the closest races of 2014, the second semifinal of the women's Varsity 8+ at NCAAs.  From the row2k race report:

"The second semi was nuts, with never more than 4-5 seats separating the top four crews. When they finally got close to the line, it was four across for what seemed forever, and when they crossed, it was only the surge of the bows that separated the crews, with less than half a second from first to fourth. When the photo finish review was done, Stanford had won it followed by Brown, and it came down to 0.2 second between third-place Michigan and fourth-place Princeton, who fell on the wrong side of the tiny bubble."

The placing of the top four crews at each 500 went: