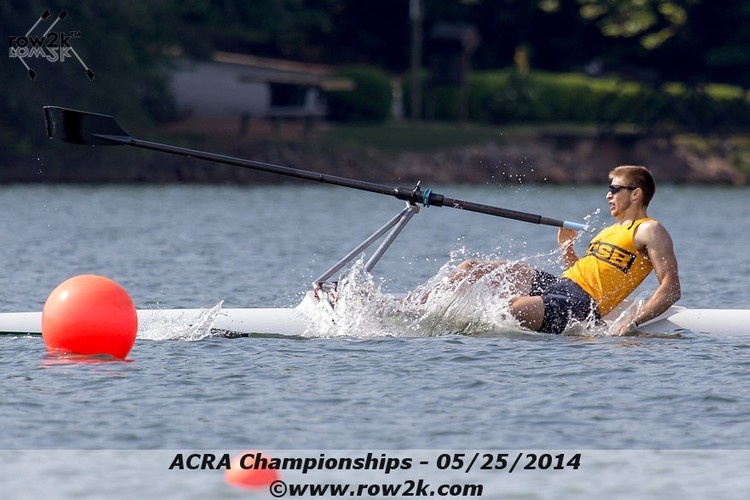 Some say there are those that have flipped a single and those who are going to.  At a championship regatta flipping your single usually means you won't see the podium any time soon.  At the 2014 ACRA National Championship James Anglin of UCSB had other ideas.  James flipped his single however he waited until after he crossed the finish line in first place!  The entire sequence can be seen here!  Photo by Adam Bruce.