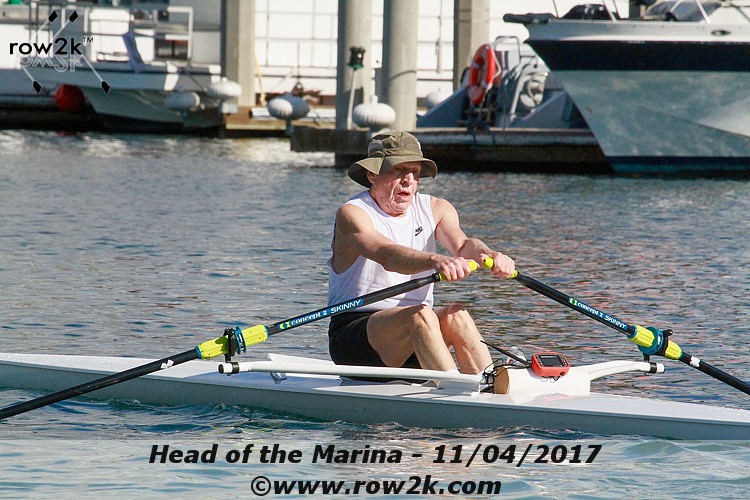 Howard Ruby rowing in the Head of the Marina

As he turned 81, a progressive degenerative disease left retired California businessman Howard Ruby sightless, and he decided one of the best things he could do for himself as he aged was focus on being fit - he had a feeling that it was either time to get moving or fall into a pattern of inaction.

"I decided I was going to be fit, unlike so many other people that give up in their 80s," Ruby said. So, he made changes in his diet, built a home gym, and filled it with exercise equipment - including an erg.

Given the fact that he had gradually lost his sight to retinitis pigments, or RP, a disease that attacks the retina, a piece of sports equipment that has a very specific back and forth motion, like an erg, was appealing to Ruby.

He had tried skiing, hiking, jogging and a few other activities, but began to feel that without sight, they were not the kind of sports he could master and use to get fit. But the erg, well, that felt different.

"I tried some other sports, and when you are lacking sight, that makes it a really different thing," Ruby said.

"People play golf and ski without eyesight, but I couldn't get used to the idea. With someone that has trouble seeing, if you have a track to go on, you’re not going to get in the same trouble you would skiing or going after a golf ball.

"So I decided to look on the Internet and find out how to get started."

His investigations led him to iRow Fitnes, a rowing fitness studio in Marina Del Ray, and its owner/instructor Iva Boteva.

Boteva got him started on the erg and he was quickly hooked, becoming an erg class regular. "Then, one day when I was in one of her classes, Iva said I have a cancellation for tomorrow on the water and she asked if anyone wanted to take that. I had no idea I would ever go on the water and I said sure, I'll go," Ruby said.

"And, she was gutsy enough to take me when I was not seeing and I was 81 years, old and brand new to the sport. She took me out on the water and that started the whole thing."

The "whole thing," was rowing on the water. Some people Ruby's age might have felt that was erging was already challenge enough. But starting to row at 81, without being able to see, was another level of challenging.

But Ruby was game, and after some time rowing in a double he tried rowing a single. Botiva rowed beside Ruby and used voice commands to teach him to steer. With limited time and an entire program to run, Ruby said Boteva steered him to the California Yacht Club and coach Craig Leeds, who began helping Ruby learn to row on a regular basis. Ruby either rows in a double or alongside someone who can help him steer.

"I've been on the water most days ever since," Ruby said. "And I've developed an amazing love affair with the sport," a love that Ruby said was "sealed" after reading the book, "The Boys in the Boat," the Daniel James Brown novel about the University of Washington crew that won the 1936 Berlin Olympics.

"I've read that book three times now," Ruby said. "That clinched it for me."

Falling in love with a new sport might have been enough of an accomplishment for many people who just entering their 80s, but it was not enough for Ruby.

Last month Ruby completed his first race and rowed his Maas single in the Head of the Marina Regatta with Leeds following in a launch to guide him through the course. 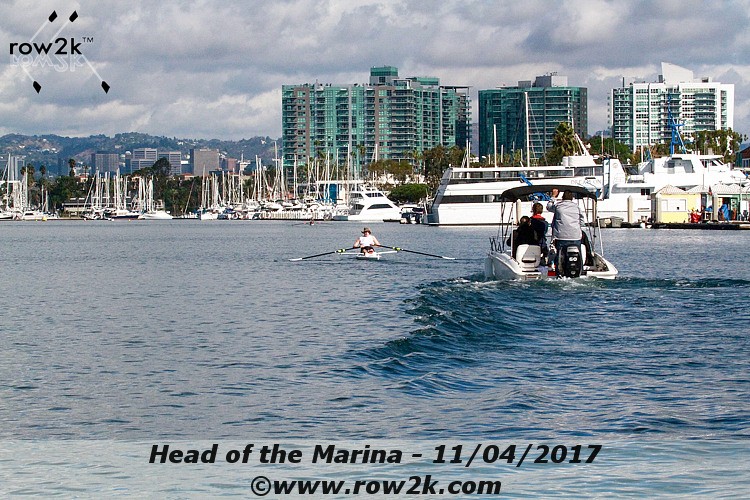 Now he has a new goal - the Head Of The Charles next fall. Ruby has a partner lined up and is training toward rowing in the Directors Challenge Mixed Double event.

"I'm a very competitive guy and I believe that the competition aspect of it keeps me really striving, and I love the idea of trying to reach new goals," he said. "The Head Of The Charles is the most exciting idea, rowing in what to what to me is the equivalent of the world cup of rowing."