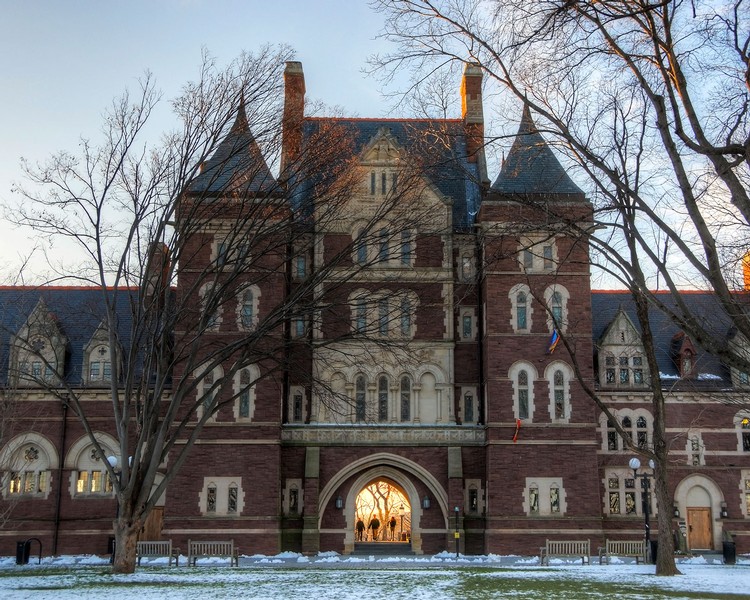 The Trinity campus in winter (photo credit: Decaseconds on flickr)

In lieu of an adversary, we often create our own.

I've already mentioned that all the Trinity squads got along well - whether they were composed of men or women, frosh or varsity, heavies or lights - but of course this was a relative truth. It has about the same veracity as if I said, "Everyone in our boat was best friends." In other words, it isn't pure hogwash, but it does require further clarification.

As anyone who has ever rowed knows, a crew team is seldom a cohesive unit 24/7, despite all the mumbo jumbo written by advertising agents, Hollywood script writers, or non-rowing authors wishing to romanticize rowing in the public eye.

So what's the real story?

As far as I can tell, an oarsman's truth is relative to his/her proximity to water. Put an oar in their hands, a boat below them, and that is when things start to get real. Tell them to shut up and row hard and stay in time with others, and then you begin to find out what really matters. Everything else, is, well, hypothetical and make-believe. And oarsmen seem particularly prone to hyperbole whenever they are marooned on dry land. 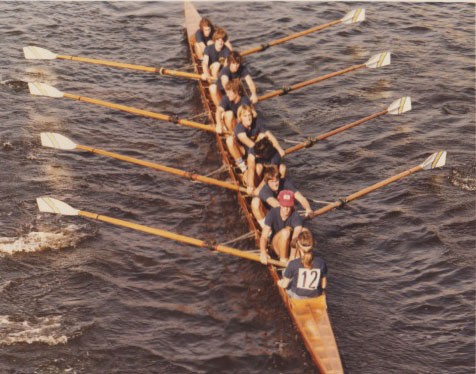 "I pulled a massive erg this afternoon," Mike Bradshaw announced at dinner one evening, about a week before our holiday break. He was the captain of the frosh heavyweights and one of the strongest guys on the squad. His eyes quickly scanned the table see if anyone was impressed by this random proclamation.

"Well, I took a massive dump this morning," Porgy offered.

The frosh lights chuckled and the heavies grumbled.

"Now that's a load of crap," one of our guys shot back.

"Yeah, we can kick your butts!" said Joe Rhineman, a normally soft-spoken guy from California. We all stared at Rhino, wondering what he was thinking and how we could ever made good on this boast.

We all sat together in the dining hall, but there were subgroups within the overall Trinity crew program - bow fours and stern fours, men and women. Recently the frosh heavies and lights had begun to split off into their separate camps, with both groups competing for Coach Poole's attention. Poole was a former heavy, so his natural sympathies lay with that group, but we lightweights were set on proving our worth in whatever way possible.

And now Rhino had thrown down the gauntlet.

Winter training wears on everyone's nerves, as does the grayscale of winter in general. Not only does the absence of light have a negative effect, but also the absence of water adds another challenge for oarsmen. When you take them away from the rigid structure and soothing rhythm provided by an eight-oared shell, they quickly begin to revert to the native savagery of individualism.

As I've mentioned before, coaches can make use of these competitive aspects of human nature as they will, and either create workouts that build team cohesion, or pit people against each other. A skillful coach will of course balance these two modalities.

Team runs were one attempt at the former enterprise, and the streets around West Hartford offered some reasonable running routes. During our first freshman team run, Mike Bradshaw quickly broke from the pack, challenging the rest of us to keep pace with him. I hung just behind and studied his stride, trying to determine if his enthusiasm was sustainable.

Just then another lightweight sidled up next to me. His nickname was Wean and he had just joined the lights, having decided to give up wrestling.

"Did you run in high school?" he asked.

We ran side by side, stride for stride, for the next half mile, settling into an easy rhythm. The total distance for the run was five miles, and Coach Poole was waiting for us with a stopwatch at the finish line.

"So when do you want to pass this joker?" Wean finally asked.

I laughed. "Let's take him in the last mile," I suggested.

My running partner reluctantly agreed, but I could tell that he was chomping at the bit.

Wean, whose real name was Mark Malkovich, was clearly an excellent, if impatient, athlete. No one knew where his nickname came from, but it fit him well, for he had an almost childlike side that often prompted him to utter nonsensical phrases whenever he was required to physically restrain himself.

"Balls. Balls. Balls!" he blurted out, and then repeated the words to himself, like some sort of weird mantra.

I glanced over and he just smiled back, not offering any explanation. I usually preferred to run in silence, but it was good to have the company, nonetheless, despite Wean's affectation.

Mike Bradshaw was quite strong, but like most heavyweights he was not ideally suited for running. The bigger you are, the more you have to carry. And after a few miles, when his pace began to wane, my new companion and I finally made our move, sprinting by him with no mercy.

I started laughing and just couldn't stop. I got a side stitch eventually, and I had to slow down over the final half-mile. Bradshaw was still far behind, however, chugging along with the other non-runners.

"That was for the lightweights!" he crowed, when the other runners got within earshot.

I smiled. Still, I felt a little badly about what we had done to Mike, who was actually a decent guy despite his Eagle Scout affectations. It was, after all, supposed to be a team run.

Then again, it always feels good to win.

Winning definitely does something to your brain. Like sugar, it injects you with an instant high. On the downside, it can also leave you hungry for more and override your sense of goodwill toward your fellow man - especially when he stands between you and the finish line.

As I stood there, waiting for Bradshaw and the others to come in, I couldn't help but think about the other Mike in my life, my old nemesis from high school, Michael Caluso. I wondered how he was doing at the Coast Guard Academy and what sort of training they were going through during the off-season.

Winter training, too, does something to your brain. All the working out that we did, despite its obvious heath benefits, was having its own downside. While weight lifting, running, and erging were certainly adding heft to my major muscle groups, they were definitely subtracting from the density of my gray matter. It could have simply been that I had less time to hit the books and exercise my mind, but by 8 pm, I was more or less useless for anything requiring much concentration.

Unless, of course, it concerned the opposite sex.