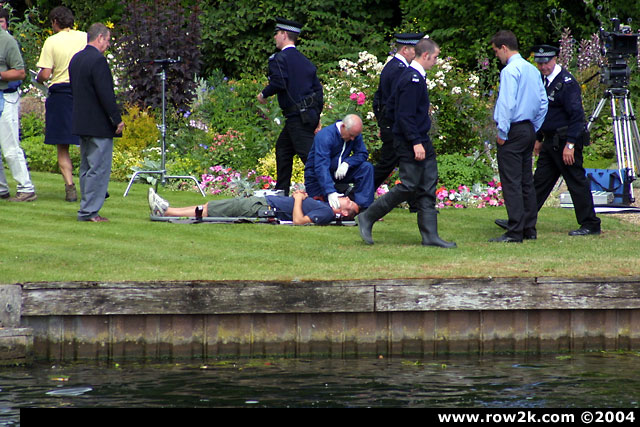 Midsomer Murders Dead in the Water episode, Henley
List of rowing scenes appearing in media, as suggested on RowingMasters listserve. In many instances, more information is available at www.imdb.com, or at the links below. This list is by no means exhaustive, and accuracy is not guaranteed, but it's a start! Listed in order of production. The thread was headed by Margot Zalkind, with thanks to Deb Klingaman for compiling, and to the USRowing Masters Committee for asking. Revised 2/5/05; see also the Rabbit's in-depth look at many of the same "films:" Rabbit's Guide to Rowing Films.