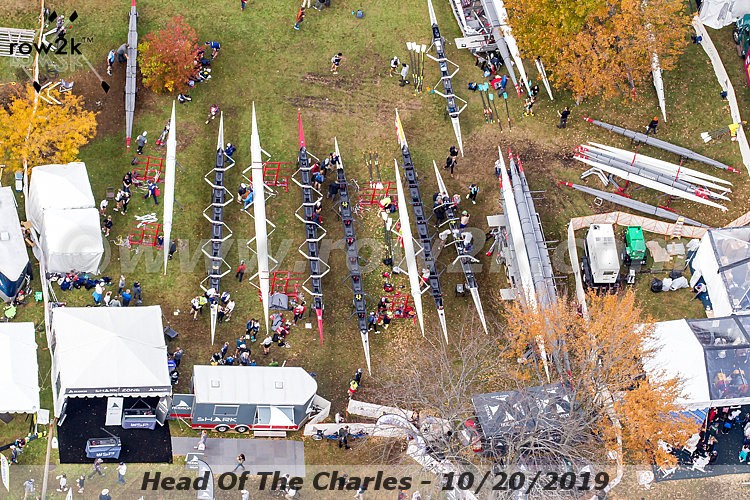 No matter how carefully prepared you are, the complexity of regattas inevitably throws unexpected variables into the mix.
On-Board Coxswain Kit
Obviously, the less you take on board, the less weight. Most coxswains have two toolkits: their comprehensive on-shore kit (some of us could proudly fix a Boeing 777 with the array of hardware we carry around), and the reduced subset, which we actually take on the water. Better to have an extra tool with you than to risk losing a race because something came loose on the way up to the starting line.

A "race weight" kit usually contains:
1) universal coxswain tool (sold by Buffalo Rowing on row2k.com). These are very light weight, and should handle just about every nut on the boat from wingnuts to rigger topnuts. (for Empacher and Fillipis, see below). They save weight and simplify life by replacing several tools.

2) 7/16 wrench (I buy them in the 3 for $2.00 packs in hardware stores, so it's no sweat when they get lost.) Useful in addition to the universal tool in case you need the leverage to tighten down a rigger nut on the outside of the hull while on the water.

All told, the above gear is about 6-7 ounces, and should handle every reasonable on-board emergency you can expect to occur. I also have a very useful adjustable tool for Empachers and Fillipis (whose bolts are different sizes). It's a few ounces heavier, but its versatility more than makes up for the extra weight.

Extra sunblock for your rowers is another item you might want to carry (under certain conditions). You never know when you might find yourself spending an unexpected amount of time on the water because of a delay in races.

Know as much as you can about the sequence of races in the regatta, and talk over details and launch order with the other coxswains on your team. Coxswains working together can help all their boats collectively. Be aware not only of your own boat's launch times, but the others in your crew as well, so that you have a sense of which equipment will be used, and in what order.

True, there is a fine line here between filling your head with unnecessary information and being helpful. You don't want to overload or distract yourself. Your coaches are used to worrying about the big picture, but you can be helpful to them by being familiar with it. If you know -- for example -- that your boat has to go back on the trailer between races to leave the slings free for another boat to rig, it can smooth the whole process.

"Packet, packet, who's got the packet?"
The packet of registration information and bow numbers is crucial. Usually one coach (often the one with the earliest race) will be entrusted with picking it up from regatta headquarters. All the coxswains, however, should know where it is and who has it. Memorize details such as your bow number and race time before the regatta.

Even if you do not have time to walk the course, at least walk the path to the launch area ahead of time and plan it out in your mind, noting obstacles. Describe the path to your crew ahead of time. (See www.row2k.com Believers in the Stern column "Point of Greatest Hazard" for details of handling crew shells on land.)

There can be backups at launch docks, and your crew may have to wait in line to launch for some time. Coxswains should always carry slings with them to rest the boat on so as to avoid tiring your rowers while standing and waiting.

Plans B, C, and D.
No matter how carefully prepared you are, the complexity of regattas inevitably throws unexpected variables into the mix. Cox-Boxes go dead; the team bus or the trailer arrives late; the slings you thought would be free to rig your boat on are still occupied because another boat is delayed launching; your coach may be delayed recovering another boat, or (god forbid) be called away to deal with a protest; your starboard riggers may have gotten put on another boat by mistake (rigging boats in predawn darkness leads to all kinds of interesting variations), etc. etc. Be prepared to deal calmly with the unexpected, so that the inevitable minor crises which occur at all regattas don't turn into major problems which could frazzle your rowers. A calm and steady coxswain is crucial to the confidence of the crew.

The Regatta-Ready Coxswain, Part I