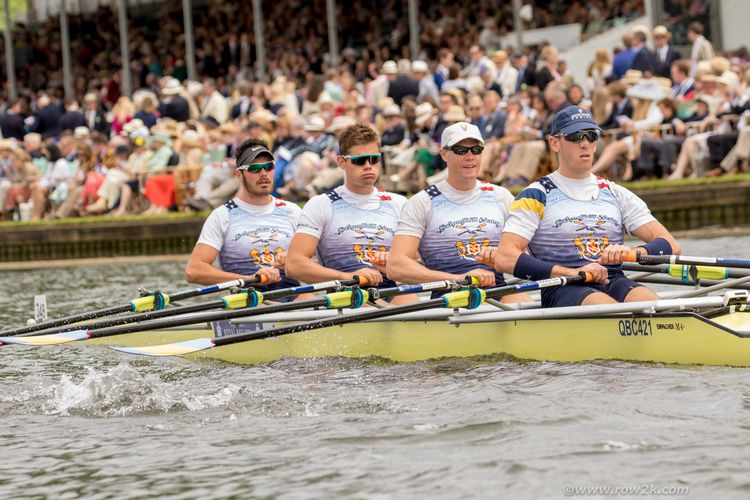 With World Rowing Cup II in the books, Henley set to begin next week in Great Britain, and the Lucerne World Cup up after that, the elite summer racing season is officially on.

But before the calendar hits the really big elite international events, The Netherlands will host a variety of elite crews Saturday and Sunday at the Holland-Beker Regatta in Amsterdam, and a group of Philadelphia-based athletes will make their European debut there as a collaborative Schuylkill Navy team.

The Schuylkill Navy's high performance collaborative will race a men's quad, a men's double, and a lightweight women's quad in Holland-Beker, after which the crews will train in Munich, Germany, before the men travel to Switzerland to race at World Rowing Cup III.

This is not the first year - nor the first event - the Schuylkill Navy has entered a crew as a centralized, multi-club group. Three of the athletes from the men's quad raced a quad event at Henley last year and won the Prince of Wales Challenge Cup.

But it is the first time the Schuylkill Navy team will represent the U.S. in international elite competition.

"For everyone in the group, this is the first time competing at a senior level," said Lenny Futterman, who raced the single for the US as an Under23 athlete and will row in the men's quad. "It's exciting and cool for all of us."

While the Europe bound crews consist of 10 athletes, the Schuylkill Navy high performance group includes 40 athletes from the Boathouse Row clubs well as from clubs located on the Schuylkill River above Philadelphia, including the Whitemarsh Boat Club and the Conshohocken Rowing Center.

Racing in the quad is Greg Ansolabehere, JP Kirkegaard, Futterman, and Justin Keen. Racing as a double are Erik Frid and Luke Wilhelm, and entered in the women's lightweight quad are Kathryn Schiro, Cara Stawicki, Kristen Propst and Jen Sager.

According to Futterman, the idea to form a Philadelphia collaborative resulted from a push by USRowing during the last Olympic cycle to focus support and funding on a select group of for the 2016 Games, most of them sweep boats. The men's and women's lightweight double sculls were among the supported Olympic crews, but all sculling boats became trials boats, and the country looked to the US club system to produce those crews.

One of the biggest challenges to sending the best crews to trials under a club system is an historic reluctance for individual clubs to work together. With Philadelphia being a center of rowing in the Eastern US that has several clubs with athletes that have elite racing in mind, it made sense to bring the clubs together.

"It all started in Philadelphia last year after Olympic trials when we made a boat for Henley with the premise that this is the first time that all of the clubs from Philadelphia are going to race together as the Schuylkill Navy, and not as a composite entry from several clubs," Futterman said.

"The whole Philadelphia community rallied around it quite a bit. And this year, people have really gotten behind it and are supporting it."

The effort is supported by all 18 Schuylkill Navy clubs and is being funded in part by a sponsorship with Toyota, which was recently named the official Mobility Partner of the Olympic Games, and has also partnered with the Philadelphia clubs, according to Schuylkill Navy secretary Bonnie Mueller.

Toyota has been sponsoring the Stotesbury Cup regatta since 2014, and last week the Philadelphia association announced that Toyota would be the presenting sponsor for both the high-performance group and a series of races that have existed in the city for many years but will now be part of a six race Schuylkill Navy Series (Read the press release here).

The Europe-bound crews are made up of athletes from Vesper Boat Club, Malta Boat Club, and Penn AC Rowing Association. They are being coached by Penn AC head coach and 2000 US Olympian Sean Hall.

"This is a high performance, collaborative effort that was formed to bring all the clubs on Boathouse Row together to train together for specific events," Hall said.

"It was done to bring all the best talent together, get the best possible combinations going to races and to stop, or try to curtail, competition between the clubs at these regattas," he said.

"When the talent is spread out, we're diluted, and this is an answer that brings the talent together to provide a higher level of training, traveling and better racing opportunities for international competition."

Philadelphia has in the past formed smaller, less formal, collaborative efforts under a single club banner and produced Olympic and international winning crews. That more or less ended when the US moved away from open trials for all boat classes and centralized most of the Olympic class boats into USRowing training centers.

When USRowing dropped the sculling boats from the camp systems in 2013, the opportunity for cooperation between clubs opened in places like Boston and Philadelphia where there are several boat clubs on the same river.

The Boston Rowing Federation was responsible for the camp that produced the 2016 men's lightweight double that won trials and reached the finals in Rio, and supported the efforts of Rio Olympic silver medal women's single sculler Gevvie Stone.

This spring, the Schuylkill Navy sent several sculling crews to both the USRowing speed order and selection regatta events, and had five of the top six doubles in the final at NSRII. The Amsterdam and Lucerne men's crews were made up based on the results. 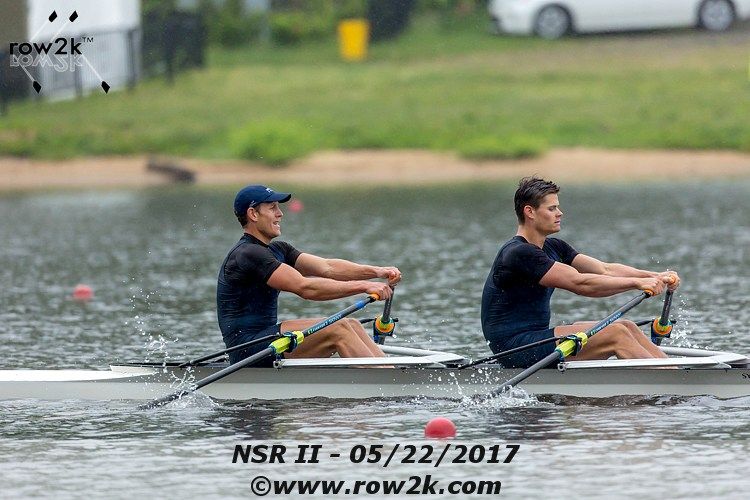 According to Mueller, the high-performance group will focus on sculling in the hopes of developing a "sculling center" in Philadelphia.

"We've been watching what's been going on in the United States and we're really trying to double down and make a national sculling center on Boathouse Row," she said. "Part of that is not just because of the resources that exist in terms of the clubs, in coaching support and fund raising support, but it is also because we think Philadelphia is a great place to live."

Mueller said Philadelphia has a tradition of supporting rowers and that with a centralized system, athletes can settle in, find work, and train toward their goals.

"We have places for them to stay, and a lot of the athletes are working in businesses run by people who are part of the community of Boathouse Row," she said. "The idea is to create a place where people come to Philadelphia and lay down roots, start a life and build a career and not have to chase a coach all around the country."

Hall said that following the European trip, the crews will begin selection and training for World Championship Trials in August.

"This is a great opportunity to get guys in one location, and the best way to get the best possible boats to represent the U.S. in these sculling events," Hall said. 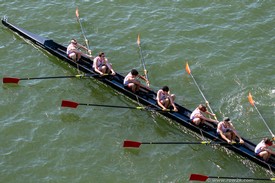