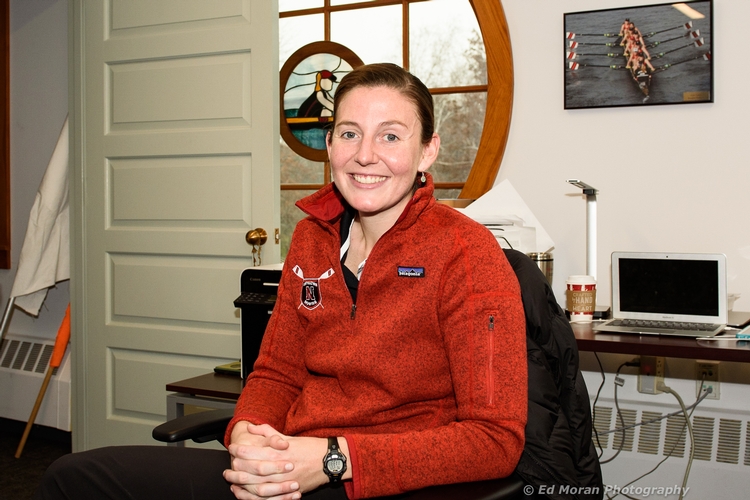 Adrienne Martelli in her office at Northeastern

Adrienne Martelli had plenty to think about in late July while she sat in an airport waiting to board a flight to Rio de Janeiro to compete in her second - and final - Olympic Games as an athlete.

She was focused on being at her best so she could help put herself and her teammates in a position to succeed when the racing started in the women's quad. But she also had the next phase of her life and rowing career to think about, and she needed to make a phone call to Boston.

"I knew this was going to be the end of elite training for me," Martelli said last month. "I knew that for a while, and I had been thinking about coaching. I got an email from Joe (Wilhelm, Northeastern women's head coach. They had a position open and he had gotten a recommendation for me.

"I emailed him back right away, and did a telephone interview in the airport."

The conversation went well, and Martelli put her post-Olympic thoughts away and turned to the task she had been preparing for since taking home a bronze medal in the quad from the 2012 Olympics in London.

The 2016 Games did not go as well as Martelli and the U.S. team hoped. They reached the final in her event, and finished fifth. But a second Northeastern interview followed, and Martelli now occupies a desk in the Northeastern University Boathouse, happily looking out at the bottom stretch of Boston's Charles River while marveling at where rowing has taken her.

"I could not be happier, honestly," she said. "The transition has been great. Just getting to work with the team and being on the other side of things has been wonderful. Trying to share whatever wisdom that I have gained has been great."

Martelli did not mark a career coaching collegiate rowing as her life goal when she enrolled at the University of Washington. Instead, she was planning on medical school.

Still, after the training and racing has ended, rowing sometimes has a way of becoming a bigger part of an athlete's life, and Martelli is one of at least 11 national team athletes who were part of the 2016 Olympic cycle who are now coaching in college programs.

Another five, including Sam Dommer (University of Washington), Amanda Elmore, Ellen Tomek and Felice Mueller (University of Michigan) and Gevvie Stone (Radcliffe College) are either helping out or have volunteered time at big collegiate women's programs.

Some have begun – or are contemplating – a career in coaching; others are using the opportunity to stay close to the sport while contemplating whether they will return to elite competitive rowing, or move on to other opportunities.

For others, coaching is a way to give back to the sport while at the same offering a way to recover emotionally from a grueling cycle, and in some cases the disappointment of not making the Olympic team in the final months. 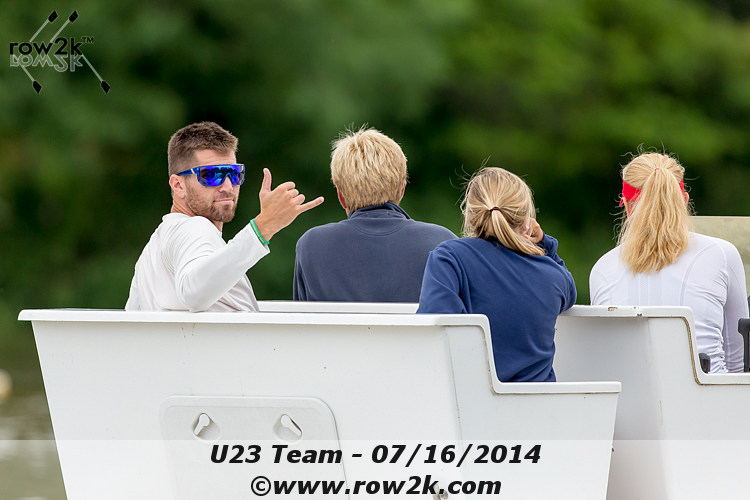 "It was a good transition from the last calendar year," said Gennaro, who was among those who did not make the 2016 squad. "It's not something I had planned all along. My love for rowing has been something that's been constant from when I started in high school, through college and after college. It gradually became what I am best at in life."

"I think Mike and I are probably in the same boat on this," said O'Brien, who took a position at Virginia, her alma mater. "We were talking a week or two ago about it. After training so hard, it's a big disappointment when you do come so close.

"When I saw this position was open I thought, 'Maybe I'll do this for me. Maybe it's time to just do something for me," O'Brien said.

"Yes, the all the national team training was for me and I had this goal of going to the Olympics one day. And while I didn't make it, I did have this amazing experience at the training center, and I did make two senior national teams, and I did get a gold and silver medal. That's something I am obviously proud about, but for me this was something I wanted to do for my own mental state and emotional strength. Coming back to UVA was something I needed to do for me."

No matter what the reason, or the length of time they decide to spend coaching, athletes who have trained and competed at the elite level bring a wealth of knowledge and experience when they climb into a coaching launch. 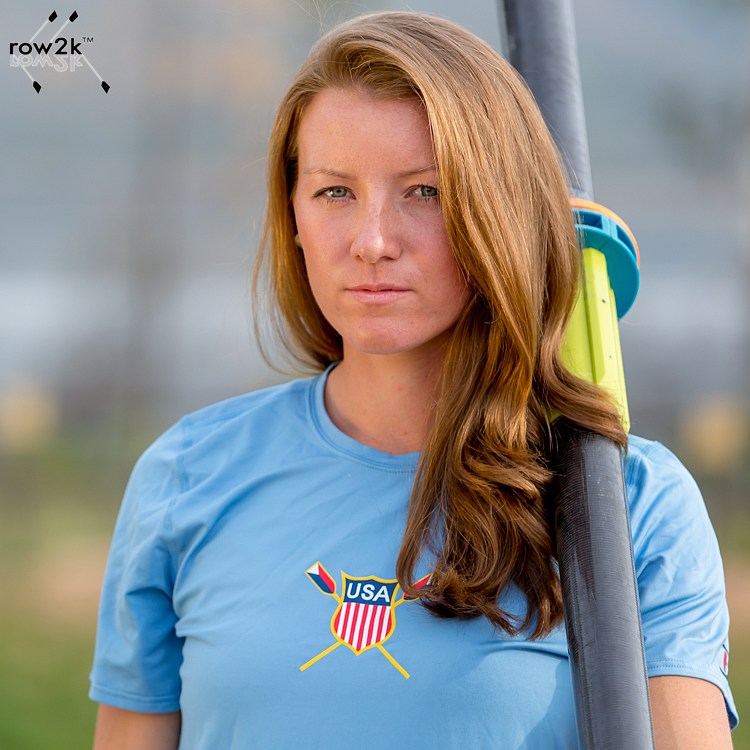 "Having both Brett Gorman and Kristine O'Brien as assistant coaches here solidifies the belief that the biggest contribution they make is the fact that they know what it takes and can communicate that to the women in ways others might not be able to," Sauer said.

Yet, even with that level of experience, there are still new things to learn, like how to relate to young or novice rowers – in some cases athletes who are walk-ons with little to no experience – and how to teach skills and details they had taken for granted after so much time in the game.

Megan Cooke Carcagno can relate. She took a job at Wisconsin immediately after being cut from the 2008 team.

"It's hard," she said. "I think right back to when I first started and I was the novice coach at Wisconsin. I had just missed going to Beijing and I was sitting there in the middle of beautiful Lake Mendota with 40 novices, and a girl pops her oar lock.

"While I'm trying to explain to her how to put her oar back in, I just started laughing, thinking 'what just happened.' A month ago I was at the pinnacle of my sport and now I'm trying to explain to a girl how to get her oar back in the oarlock. It just reminds you that you don't realize how much you know until you have to go back to your basics."

Cooke Carcagno stuck with coaching, and is now the head women's coach at Duke University, making huge strides since she took over. In her first year, she guided her team to a first ever NCAA championship appearance and received a boatload of recognition for herself and her staff, including Collegiate Rowing Coaches Association National Staff and ACC Coach of the Year.

Martelli and the rest of the group of 2016 cycle athletes now in the coaching launch are learning first-hand what Cook Carcagno was talking about.

“A month ago I was at the pinnacle of my sport and now I'm trying to explain to a girl how to get her oar back in the oarlock. It just reminds you that you don't realize how much you know until you have to go back to your basics.”
- Megan Cooke-Carcagno

"I've had points where it's the little things that come up," Martelli said. "Because we've been around it for so long we don't think about the small things that add up. Like, if your seat comes off your tracks, how do you put it back on? And knowing if you have tightened down things. We kind of just spew out things, and they're all looking at you wide eyed."

It's a learning curve, but one Martelli is enjoying. "I feel like I can have an impact on people's lives, and that's important to me," she said. "Rowing in my life has been such a huge gift, and being able to still be in that world with people that I know is a natural transition for me.

"Rowing has been so important to me and being a coach and still being out on the water seemed like a perfect fit. The team has been great. They welcomed me with open arms and it's been a blast to work with them."