In the photos we have posted the past few days, it became clear that clashes, crashes, dunkings, and rowing carnage are an almost routine part of the racing. So it probably comes as no surprise that some rowers became near-lifeguards during the racing, including a stunning display of sportsmanship by a Belgian men's double.

The Norwegian men's double of Kjetil Borch and Jan Oscar Stabe Helvig had grabbed the lead in their A final, but at the first buoy broke an oar in a clash. The Belgian double of Maxime Andre and Gaston Mercier also broke an oar, and the Belgian crew handed over their intact oar to Norway so they could finish the race. 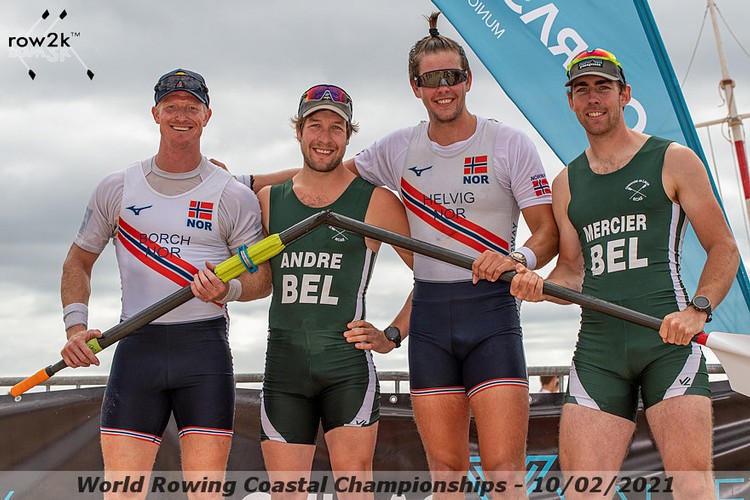 The Norwegian and Belgian doubles with broken oar post-race

The United States had five boats racing in the A finals at the Praia da Torre.

In the men's coxed quadruple sculls, the Great Miami Rowing Center crew of coxswain Bennett Rossell, Kory Rogers, Chris Bak, Marc Oria and Ben Booth finished sixth in the A final, covering the course in a 24:01.90. Ukraine's SO RC "Dnipro" ZCU won the gold medal in a 22:40.91, finishing more than 30 seconds ahead of the Czech Rowing Association in second place. Great Britain's UL Tyrian Club took home the bronze, finishing in a 23:26.99. Great Miami stayed in contention for a medal through the third turning buoy, trailing UL Tyrian by just a canvas as the crews worked their way back towards the beach. But the GB crew, which included British Tokyo 2020 Olympic medalist Jack Beaumont, was able to pull away over the final third of the course to secure the bronze. 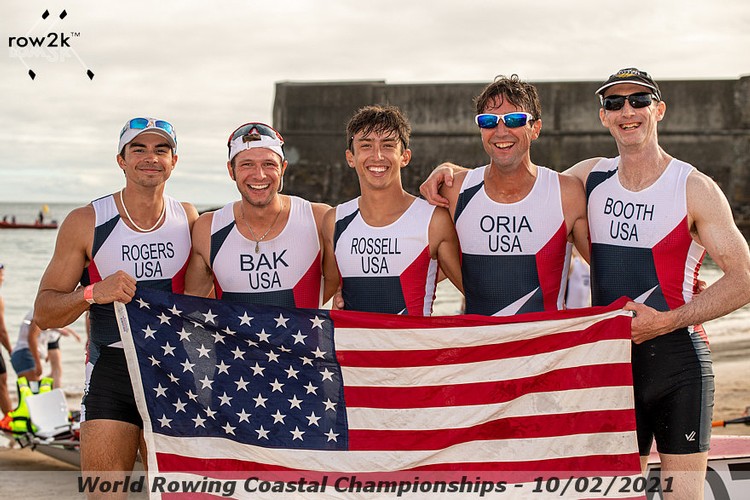 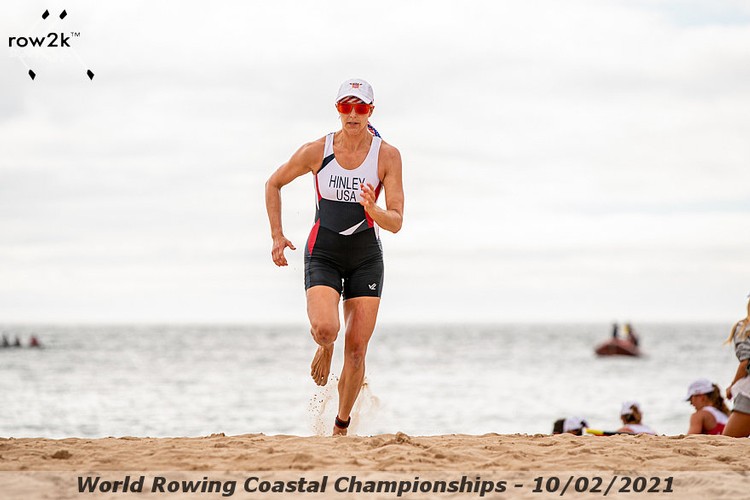 In the A final of the women's solo, Bair Island Aquatic Center's Hannah Wayment-Steele finished 14th, while Park City Rowing Academy's Dayna Deuter finished 16th. Wayment-Steele crossed the line in a 38:07.06, with Deuter following less than 30 seconds later in a 38:34.03. Racing for Carabinieri, Italy's Stefania Gobbi won the race in a 34:08.66, finishing 21 seconds ahead of Ukraine's Diana Dymchenko of Concorde. France's Jessica Berra of Hendaye Endaika took the bronze medal.

In the women's double sculls, Newport Aquatic Center's Hillary Saeger, a seven-time, flat-water U.S. National Team member, and Erin Roberts, a 2015 National Team member, took 15th in the A final. Saeger and Roberts finished with a time of 31:49.90. Ukraine won gold and bronze, with Denmark taking the silver. Ukraine's SO "RC" Dnipro won the race in a 27:55.94, with the top Danish crew finishing 42 seconds back. Ukraine's ZCU crew claimed the bronze.

In the B final of the mixed double sculls, Green Racing Project's Bridget Schodorf and Luke Rein finished fourth, completing the course in a 21:48.08. Germany's Ruder-Club "Allemannia von 1866" won the race in a 21:01.60.

In total, more than 800 competitors in 342 boats from 34 countries competed at the 2021 World Rowing Coastal Championships. Saturday wrapped up two weekends of racing in Oeiras, with the World Rowing Beach Sprint Finals taking place last weekend.

Overall, a record number of crews were entered for the 2021 edition of the World Rowing Coastal Championships with Oeiras, Portugal welcoming 34 nations from as far away as Japan, New Zealand and the United States. The three days of competition and seven different boat classes gave the 700 competitors a variety of conditions in this exciting format of rowing. 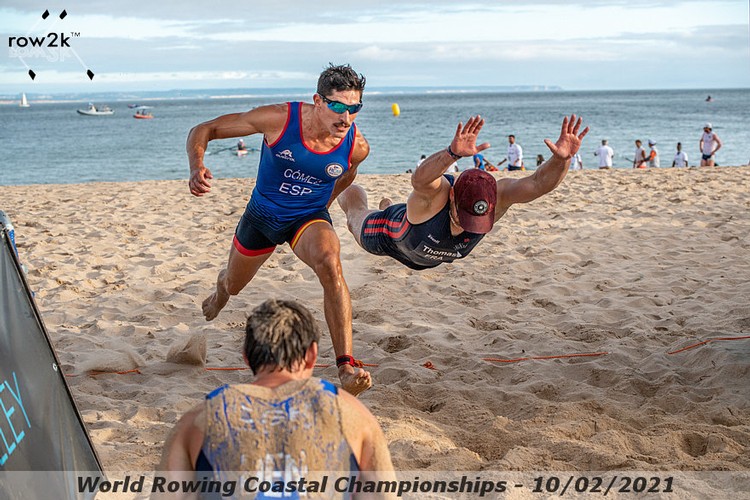 The first gold of the Championships went to the women’s coxed quad of Ukraine made up of experienced flat-water rowers including double-Olympian and multiple indoor rowing record holder Olena Buryak. Two of Buryak’s crewmates, Yevheniia Dovhodko and Daryna Verhogliad, went on to win bronze in the women’s double later in the day, finishing behind fellow Ukrainians Kateryna Dudchenko and Anastasiia Kozhenkova, who took the gold. 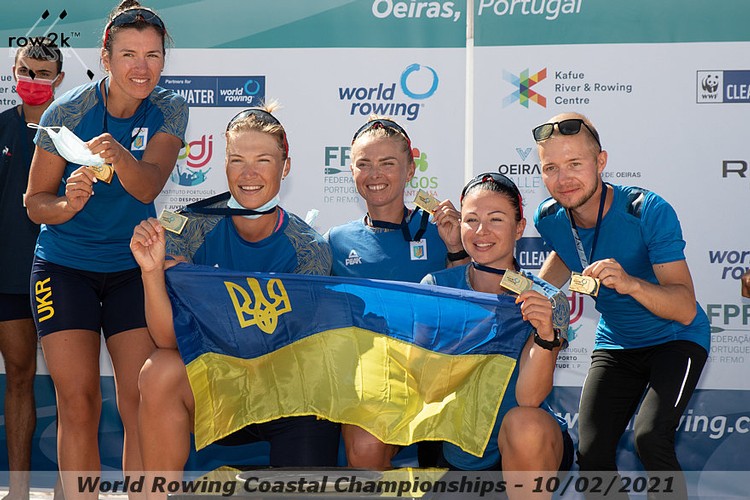 It was gold again for Ukraine in the men’s coxed quad followed for silver by the Czech Republic which overcame a ten second penalty for a false start. Meanwhile Great Britain won bronze despite getting tangled up with the first navigation buoy. 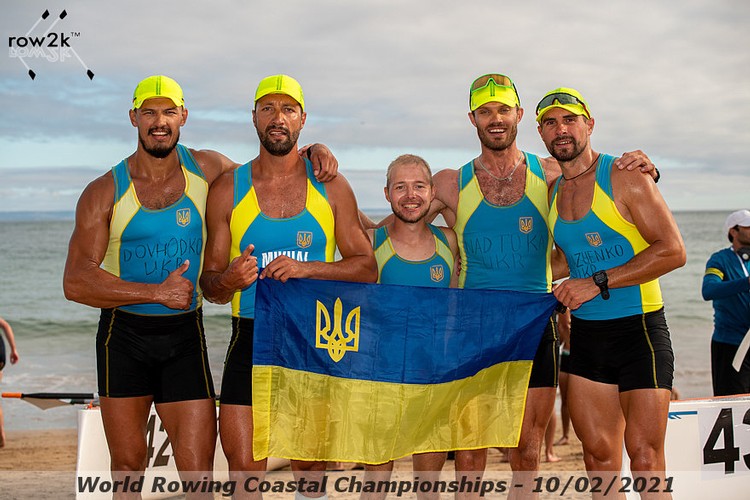 Stefania Gobbi of Italy bought an end to a run of wins for Ukrainian Diana Dymchenko in the women’s solo taking gold. Dymchenko, who has won gold in this boat class at the last three World Rowing Coastal Championships, went home with the silver medal this year.

The men’s solo was full of drama with defending World Champion, Adrian Miramon Quiroga capsizing at the first turning buoy, making a miraculous recovery, and working his way back through the pack to win bronze. His fellow countryman, and Tokyo Olympian, Jaime Canalejo Pazos took gold and Eduardo Gabriel Linares Ruiz of Germany, silver. 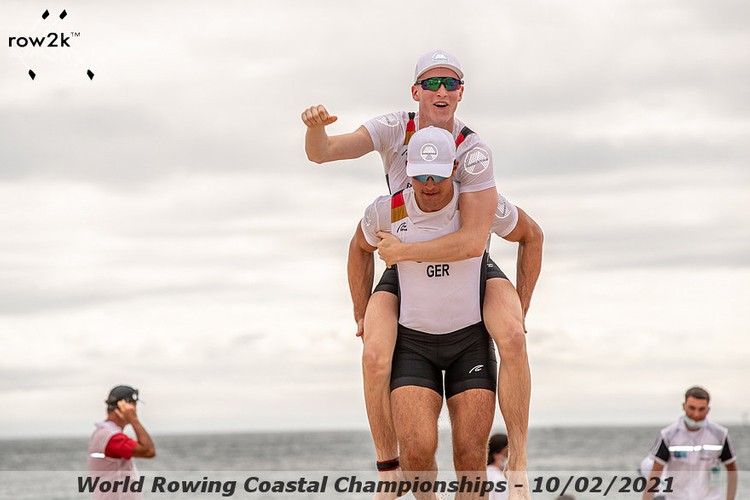 There was more success for Spain in the last race of the day when Ander Martin and Esther Briz Zamorano matched their gold from last week’s World Rowing Beach Sprint Finals with a Coastal Championships gold. Spain also picked up silver and bronze in this boat class with Canalejo Pazos and Miramon Quiroga both earning their second medals of the day.

Next year, both the beach sprints and coastal championships will be held in Saundersfoot (Wales), Great Britain. 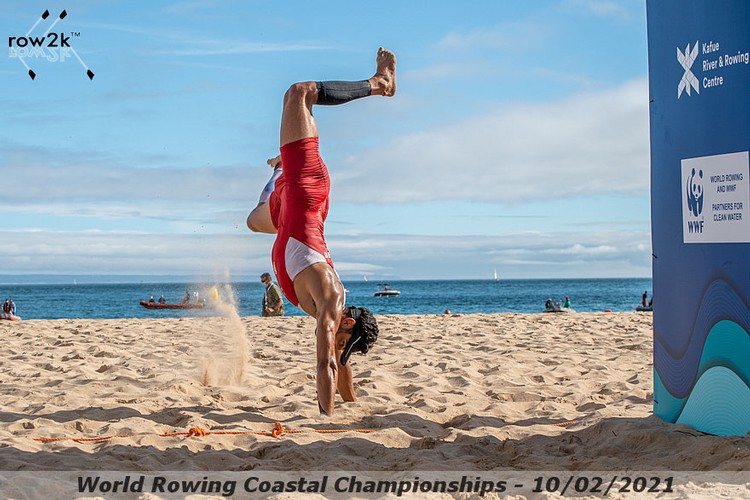 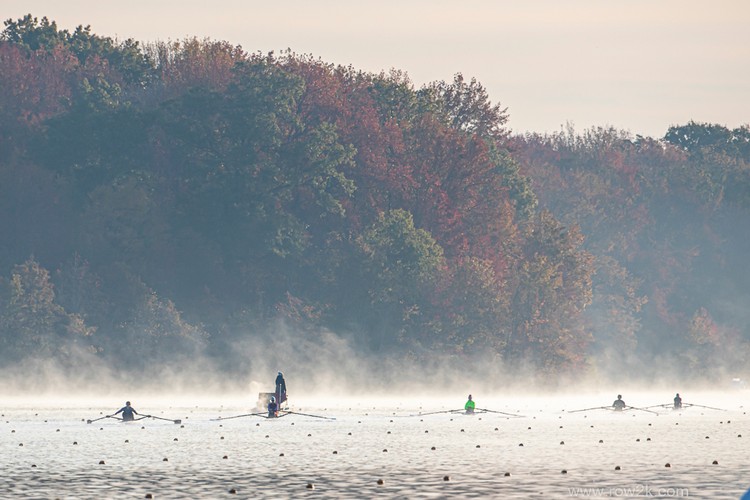