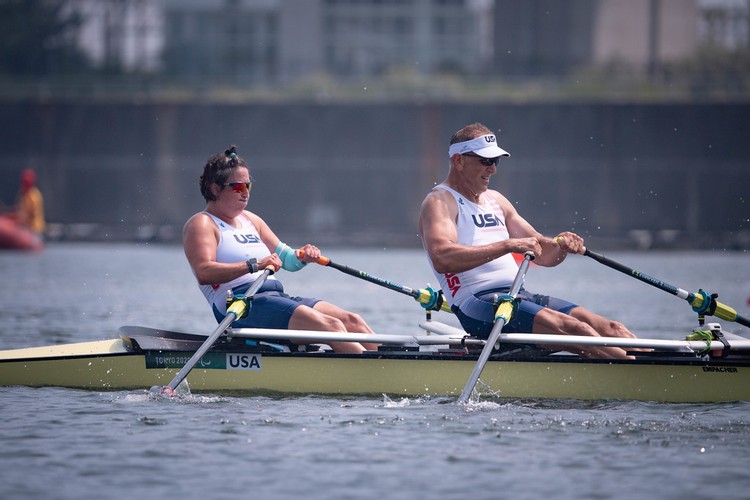 Goodkind and Gernaat; photo by USRowing

Crews are set for the 202One Paralympic rowing finals, with likely a few very intense races both for gold as well as for medal positions overall in the offing for Sunday morning on the Sea Forest Waterway (remember that is Saturday night in the US).

In the US ranks, Blake Haxton in the men's single, Hallie Smith in the women's single, and Laura Goodkind and Russell Gernaat of the mixed double all finished fourth in their reps, and will race in the B finals tomorrow; the the PR3 Mixed Four will contest for medals in the A final.

US viewers can see the full replay of the repechages here.

The mixed double chased the leaders all the way down the course, but could not pull into contention.

"Actually, it was a really good race," Gernaat said. "I think one of the things that we're happy about is some of those boats like the Ukraine and Brazil beat us in Austria at the world championships in 2019 and today it wasn't quite that gap. We put down a very reasonable time on the course in the headwind and we feel like, ultimately, it could have been a little bit better, but still just really happy with how it all turned out."

"It's great to be racing against other nations rather than our coach's imagination and making up boats," Goodkind said. "To have that experience live and in-person and have these Games still being held is really cool."

"We go to Chula and you've got your coach in the launch and there's no one else around - it's just us," Gernaat said. "That makes training for competitions like this quite challenging and it's such a different environment when you can hear and feel and see your competition out of the corner of your eye." 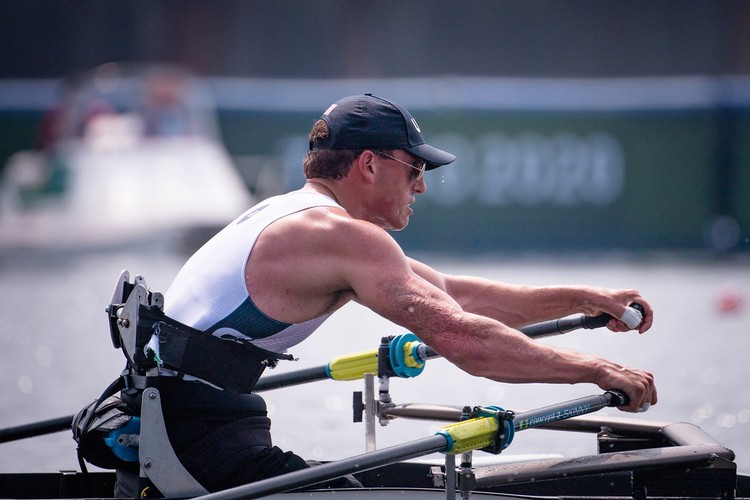 After being relegated to the reps due to a moving seatback yesterday, this time out Moran Samuels's setup was noticeably more braced, so it looks like the equipment issues have been resolved. In simplest terms, PR1 races must be rowed in 'fixed seat' boats, with no slide involved or motion in the seat. If you watch the video from the heats on Friday, Samuels's seat appeared to have a give and rebound mechanism in play; to see the difference, compare the following

The moving seat from the heats at 28:05 here

The ranks of single scullers seems to be a tight group, much as we have seen over the past several years in the Olympic ranks, with real friendships borne of real competition, as GB men's single sculler Benjamin Pritchard noted yesterday to GB rowing.

"We are all fierce competitors and like to push each other as hard as we can, but off the field we're good mates," Pritchard said. "Erik (Horrie) was the first to come over and congratulate me just now and Roman said well done as well. That makes the event even more interesting; you're racing your mates tooth and nail."

As a medal hopeful, a harrowing rep is the last thing you want, as Pritchard revealed after the racing - in which he was pushed to post a time just two seconds off a new world record.

"It was a lot harder than I expected," he said. The Spanish guy (Javier Reja Munoz) came out and really sent it to me. He pushed me hard the whole way. I was hoping for an easier ride than that but hopefully I'll have saved some beans for tomorrow.

"Yesterday I felt I didn't row to my best standard. I caught a couple of crabs and didn't row particularly well. Today was about trying to loosen off and get back to rowing as I like to.

"I'm looking forward tomorrow to going down the course and seeing what I can do, and hopefully we'll have a bit of shiny metal at the end of it."

As was the case a couple weeks ago at the Olympics, families are doing their best to follow along and celebrate from home.

"My mum and dad are having a street party today and I'm sure it will be a long one until tomorrow morning," he said. 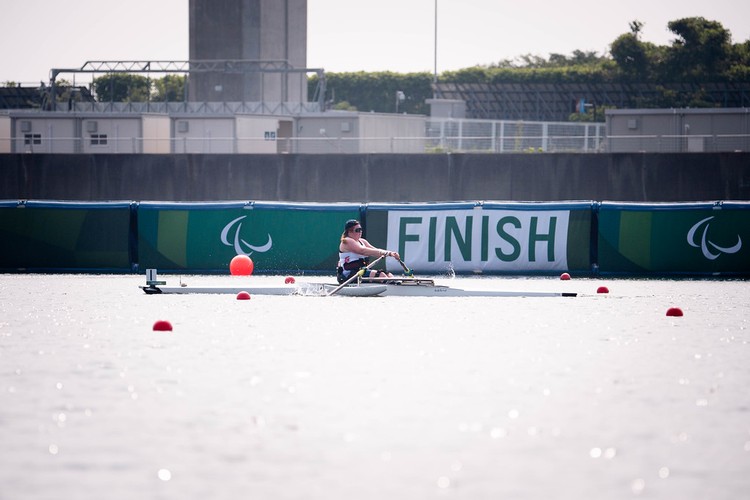