Hillary Saeger and Christine Rubino warming up before racing in a coastal double this fall.

For many competitive rowers, particularly those based in Boston, the day after the Head Of The Charles is a time to start having a serious look at the coming winter training plan.

Eventually winter takes over in the Northeast, and athletes with their minds set on training for a place on a national team in the spring start finalizing their plans for how and where to train.

But before that happens, Saeger and a group of four other Riverside Boat Club women are in Hong Kong preparing to race in the 2019 World Rowing Coastal Championships. They are part of a group of 16 US athletes from five clubs that will compete in the regatta on Victoria Harbor beginning Friday.

For Saeger and many other US lightweight rowers who will see a total end of lightweight rowing in the Olympics, the development of coastal rowing could open an entire new field of opportunities. But they are taking it one step at a time.

"When I started rowing in college, I didn't even know there was a national team. Now I'm doing this, and I didn't know at first that it could be an Olympic event. I'm doing it because it's fun, and it's kind of right up my alley, a mix between rowing and navigating on the water," said Saeger, who first competed on a US team in orienteering.

In all, 28 countries are sending crews to Hong Kong, and just under 500 athletes are scheduled to compete in what World Rowing says will be the largest Coastal World Championships ever held outside of Europe. The event is closely following the World Rowing Beach Sprint Finals, an event that will be part of the next Coastal World Championships in 2020.

The recent World Rowing Beach Sprint Finals were held in Shenzhen, China over the weekend.

Over the last several years, the discussion of coastal rowing being added to the Olympic rowing program has become a focus of FISA for the future of international rowing, and FISA is seriously considering petitioning the International Olympic Committee to include it as an exhibition sport for 2024.

Last year's Coastal World Championships in Victoria, Canada, drew nearly as many competitors as this year's edition, but only 19 countries were represented. This year, the World Coastal Championships has drawn more international interest, including the group of US athletes.

According to John Wik, who is currently heading up efforts at USRowing to develop coastal rowing in the US, there are several countries already heavily invested. Those countries include Australia, Great Britain, Ireland, New Zealand, Spain, Sweden, and Peru, he said.

Wik believes that the US has a ways to go, and the reality is, with the final year of the 2020 Olympic cycle about to begin, there will be little time, if any, for the development of a high-performance plan, or a base of national team athletes.

Right now, there are not even enough FISA class coastal boats in the US to sustain any significant effort. Wik can name the number of places that have boats available for use off the top of his head.

The situation is hampering development of coastal athletes and hindering the introduction of coastal events. USRowing is helping to host a coastal regatta in Sarasota on November 20-24, but there are not enough entries to fill even the number of shells and equipment that have been stockpiled there.

"In Sarasota, we expected to have a full complement of athletes to utilize the four quads, six doubles and eight singles that we have down there, and we are finding that as of this late date we only have six boats in the event," Wik said.

One solution was to invite high school crews through the Florida Scholastic Rowing Association to provide up to 16 coxed quad crews to fill out the quad events.

At the end of a long winter of training in Florida last winter and spring, Saeger reached a point where she felt she needed to take time away from training due to health issues. About the same time, Christine Rubino, who is among the Riverside group racing in Hong Kong, asked Saeger to help her design a good training plan, so Saeger began working with Rubino in Florida.

When Saeger resumed her own training for this fall's racing and to begin preparing for next spring, she moved back home to Massachusetts, and Rubino followed. The two continued to work together until Saeger got a call from Erin Roberts, who rowed on the US women's lightweight quad with Saeger in 2015, but is living in Hong Kong. 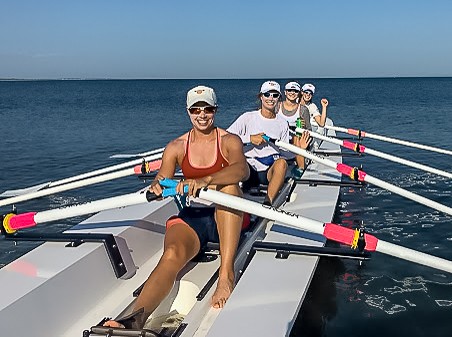 Riverside women practicing in the quad

Roberts wanted to know if Saeger was interested in competing in the coastal event. Saeger jumped at the opportunity and began training. She recently competed in the Lighthouse to Lighthouse Race on Sandy Beach in Norwalk, Connecticut, which featured FISA 6K and 500 meter coastal events.

She and Rubino entered and won, and she came away with a feeling that coastal racing was something she could potentially be successful in.

"We won the 6k because it was very hard navigating for a lot of people, and I was the best at navigating out there, oddly enough. I hit all of the points and we just came in like way ahead of other people, because other people actually got lost," she said.

Saeger said that with her interest in navigation and her experience rowing - especially in Boston - she had plenty of experience hitting specific race points and rowing in rough water.

"In terms of navigating on the water, it's no different than navigating the Head Of The Charles, or on any Charles River day. And as far as waves, some people who were at the race said it was the waviest coastal race they have ever been in. And honestly, the boats are fairly stable," Saeger said. 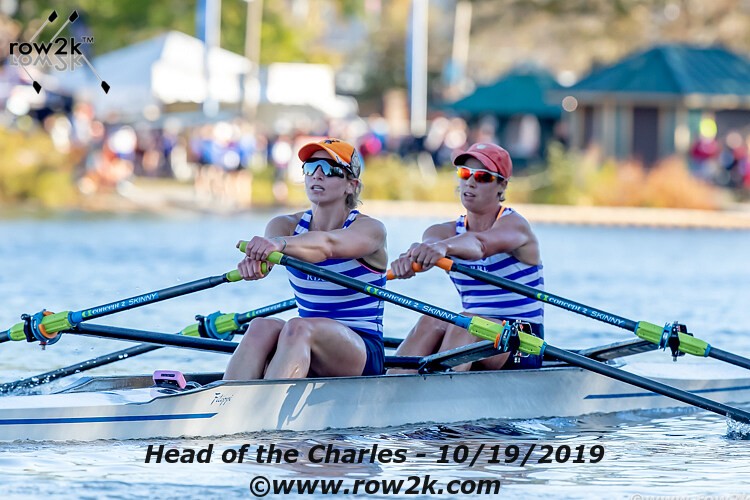 "It's certainly more stable than being in my single on a windy day in the basin in Boston. So, I thought, this is fine, I feel completely safe and fine because I've been in worse conditions in a more unstable boat."

"Another thing about coastal rowing is you have to be OK when the water is really choppy and crazy, and you have to able to just relax and go. You don't have time to think about the waves, because you're also trying to be out there navigating and racing other people that could beat you to the position. There is a lot going on that if you get caught up in the waves, you're not going to do well."

With that race in the books and races in the coxed quad and the women's double in Hong Kong, Saeger is feeling confident about competing. But like everyone else in the US who is having a look at what could be a new Olympic sport, she is just watching to see what happens and planning on competing as a lightweight sculler next season.

As of today, Saeger sees the both the limitations of coastal development in the US, and the potential for the sport - and for herself as an athlete becoming involved.

Right now, she is taking a wait and see attitude, there are serious questions about developing a new sport when there is not even equipment available to train in.

"Equipment. That's the hardest part about coastal right now," she said. "Because nobody has any. Luckily, with my contacts, I was able to find a guy in Milton who has a double and a single that we can take out into the ocean down in Boston Harbor."

As far as liking the sport enough, Saeger is already in.

"As an athlete, it's interesting because it's more complex than just rowing a straight line down a 2k course," she said. "You have these three buoys that you have to go around a certain way. You have a mass start of all these boats off the beach that are competing to get to those buoys and go around them, and as an athlete it's much more strategic than any other rowing race I have ever experienced.

"Then as a spectator, it's more interesting than anything I have ever experienced because it's bumper boats out there, and it's kind of crazy. I watched some videos when we were preparing, and it's a race to get to the first buoy because if you don' get there, or time it right, everybody just crashes into each other. It's kind of insane.

"In coastal rowing, you are allowed to hit each other, it's more intense, and spectators like that type of stuff. I think they like to see some action out there. I do." 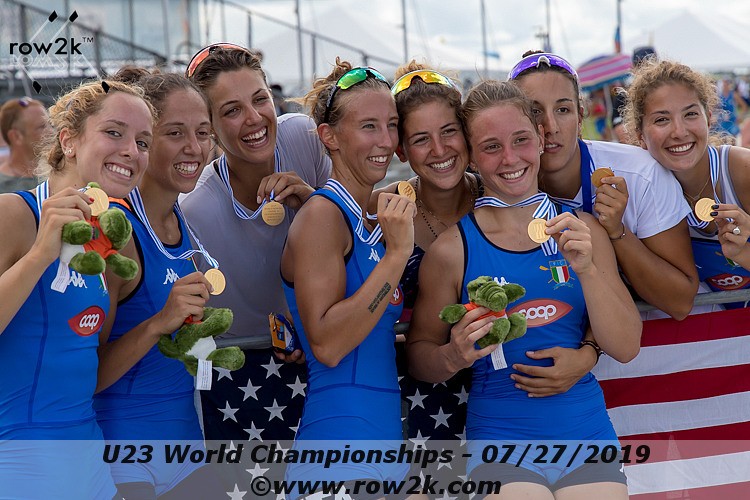