With the end of the 2018 season moving towards a fall conclusion while heading to the winter months, athletes with hopes for 2019 have been taking stock of where they finished their competitive campaigns, and what they need to do toward achieving the goals they have already set for next year.

For US athletes with international aspirations - many that include Olympic dreams - the final chance to be measured against their peers, was the 2018 East Coast Fall Speed Order, held last weekend in Princeton, N.J.

While it did not include many of the most competitive names that have been part of the 2020 Olympic Quadrennial, for the athletes who did participate, the results provided a logical point to check in on where they are before checking out of this season and sketching out a path of training that will focus on capitalizing and sharpening strengths, and improving where they need it most.

"The weekend provided two important metrics to direct training through the winter, a fitness check in on the erg, as well as a relative standing compared to other athletes in a fun head race down Lake Carnegie " said Michael Knippen, of the Seattle Rowing Center.

Knippen - who rowed in the quad that finished 11th overall at the 2018 World Rowing Championships in Plovdiv, Bulgaria - won the open men's Saturday 6k erg test, pulling an 18:41, then came back Sunday and rowed to a 26th place finish in the men's open single in 16:43.1. Winning the Sunday on water trial was Seattle's Ezra Carlson, who rowed a 15:39.5. 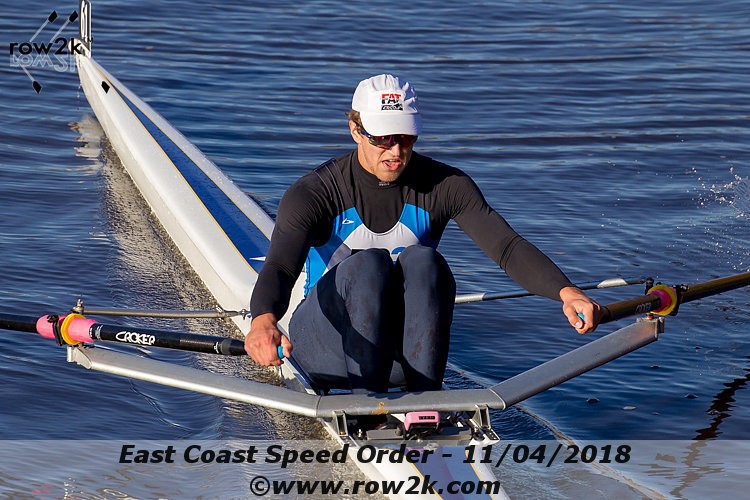 The results provided Knippen a focal point for what will be necessary to make a national team crew next spring, and racing at US Trials in Sarasota, Florida.

"In rowing, speed on the water reigns supreme," he said. "So, that is where I will be placing most of my focus while maintaining fitness. Looking ahead to sprint racing in the spring, I hope to become more technical at higher rates in the single and hone in timing in bigger sculling boats. I have heard great things about Sarasota so I am excited to race there at trials."

Penn A.C.'s Greg Ansolabehere also rowed in the 2018 World Championship quad and was among the 41 open men that participated in the weekend speed order. Ansolabehere finished second on the erg, pulling 18:56.5 and then rowed to a third-place finish on the water Sunday.

The weekend for Ansolabehere, and for Knippen, came at the end of an aggressive fall head race season at both the Head of the Charles and the Head of the Schuylkill. Ansolabehere saw the weekend as a way to test out some work he had been putting into his singles rowing, and to see where he was on the erg. 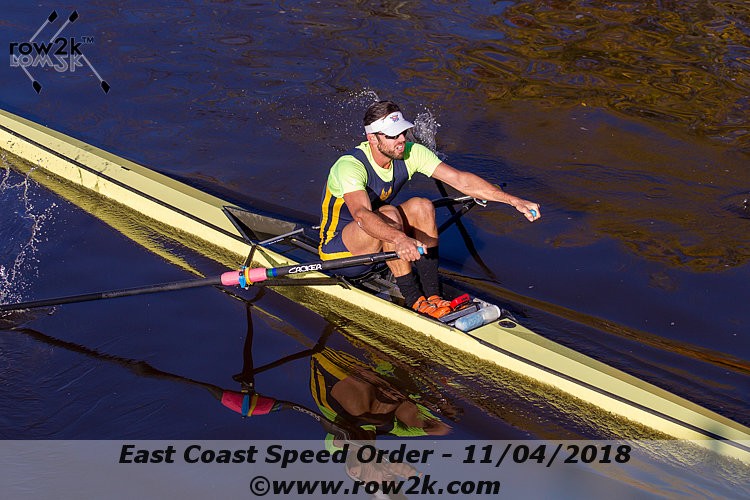 The 2018 world's quad was a crew training as part of the Penn A.C. high performance group, none had participated in the club's fall erg test, and they all used the Speed Order 6k as their base pull.

"The erg for us was about getting a good bench mark piece. The main group of guys here at Penn A.C. did a 6k about five weeks ago, but we stayed out that one because we had just gotten back from Bulgaria and we weren't quite getting back into the swing of things yet.

"So, that was my first 6k of the fall. It's good to know where you are at and really just, while still being cautious because it's the first one, pushing the limit. We document all of those tests and we use those for as a base line for different workouts, kind of like a tool so we know how to push ourselves hard enough, and also when to back off a little bit," he said.

"As far as the water, I always really like rowing the Princeton course and we had such beautiful water," he said. "So, it was nice to just lay down some of the strokes that we had been working toward all last year. Getting back in the singles, we all had the Head of the Charles and the Head of the Schuylkill, so it was our last opportunity to put some of those long, lower strokes to the test.

"For me personally, any race like that is an opportunity to test out the kinds of strokes we have been working on," Ansolabehere said. "In Princeton, it's a straight 2K and then a few turns and you're done, so it's easy to feel out changes and get a lot of feedback from it."

Among the open women, of the 30 that competed, Craftsbury's Jenifer Forbes won the erg piece with a 21.24.7, while Michalina Fili won in the single. 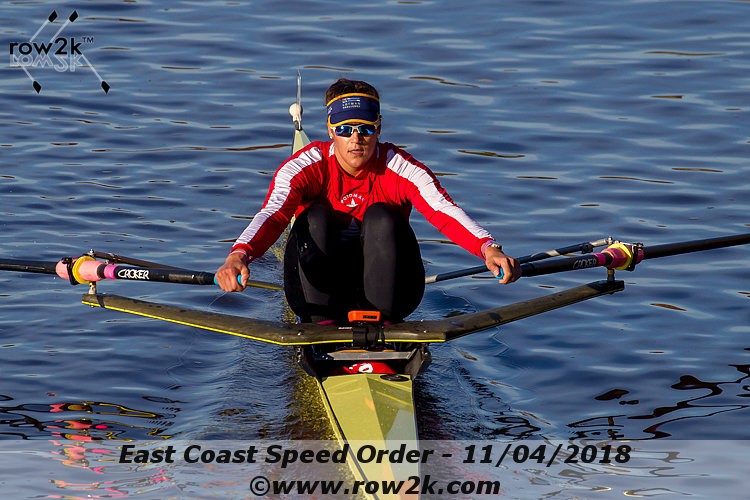 Michalina Fili finished first on the water among the Open Women

Among lightweights, the top finisher among men on both days was Peter Schmidt, who rowed to a 25th overall finish in Plovdiv in the light men's double. Schmidt first both Saturday (20:16.1 on the erg) and Sunday on the water.

"I was pleased with my performance this past weekend," Schmidt said. "I took this fall to refocus on my technique in the single, and on the erg, and I think that this weekend is a reflection of that work, and I'm hoping to keep building on that and carry it into winter training and the upcoming spring season." 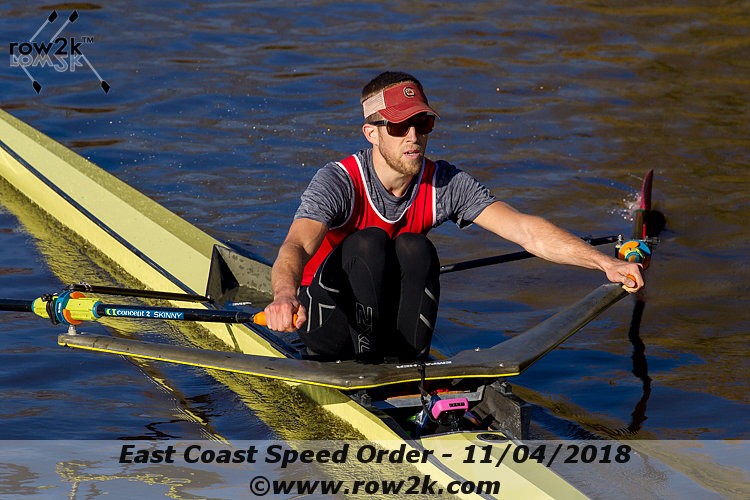 For the lightweight women, Michaela Copenhaver won on the water on Sunday, finishing first in 17:56.1 among the nine lightweight women who competed, but 4th on the 6k piece Saturday. While she was happy with the row, she was somewhat disappointed by her performance on the erg.

Still, she is also using the result to dial in on where she can make improvements as she moves off the water and aims for next season.

"It's the last race of the fall season, so now we sort of step back and make plans for what comes next and figuring things out," said Copenhaver, who stroked the women's light quad to a fourth-place finish at the World Championships this summer, and hopes to race at 2019 worlds in the light women's double or quad.

"We're still waiting to see what the final selection procedures are going to be, and that will be a big piece of it, but winter training starts now."

About her weekend, Copenhaver said she was mixed feelings. "The first thing I wanted to do was have a really good 6k on the erg, which I didn't have, at all. I don’t think I came in with the fitness I wanted and I also think I came in tired after a good week of training. It was kind of a poor showing for me.

"On the water, I was hoping to demonstrate that I could outperform my erg score, and that I think I did accomplish. I caught some people that were pretty far ahead of me on the erg. I would have been really happy with the weekend if I had done better on the erg.

"On the water, that was one of my best showings. But definitely the 6k was disappointing. For me, mostly it was a chance to get out and go head-to-head with some of the other lightweight women in the country. I train by myself, so having other people to go head-to-head with is really, really fun."

Copenhaver said that, overall, the weekend gives her a way to look ahead at the winter training. "My goal is, first of all, to get my 6k a lot faster. That's kind of the focus for the winter season, which is a good focus to have, and then be ready to come out and go for the spring speed order in the single, and then the selection for the double." 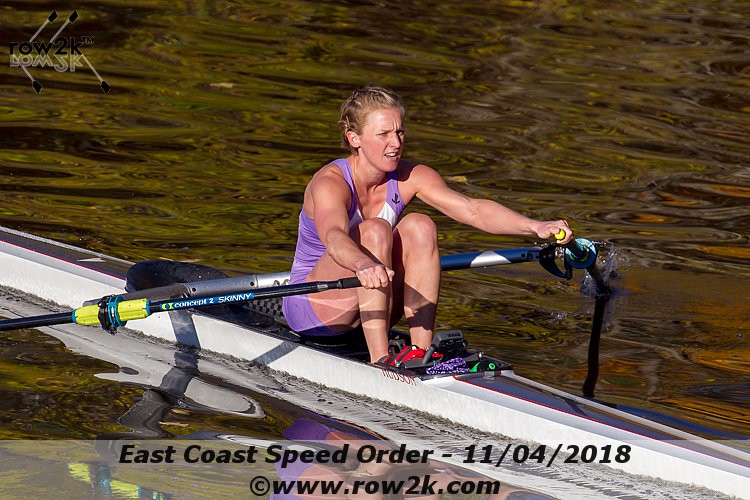