Gold Cup competitiors from around the world.

The chance that the Head of the Schuylkill was going to run smack into a fierce coastal storm moving up the East Coast over the weekend was never in doubt. But what remained a big question right through Friday night and into Saturday morning was how bad was it going to be, and was the two-day regatta going to have to be canceled.

Following a bit of a compromise between Mother Nature and race officials, the storm blew into Philadelphia late Friday night with rain and winds averaging about 20 miles an hour and wiped out the first five events scheduled for Saturday morning.

Still, race officials, confident that they could wait out the storm's worst few hours, decided to run the rest of the Saturday schedule and let the storm pass through. So, it rained a lot, and then just a little, and the winds blew, a lot, and then not so much.

And by the time the first day of the regatta ended, most of the scheduled events were run. It was muddy, and it was wet, and for sure it was not a lot of fun for a lot of the rowers whose events went off before noon Saturday, but it was not canceled and the featured races of the day, the Gold Cup and Lotman Challenge sprint events went off as planned.

It was also not uneventful. An official event launch ran afoul of a course rope, and was rendered dead in the water just before the start of the women's Gold Cup final, and during the recovery effort to get it out of the way, twice drifted into the stake boats, running first into the start platform of Ireland's Sanita Puspure and then into Canadian Carling Zeeman.

No harm, and barring a brief interruption, and the women's final was run as planned.

When it was all sorted out, New Zealand's Hannah Osborne finished first and took the top cash prize of $10,000. Fellow New Zealander Robbie Manson won the men's event and the men's $10,000 purse. 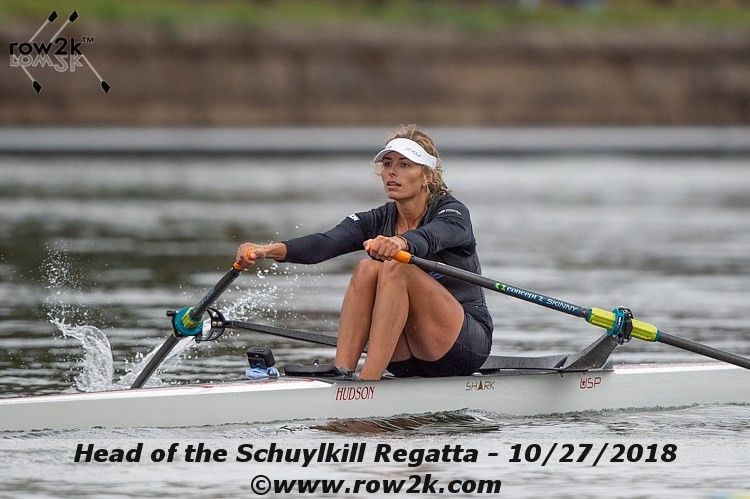 "It was an amazing opportunity," Osborne said. "I wasn't even one of the first selected to be part of the event, but unfortunately one of the girls was injured and I was next in line. It was amazing. I've never been a part of an event where it's been such a community focus, or even a sprint race with a reward at the end. It does help a little bit."

And about the conditions and the excitement at the line before the start, she said:

"I was kind of just focused on the boat. I could see stuff going on but it wasn't really watching or thinking, oh my gosh, what's going on over there. It was a bit of a swirling wind going through, so we had a bit of a mad tail at the start, and then it switched over to a head towards the finish and the it was a tail again. It wasn't terrible."

In the two Lotman finals before them, US national team sculler Felice Mueller won the sprint event for the women, and Penn A.C. sculler Justin Keen won for the men.

Because the Lotman Challenge is a series of three races that take place over the season, including the first US National Selection Regatta in the spring, followed by the Head of the Charles and the Head of The Schuylkill, Gevvie Stone, who was second on Saturday, was originally named the winner based on overall points and awarded the top prize of $9,000.

Race officials later determined that the Lotman race between Kara Kohler and Mary Nabel was a dead heat, which changed the points totals. Stone and Kara Kohler were then tied in points and would split first prize.

John Graves, third Saturday, won the full men's $9,000 with the most overall points. 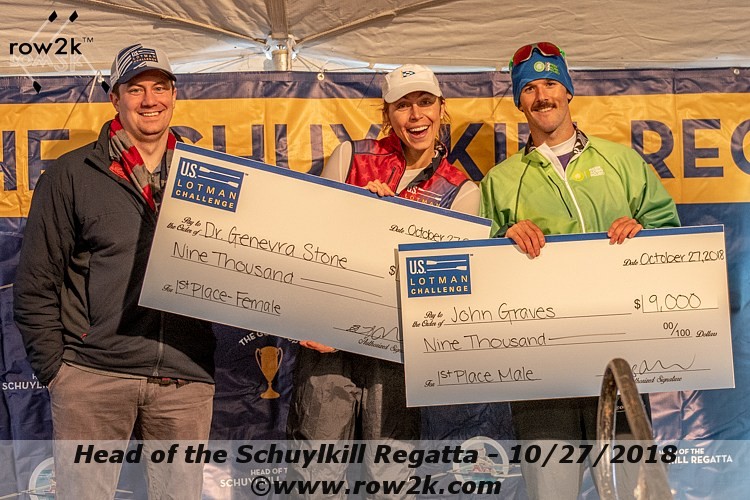 Both those scullers won top cash prizes of $9,000 and the rest of the scullers from both events split the remainder of the total $81,000 purse on the table between the two, season long, events that wrapped up in Philadelphia Saturday.

In a sport that once featured professional racing - especially in Philadelphia - where the Gold Cup was originally begun as an event on the Schuylkill River in1920.

Most rowers at the elite and international levels, train and live similar lives as professional athletes in other sports, minus the large contracts and salaries. So, a cash prize is a big deal and helps fund their training and goals towards rowing in the Olympics.

"It helps a great deal," said Graves. "It's no secret that as a sculler we need everything we can to increase interest and keep this thing rolling. This type of money just goes to basic things like paying rent and eating food throughout the year. It's pretty basic stuff.

"It's an incredible event and incredible to be a part of it," he said. "Everyone on the Gold Cup Foundation sees the value in supporting us and I feel super lucky to be sculling at this time where we have this support."

On Sunday, with the storm well past the city, the regatta resumed and a full day of rowing - the largest chunk of it youth and high school events - went on from 8 AM and ended near 6 PM. By then the sun was setting and the racing was finished - in some very dark conditions. 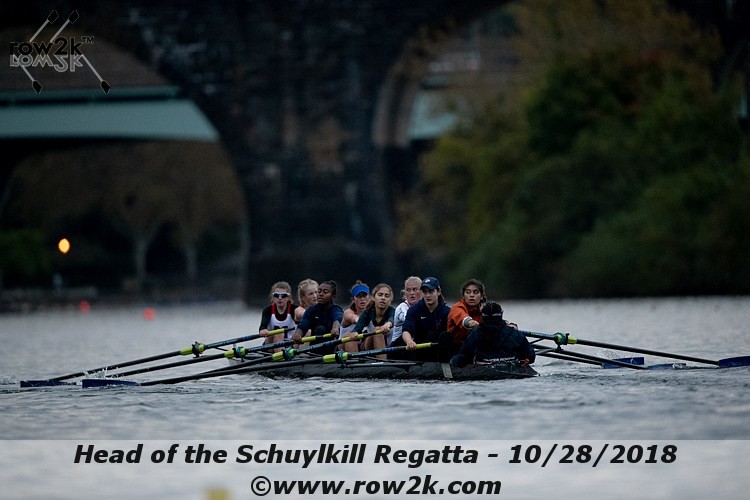