All week long, Kristin Dawley worried about getting the corn field cut.

It had nothing to do with harvesting the crop, though the local farmer most likely had that as the primary consideration, but Dawley had a fall tradition that was headed toward the tiny Putney Rowing Club and the short section of the Connecticut River in Southern Vermont that has played host to the Green Mountain Head Race for the last 37-years.

"I showed up Thursday morning with a big bag of doughnuts to see how things were going," said the Putney Rowing Club vice president.

All fall regattas have some level of parking concerns, but the Green Mountain Head is different. It has always been different. And there are no real alternatives to the corn field. If the corn was not cut, the race would be in trouble.

But just as it always has - even if the cutting of the corn was a little behind - the corn was harvested, the parking lot (so to speak) was clear and Sunday morning the Green Mountain head went on as it has since the late Peter and George Heller intended it should when they put together the first race back in 1982.

The idea that the corn problem would become an issue for the Green Head is fitting, given the unique nature of the race. A scullers only event that attracts current and former Olympians and national team rowers, along with junior, high school, and masters athletes, it has its own quirky traditions.

First place winners get Vermont maple syrup, second place finishers get a bag of apples, third place earns a gallon of apple cider. During the awards, a lunch is served that includes healthy snacks, apples, cider - and egg rolls. That's another Green Mountain twist that has nothing to do with its native Vermont, purist ways.

"A daughter-in-law of one of the organizers had an egg roll business years ago and we started serving egg rolls to support her business," Dawley said. "It's the strangest thing. We tried a few times to try to get rid of serving egg rolls at the lunch, because they are quite expensive, and oh my goodness, the notes that we got from people. They want their egg rolls."

That egg rolls and corn fields would play a huge part in the Green Mountain Head, should not really come as a surprise to anyone familiar with the race. The story of the race traces back to the brothers Peter and George Heller, and is best told by boat builder Graeme King, who has been involved in the race for the last 30-years. 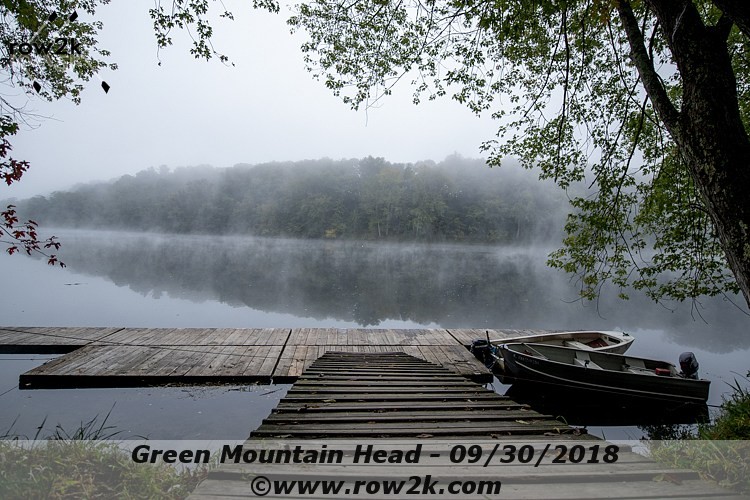 The Hellers wanted to start their own race, King explained Sunday, and they called on rowing friends at the Cambridge Boat Club to get involved. The idea was launched, the venue picked, and for the first race, a small group friends lunched their shells from the small landing in front of the wood slat barn that serves as the Putney Rowing Club boathouse.

"That first race, the people from Cambridge Boat Club were planning on going somewhere else, but they decided to come up here instead when George Heller called," King said. "I think there were something like 16 people that first year.

"And the next year it grew and it just kept growing to where now we have about 300 people racing. It's kind of a different regatta in that it's very low key racing, but at the same time there are very competitive people racing. So, you can have people who are just starting out in rowing racing in the same events as people who have rowed in the Olympics." 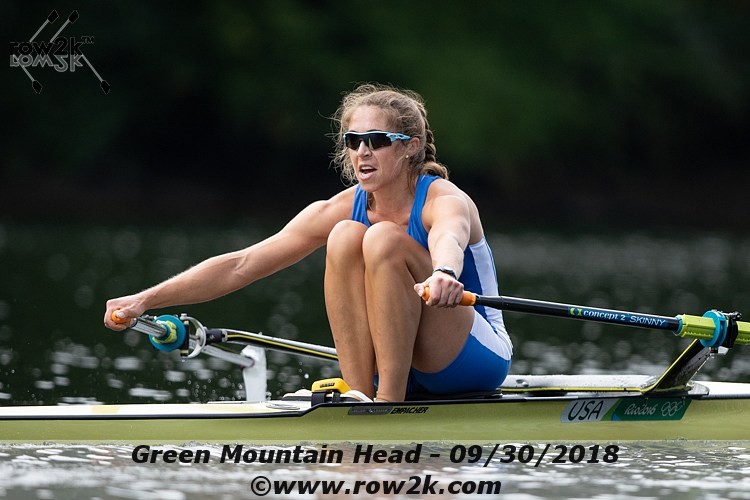 King rowed the race most years with George Heller, until Heller's passing. And his Viking (sort of) funeral.

"The last time I rowed the regatta was with George in 2011," King said. "He passed away in 2012 and we had a small boat made to carrying his ashes. At the end of the race we sent the boat down the river and across the finish line.

"We had it rigged to sink there, and it did. Far as I know, it's still at the bottom of the river."

There were no Viking funerals Sunday, just more than 300 scullers, rowing in singles and doubles, filling up the corn field and getting their fall regatta seasons going, as some of them have since its inception

"I didn’t know when the first one happened. I found out about it from club mates and decided that I had to get out here and row it the next year," said Bill Barrett, who has been rowing the regatta ever since.

"I like the format of the turning stake, the venue, and the people. It's a quirky race and it's got the best post race refreshments of any regatta. Love the egg rolls." 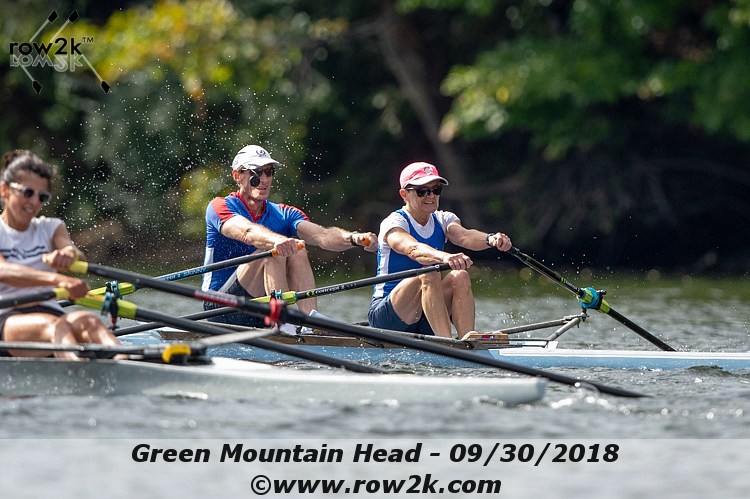