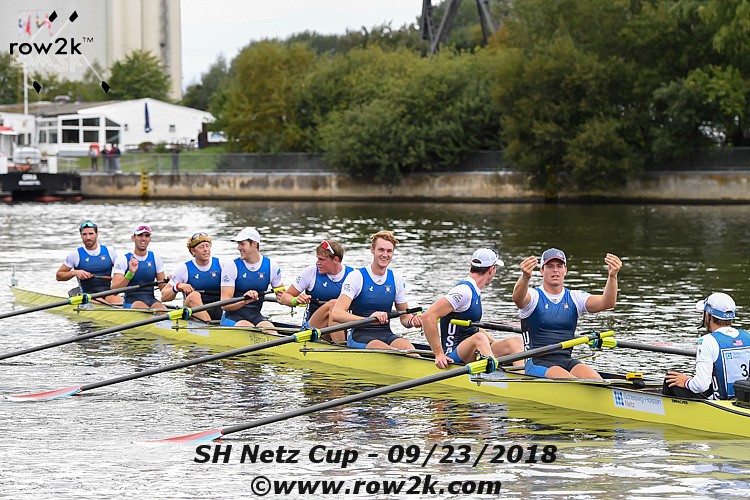 According to Mike DiSanto, who stroked the US Men to a win over Germany, the GB and the Netherlands at the 12.7km Canal Cup this weekend, the biggest factor in his crew's success might have been simple ignorance.

"Ignorance is bliss," said DiSanto about how he prepared to race the long distance race, which the US men won in just over 37 minutes. "Half of our crew, including me, had never done it before. I figured it would just go by, but I was surprised by how early in the race I just wanted to stop rowing."

Not that DiSanto is a stranger to longer-than-2k rowing. As someone who has competed in, and won, both the Harvard-Yale race and the Boat Race between Oxford & Cambridge, DiSanto might be said to have an affinity for the longer races. But, DiSanto said, the intensity of the contest, which featured four top-level international men's eights starting level out of the blocks, surprised him.

"This was the hardest race I have ever done. I remember getting to 3k into the race, I was already at the redline, and thinking, 'I have over 9k left to go,' and I wondered if anyone would notice if I eased off for a few strokes."

DiSanto quickly pointed out that no one in his crew would have contemplated backing off. "I think that's how you know you are doing it right! We were in it for the long haul. Even if the race is 10 miles, when you are racing other boats, you want to get ahead." In fact, DiSanto credited the win as much to the crew's relative inexperience as to the fact that the members of the crew weren't exactly coming off a high note at the Worlds the previous week. 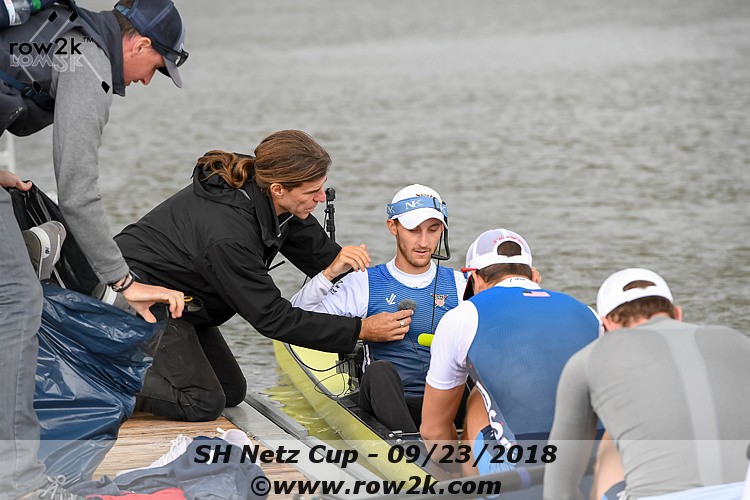 "We had done a lot of endurance work in our practices this summer, but our biggest advantage was between the ears," he said. "You had six guys in the boat who were pretty disappointed from how they had performed at Worlds the past week, and two guys who weren't on the team this year, who maybe had something to prove. All nine of us were pretty persistent, pretty stubborn guys. We weren't going to quit; we wanted to stick around and be annoying."

After the race, when all the competitors gathered in a bar to re-watch the race, DiSanto said he was surprised by how it had played out. "Off the start, after we got down on Germany and the GB, it didn't seem like the margin ever got much bigger," he said. He gave a lot of credit to Julian Venonsky, the coxswain, as well as bow-seat Alex Karwoski, who had orchestrated the US's big midrace move, when the US switched lanes, passing behind the GB and German crews, then taking command of the race from an outside lane.

"Alex gave Julian a hand signal, and pointed which way he should move," said DiSanto. "Once we got ahead, we had a rush of confidence. Julian picked his moments perfectly, and he knew exactly which buttons to push."

"That part of the race, from when we lost contact with the leaders until we regained it, that's what I am most proud of," he said. "Those were the hard yards. We knew that we did not need to be ahead until the end."

In the grand scheme of things, DiSanto knows that this result will only have fleeting value. "It gives us a shot in the arm as we start our training for next year," he said. "It was fun to do, but the race you want to win is the one we had last week [World Championships, eds]." 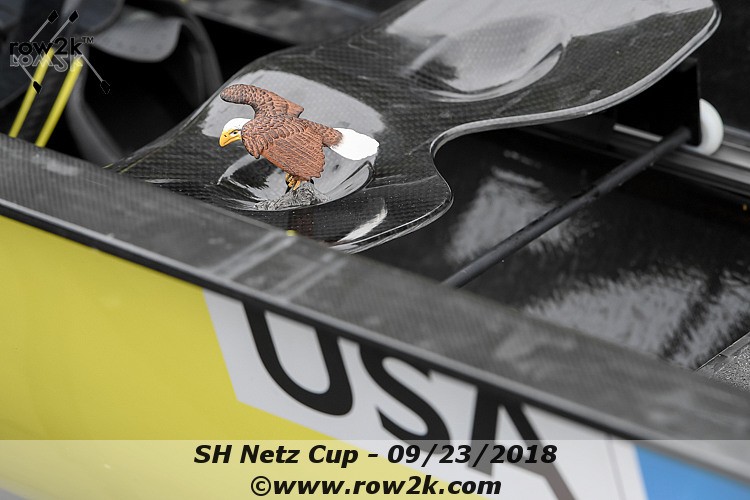