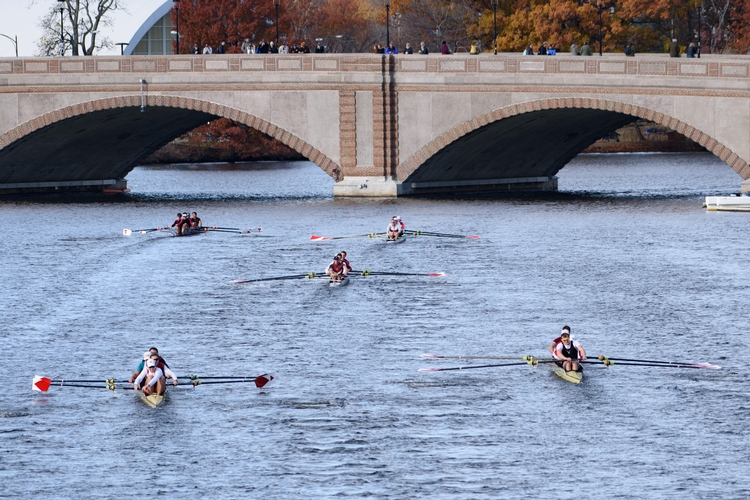 Boston is a city of deep sports traditions, and the collegiate rowing community holds to that. And so, instead of going quietly into the dark of winter, midterm examinations and the holidays, followed by weeks of endless indoor training, there is one more weekend spin past the banks of the "Rivah Charles" before shutting and locking all the bay doors.

Olympic coach and Boston rowing native Greg Stone remembers it from "back in the day," when the course for the men included club doubles. "Back then there were more events and it usually happened right before the Harvard-Yale game," he said.

"We rowed and then went tailgating. It was great. But by four o'clock it was lights out." 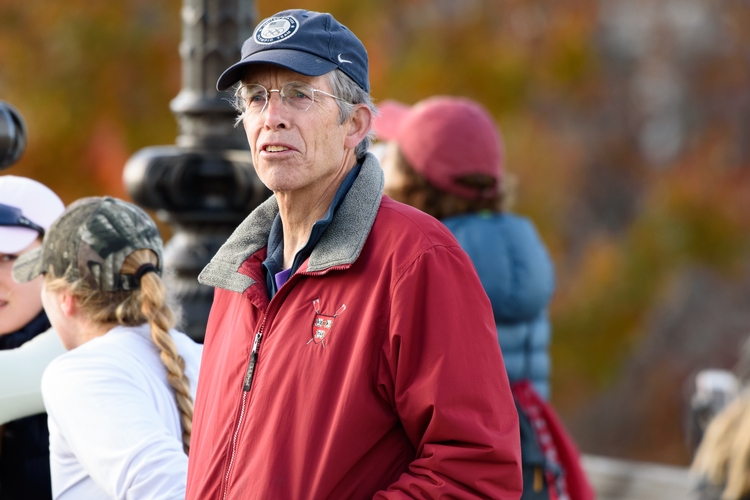 Stone, father and coach of Rio Olympic silver medalist, Gevvie Stone, was on Weeks Bridge for the 2016 festivities, which was held a week early this year and in the direction of the HOCR course - with a start at the MIT boathouse and a finish in front of the Harvard University men's boathouse. (Lisa Stone was there on Saturday for the women's row, and Gevvie was in one of the Harvard coaching launches as a new Harvard assistant. Again, traditions are hard to shake when it comes to sports in Boston.)

The weather this time of year, a week after Daylight Savings Time rolled the clocks back and brought on the early dark of winter, can be anything but welcoming. Mid-November can often mean howling winds and bitter cold temperatures. There was some of that on Saturday, but not much, and the sun held for both days. It was chilly, not cold, but not exactly comfortable.

And that's the way Boston University heavyweight men's coach Tom Bohrer and MIT lightweight women's coach Claire Martin-Doyle like it. The running of the regattas rotates through the Boston programs and Bohrer and Martin-Doyle were at the helm this year.

"This was nice weather," Bohrer said. "Sometimes we've raced it and it's been twenty degrees.

"We haven't seen the results yet," he said at the conclusion, but before he could get the official sheets in hand and hold a final fall meeting with his staff and athletes. "But in the grand scheme of things, it's our last race of the year and we're hopefully using it to gain some momentum going into the winter.

"It's a good time of year to do this. We pushed it up a week earlier because we feel like the season is fairly long and we're getting into a heavy academic period. It's a good time to end things and get focused on academics and head into winter training."

In all, the men raced 40 crews from five schools (Providence is close enough to Boston so Brown University was there) in coxed fours and eights with Northeastern University winning the open eight and four, and Boston College winning the novice eight event.

On Saturday, 46 Boston women's crews, plus Dartmouth College and the University of Rhode Island, held their event. Radcliffe's B entry won the eight. Northeastern University won the novice eight and varsity four. 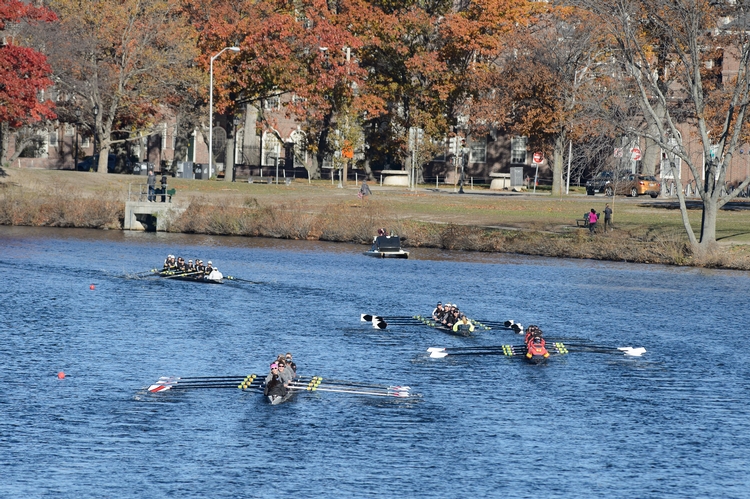 Like Bohrer, Martin-Doyle sees the final Boston head race as a motivating tool to keep her crews sharp through the fall after the Head of the Charles, and before term finals and winter training.

"I see it as a way to keep the athletes motivated through the fall," she said. "After this we have to find different motivations, which is primarily spring racing. But we try and keep it exciting with some internal boat house events and our Florida training trip."

For all of the crews racing in the sign-off weekend, there are different levels of expectations. The entries, for the most part, were "varsity first boats on down" lineups. There were no even boats. The crews in the first boats want to stay in their seats and the crews in the boats down the line want those seats.

Still, for some other student athletes, like walk-ons and freshmen that didn't crack a Charles lineup, this was their first official collegiate regatta.

"It was a really cool experience and the guys made it a lot of fun," said BU freshman, walk-on coxswain Sarah Morris.