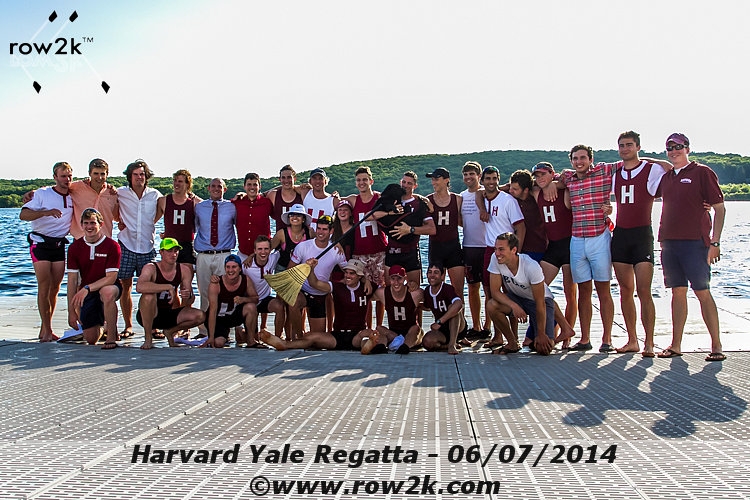 "This feels good," said Charley Butt after surfacing from being tossed in the Thames River after Harvard's sweep of the 149th Harvard-Yale Regatta on Saturday, and it was hard not to hear it as more than a casual comment about a dive in cool water on a warm day. After watching his crews win his first Harvard Yale Regatta after succeeding Harry Parker, surviving the heat of keeping Harvard's success going had to be far greater than the 80 degree temps and high sun on the day.

As such, Harvard oarsmen from many generations gathered to watch that race, greeting friends they have known for 50 years, celebrating the man who brought them together and made them fall in love with rowing. Designed by Ellen Kennelly, the memorial is a curved stonewall representing the bend of an oar, with a flagpole at its apex, representing the pin of the oarlock. Atop the wall sits a bronze cast of Harry's infamous megaphone - dents, scratches and all.

"Harry cared more about what came out of the megaphone than what it looked like," commented Charlie Hamlin as he paid tribute to his former coach. Accompanying the megaphone is a plaque with the words from a handwritten note found in Newell Boathouse, a note Harry had written to his crew of 1963, the first crew that won The Race, beginning his 44-win record.

"We have to be ready to ROW BETTER AND MORE EFFECTIVELY in order to get the most return for the effort we put into each stroke," began the note. So began a history of winning, and the high-efficiency Harry Parker rowing technique; a stroke that he was just beginning to develop in '63 when he penned that note.

"This was the place of Harry's first big win, and his last win," said his wife Kathy Keeler.

But back to The Race – the real reason everyone was gathered, the reason Red Top exists, and the focus of the day; it's what both the Harvard and Yale squads work for, and what Harry would have wanted for certain, as he was never one to let the racing stray from the focus.

The shortest race of the day, the two miler, is often referred to as the Freshman race, though this year both the Harvard and Yale boats were a mixed third varsity. Harvard had initially planned to race it as the freshman crew, but after some injuries and lineup changes after IRAs, the plan was scrapped and the crew was raced as a 3V. There was a nice tailwind and an upstream moving tide to boot, as the first race commenced. It was the closet finish of the day, with Harvard finishing just a length ahead of the Yale crew.

"We got about a length up in the first minute, and the Yale boat just didn't go away," said Harvard 3-seat Phil Bates. "It was a hard fought race for both crews. There was a lot of back and forth—Yale would move into us and we'd move away. It was the kind of race you look for, in a way. It's fun to win by a lot, but there's something really satisfying about having to really work for the victory. I knew that once we got ahead, the guys in our crew are really tough, and I knew they weren’t going to come back. We definitely had to pull some things together in the middle of the race and get into it emotionally. Each minute of the race was devoted to one guy in the boat; we were really pulling it out for Greg our stroke, and Brittanie our coxswain who are both seniors. As Yale started to pull into us at the end of the race we took a big ten for Harry and I'm sure he was smiling as we were pulling away again, and I'm sure his spirit was with us."

With one win in the bag, the Crimson crew pushed out early in the three-mile 2V race – but Yale hung in, and for a while it looked like it may be another close race. But Harvard began to notch away from the Elis, and then continued to move open for the entire race, finally finishing 17 seconds ahead of Yale. As they walked away, the Harvard crew may have made the win look effortless, but after racing 2000 meters all season, three-miles was anything but easy.

"Preparing for three miles, mentally, was a week-long task, but it was a lot longer than I anticipated even still," said 6-seat Henry Kennelly. "There were a lot of freshman in the boat so we didn’t really know what we were looking for. S o we went really hard off the start, then all of a sudden it took 20 minutes to get from the mile-down to mile-and-a-half down. And I saw the flags go by and I thought 'Please God, let that be the mile to go'….and it was not. Every half-mile from there on out was a real tough test."

The final race of the day was the grueling four-miler between the two Varsity eights. The race is a mile longer than the traditional head race, in open water conditions, and for which the mental and emotional preparations are nearly as critical as the physical preparation. The wind was a bit more aggressive under the railroad bridge alongside I-95, where the four-miler race begins, and it look a few extra minutes to get the crews locked on the stake boats.

After an exceptional regular season, and an IRA finish only one place behind Harvard last weekend, and with legendary coach Steve Gladstone now in the coach's launch, Yale has upped their game of late. A close contest was anticipated by pretty much anyone interested in the race, with some picking Yale as a potential favorite.

And off the start, it was the Yale crew that took the early lead, but soon afterward, the Harvard oarsmen responded. The crews paced fairly close together for just over a mile, within seats really, but at the mile and a half flag, the Harvard crew took a move that was worth a few seats in a short span of water, which seemed really to take the wind out of the Eli crew. From there the Harvard crew extended continuously to their eventual 14-second winning margin.

Coxswain Will Hakim, who coxed the JV H-Y race for the past two years, was now at the helm of the varsity race, and ready to push his crew toward victory.

"We knew that Yale was going to throw everything at us in the first mile or two," he said. "We really just stayed consistent on the front foot and attacked, and through that continued focus on attacking and the good rowing Charley has taught us we eked out a little more, and eventually they couldn't live with the pace we were setting."

Stroke and Captain Andy Holmes not only set the pace for the race, but set the tone for the regatta as he led his team. Butt described him as "An exceptional leader, exceptional oarsman. He's tough, calm. He's really something. He's been in some way or another the nucleus of a very fast varsity for three years."

Holmes, who has won the varsity race for the past three years, said that this year's victory was even sweeter.

"This race is even more special because of Harry and Charley; winning the first one for Charley is pretty huge," he said. "Harry would be pretty proud of this crew; he coached almost every guy in the boat so we know his style and his ways. It's been the best win of my four years."

For Butt, the win was bittersweet, a testament to his friend and mentor, but a victory for his crews, and a new record: 1-0.

"Of course I'm happy, I'm delighted, but I miss Harry too," he said after the race. "There would times I would be out on the launch and I'd say 'Gee, I wish Harry were here!' It's bittersweet. You've lost somebody, but you've gained something else. I'm just trying to carry on the principles that the program has been organized on without trying to be Harry Parker—that would be ridiculous."

The week of training between IRAs and H-Y is a challenge, as the distances increase, but the secluded environment helps the rowers to thrive.

"What really happens is the students are really separated from their normal environment," Butt said. "Of course they have their hand-held devices, but you see them reading, and a lot of the normal distractions are not evident so they can focus on the rowing and their friends. The River is a challenge to train on, but it's well worth it. This is a unique experience and I am delighted to have it for myself and for the rowers."

The mystique of Red Top is not just one told in legends about Harry, or felt as Charley sees his athletes focus in on their rowing, it's something felt by all the oarsmen who have ever stayed at this home away from home. For Kennelly, whose father was a Harvard oarsman as well, it was a feeling he didn't anticipate having.

"It was actually really funny getting recruited and hearing my dad and mom talking about the race," he said. "I thought it was something big back in the day, and now IRAs was the big deal. Then we stopped here to drop off our bags on the way to IRAs, and just seeing the rooms with all the names in them, you immediately get impacted with how incredibly historic this place is, and with the weight of all the winners who have come through here. It was definitely an absolutely awesome experience from start to finish."

An anecdote told at the memorial dedication credited Harry with the idea to paint the large rock that sits across from Red Top, just a few strokes downstream of the finish line. From stories pieced together, and collective memories, it was Harry, staring out at the big rock one day, who commented to the team manager at the time that an H would look quite fine on that rock. The next morning, it was painted.

Since that time, the tradition has been that the crew that wins Friday nights combination race lays claim to the rock, painting their letter and colors on until defeated. For the next year, the H will remain. 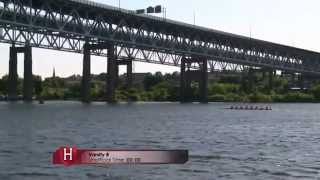 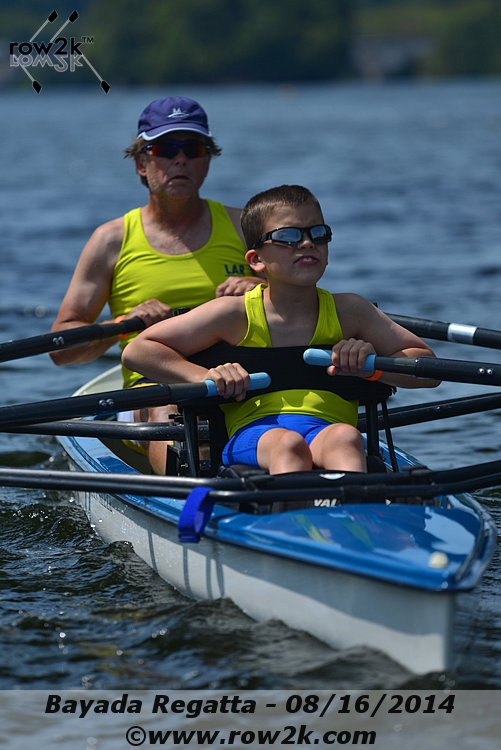 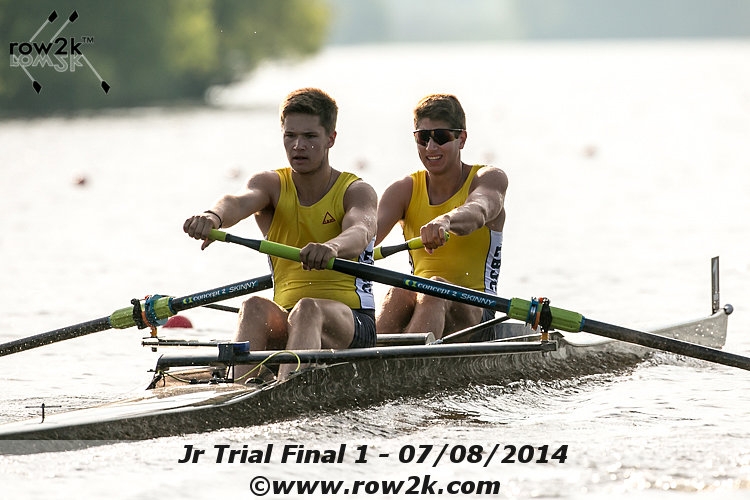 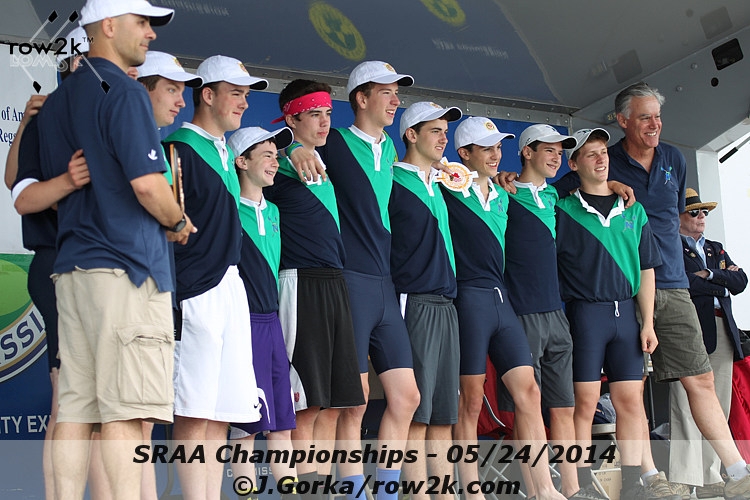 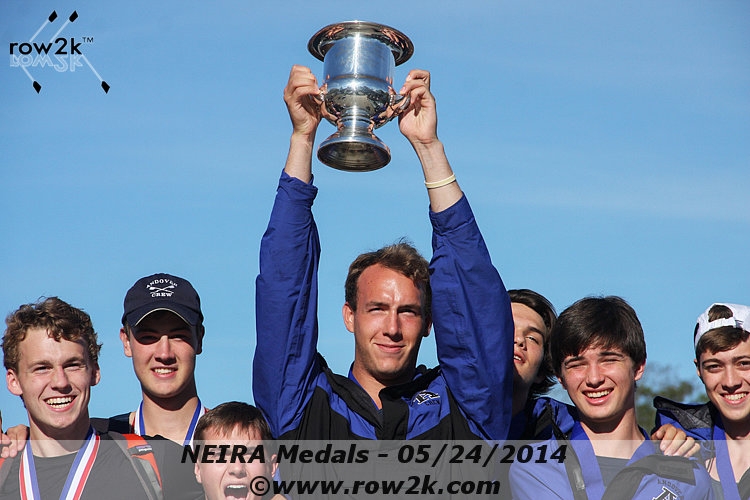