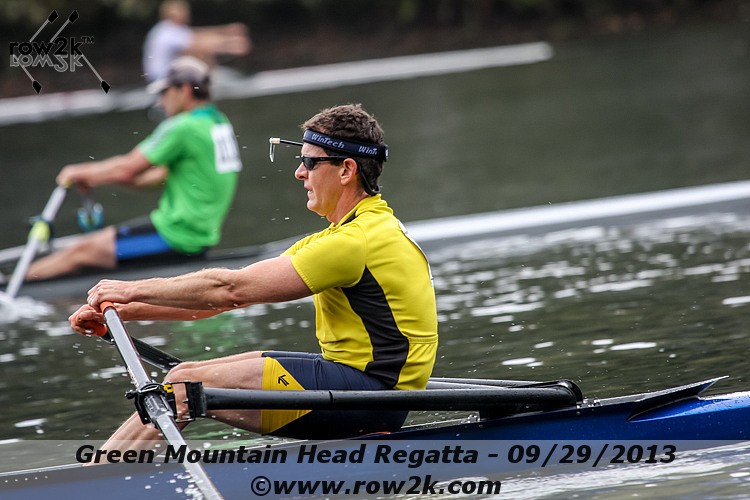 Medals are nice, but on a crisp fall day, maple syrup is superior. Imagine the rowing version of a Norman Rockwell painting - flat water, rolling green hills, old friends laughing together, all under a warm fall sun – and you would be picturing the Green Mountain Head Regatta. No joke.

Three weeks before the Head of the Charles, for the past 32 years, scullers from around New England travel to the village of Putney in southern Vermont for a day of very competitive stake-turn head racing. Though the venue is humble, the rowers are world class; past and present Olympians and World Champions test their head racing endurance. From the Graves Brothers to the Stone family to the Dreissigackers, the field is a veritable who's who of the rowing world; it's the low-key family barbeque to the Head of the Charles' blowout celebration.

In fact, the regatta was started in 1981 as a pre-Charles mountain getaway regatta for Cambridge Boat Club scullers. Although it has grown tremendously from a mere 61 rowers at that first race to over 320 this year, "the feeling has really stayed the same," says boat builder and regatta organizer, Graeme King.

King, whose workshop is just steps away from the racecourse, has been a part of the Green Mountain Head since its conception and still works tirelessly to plan and execute this race.

King has witnessed the transformation of the regatta—some variables, like the high level of racing and the professionalism of the athletes has remained the same, while others, like the weather, have changed entirely. Perhaps some interesting anecdotal evidence of climate change, King recalls the earlier years that were much colder than today's balmy regatta.

"It was pretty damn cold standing in the river water in the early 80's and we don't have the very dense fog now," he said. "The weather isn't as consistent; for the first 20 years or so we didn't have rain and now we have it every three or four years. You notice the climate really has changed."

Though the regatta has an informal feel, it runs smoothly because of the experience of most of the scullers. Here, the normal chaos of launching and landing, passing and turning, is well orchestrated; everyone simply understands the rules. The guidance from officials seemed to be only a formality or safeguard in place instead of a necessary nag to each rower. As a coxswain, it was my first time at this regatta; only singles and doubles have the privilege of racing; I can honestly say I have never seen anything like it - not even an interclub competition - so smoothly executed.
"You don't have that intense pressure and nervousness you get at big regattas. You can come here, enjoy a good race and relax," mentioned King. "That's the whole purpose. It's a fun regatta." 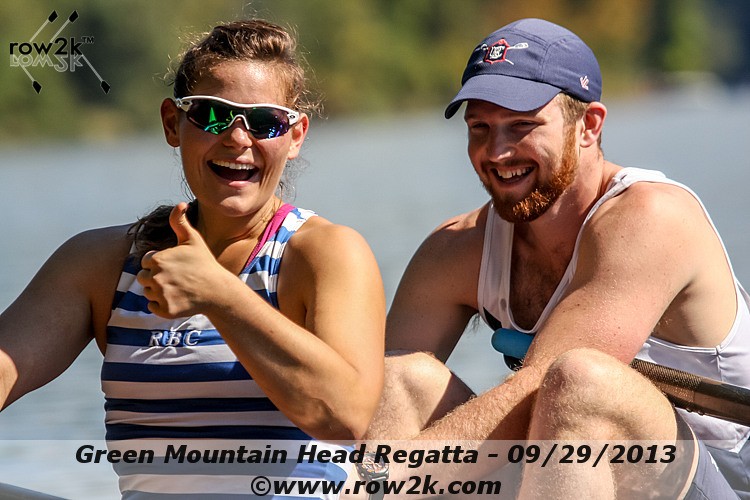 The men's singles launched first, while the fog still hung thick over the river. Though the fog has become thinner over the years, it is still guaranteed to show up annually. As the sun rose to burn off the last of the mist, the women's singles began to race—upstream, around the stake buoy, and back. Many of the racers in the singles land, stretch, and launch a double—men's, women's or mixed.

Everyone who landed discussed only one thing: the egg rolls. The day ends each year with a picnic lunch of egg rolls, massive bowls of Vermont cheddar, slices of bread and cups of cider. Rowers are creatures of deep habit, and the yearly custom of lunching on a Chinese-Vermonter feast is as much a part of the Green Mountain Head as tackling the stake-turn.

The top three finishers from each event are announced by King as everyone cheers; first place finishers go home with a quart of Vermont maple syrup, second place gets a bag of apples, and if you come in third place you'll be rewarded with a gallon of apple cider. Medals can wait for the Charles; today's race was to win the fuel to power another three weeks of fall training.