The Head of the Hooch, held in Chattanooga, TN on November 3-4 this year, grew by another 10% in 2012 and put nearly 2,000 college, masters and youth boats on the water over two days in pleasant, late fall Tennessee conditions. With competitors from 27 states and Canada attending, the Hooch can easily claim status as a national regatta date and not merely a regional one.

Tough racing and deep fields (almost stunningly so in the Youth events) meant that the regatta lived up to its top billing as a competition as well. In the collegiate racing, the Duke Women and the UVa men claimed their first Champ Eights victories here in Chattanooga.

“We thought we had that kind of a race in us,” said Duke’s Robyn Horner after her crew beat 29 other boats in the Women’s Champ Eight. “Just looking at results from the Charles and the Chase we thought we had an opportunity to win the Champ 8. I am excited that our boat rowed well and turned in a good time.”

Horner hopes that the speed shown at the Hooch will provide her club with a boost going into winter. “We get to see a solid group of programs that are typically ranked 16-25 in the spring CRCA coaches’ poll so we know if we want to be a more competitive program, we have to be faster than those crews. The field size allows you to make some good comparisons with 1V and 2V boat speed. It gives us great momentum as we go into winter training.”

The UVa men also made the most of their trip to Tennessee. “This was our first time at the Hooch and it was a great experience I did expect us to do well since we do have a fast group again this fall. We did change line-ups from the Charles as we had all 4th years in the varsity 8 at the Hooch. Winning the Hooch was great – after all we are a "Southern Team" and perhaps others will follow.”

The ability to race different events also appealed to Biller. “The competitiveness in the Champ Eight perhaps is not as tight as at the Charles (in the collegiate and champ eight), however, it's pretty fierce in the smaller boats - which is great to see. Some teams concentrate their forces into a smaller boat that goes fast,” said Biller. “This is the right kind of thinking and I admire coaches/teams who push that through. That increases the level of everything! For example our Lwt4 was a good boat, all seniors and they got beat by Duke with OCU right on their tails. The club four got floored by several teams finishing 5th, this is good stuff.”

Also on display was the strength of Florida crews, with 3 Sunshine State Crews in the top 10 Girl’s Youth Eights, and 5 Florida teams cracking the top 10 in the Boy’s Youth Eights. The Miami Rowing Club claimed the top spot overall in the Youth Points trophy competition.

“We are thankful that the hooch designates the entry fees from these five events for Row for the Cure,” said Deb Farrell, RftC coordinator. “Although these five Hooch events are critical in our own fundraising efforts success is measured in terms of other teams in the southeast, in particular, holding their own fundraising events. Regional growth means our message is spreading. At the Hooch itself - seeing over 1000 pink t- shirted rowers on the water during their events is truly heartening. More awareness. Next year we will be able to say that we have surpassed the $500,000 mark in our fundraising (Hooch and other rowing related fundraising) in the Southeast.”

As a regatta itself, the Hooch runs almost like clockwork. Regatta organizers are drilled to precision to accommodate the mass of boats launching and landing, and the regatta ran without appreciable delays over two days. (One visitor commented that he’d previously worked in Military Air Traffic Control. “I’d have killed for a single day to run as well as what these folks do here.”)

“It never gets old to row up to the start, look around at see all the boats and hundreds of rowers ready and waiting to be shepherded through the chute,” said Farrell. “It is always my favorite image at the beginning of the first day. I'm always amazed at how finely oiled a machine it is.”

Folks love the regatta for the venue as well. “The Hooch is outstanding!” said UVa’s Biller. “Of course the weather helps and you can't plan that but it's the mix of venue, town, regatta, timing; you can literally get off the bus and everything is in walking distance. The venue has great spectating, downtown restaurants, aquarium, watching from the bridge, etc. I brought my whole family and we all had a blast! It's perfect for a season ending event!” 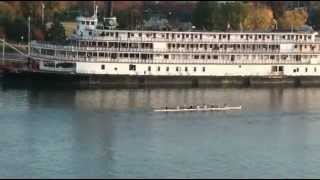 Head of the Hooch 2012 Part A
Sunrise on the Tennessee River as rowers prepare for their race. This is the first of two parts. 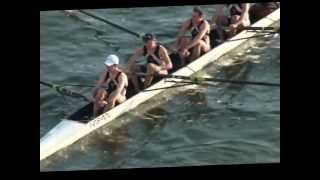 Head of the Hooch 2012 Part B
More of Saturday's events in Chattanooga, November 2012. 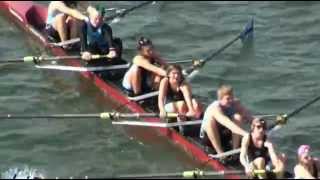 Head of the Hooch 12 Part C
Sunday was another beautiful day.
back to top
Regatta & Event Coverage Features 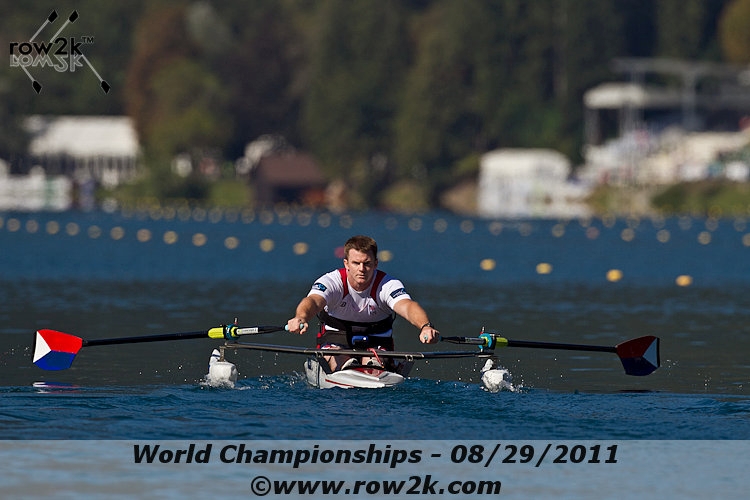