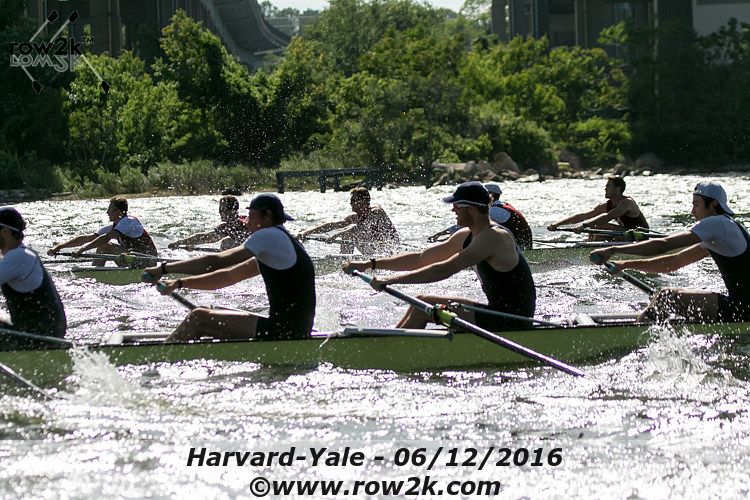 The last time the Harvard and Yale heavyweight varsity eights faced off, the weather was an overriding factor. That was at the 151st Harvard-Yale race on the Thames River in June, when a fierce wind blowing against the tide produced nearly insurmountable conditions.

That legendary dual event ended in Harvard swamping, the race being stopped, Yale finishing the row and claiming victory, and an official "no result" ruling that stood despite review.

Read a recap of that event here.

Sunday, Harvard and Yale will again meet, and yes, weather could be a factor.

A coastal storm will pose significant problems along the East Coast, from the Mid-Atlantic to Worcester, on the biggest weekend in collegiate racing so far this spring; the storm threatens to drive wind and rain once more into the faces of the two rival programs and their EARC compatriots at the 61st edition of the Men's EARC Sprints.

And while the Sprints (the league championship for the Ivies) is six-lane racing with heats and finals, the implication (maybe irony) of the pending possible weather situation rematch was not lost on Harvard head coach Charlie Butt at the pre-regatta luncheon Thursday at the Northeastern University boathouse - even if he tried to step around the question a bit until being jokingly prodded into a more direct response by the group.

"The good thing about what we're discussing is, Harvard-Yale will have more attention this year than they've had in years and years and years by virtue of our submarine act at the submarine base," Butt said. Weather aside - and there are contingency plans that deal with several different scenarios from inverted schedules to a time trial for varsity crews with IRA selection implications - the Harvard-Yale face off is looking like the main heavyweight event.

They have not raced each other this season, and both crews are undefeated in the Ivy dual schedule.

Except for a loss to Cal at the Crew Classic, Yale has not lost a race in any of the top three varsity eights all year, is the defending Sprints champion, and is coming in ranked first. Harvard follows in second, and is feeling good about their top varsity's undefeated season.

"The whole team has come a long way, and they are all developing nicely in terms of how they row and their strength physically," said head coach Charlie Butt. "It's pretty exciting. All you can do is stay within your own boat and make sure you keep improving. The first crew to stop improving is the crew that's going to lose."

Butt would not fall into an us against them discussion focusing on just Yale. Dismissing one opponent for another could spell a loss to an unexpected crew, he said, especially in a sport where tiny changes and lineup tweaks can mean much better results come championship time.

"You never actually isolate and say that this is definitely the guy or the team that we have to beat," he said. "It might look like that, but you never know. So, while you have to do game time assessments in the middle of the race, you have to make sure you are rowing well yourself first before you can say this is a race between these two boats."

In a field with 18 varsity heavy eights, there are plenty of crews vying to be that overlooked team.

Dartmouth is having a solid season and, except for a loss to Yale, is ranked fourth in the seeding behind Princeton, the highest The Green have been seeded in over a decade. Syracuse (#6) is another, especially based on the results they have posted this spring, including a win against seventh ranked Boston University.

BU head coach Tom Bohrer took that Saturday away loss home from Syracuse with him to the Charles River for a Sunday practice, and got the result he was looking for.

"They're a good crew, they have some really good guys and Dave is a really good coach," Bohrer said of Syracuse. "We got out, they pulled even with us, and they got really inspired in the sense that they could feel us. They knew that they were in it. We tightened it up and then they moved on us. That's what happened. 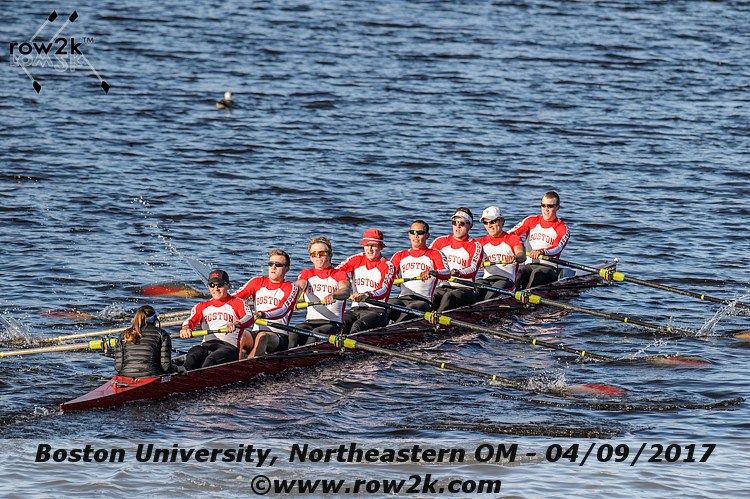 "That's racing tactics," he said. "In that situation, we should have settled down and stayed in the stroke. But it became the opposite - a faster slide and shorter stroke through the water. We came back the next day and did some lineup tweaking and it was really, really fast."

Bohrer said he is has been happy with the development of the BU team in the nine seasons he has been coaching there, and over the years has improved his squads to the point that he believes they can run with the top programs in the country.

"Right now, I think we are about number five in the league in just the depth of our overall boats and consistency of boats making it into the finals," he said. "We're at a point where our 2 and 3 and 4 Vs can all win medals at the sprints and make into the finals at IRA.

"Our goal, for the 1V, is to break into the medals and be relevant. With speed, and just being inspired, we can race with these crews and hang with them. Relevant is a word we use, meaning to be able to compete against the top crews. If you are thinking about the best, Yale or Harvard, Cal or Washington, we want to be part of the conversation."

Coming into the weekend, Harvard and Yale are again two of the crews to keep an eye on for the lightweight crown, but in this division, the top seeding goes to undefeated Cornell. 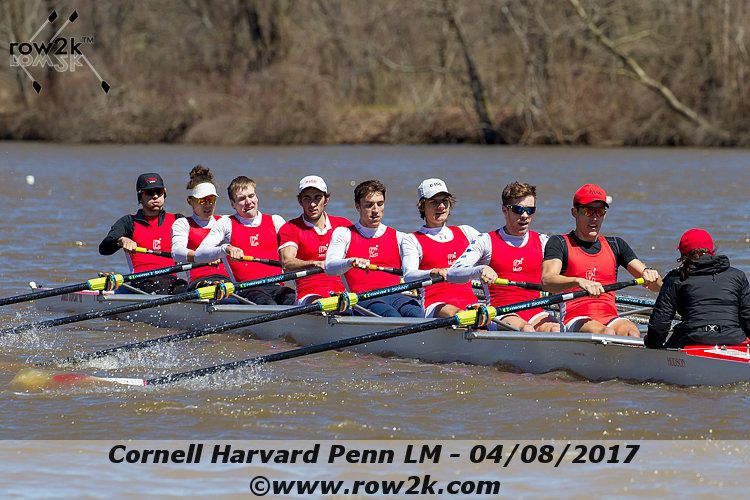 Yale won both the lightweight first varsity event and the Ralph T. Jope Cup last spring, but Cornell owned those titles for the preceding two years, winning both in 2014 and 2015. After finishing the dual season with the school's 14th undefeated season, the Big Red lightweights are again the crew to beat.

Both Harvard and Yale have had solid spring seasons, but Cornell beat Harvard, and then Harvard beat Yale at the H-Y-P race on the Charles River in Boston. It should all make for dynamic racing. 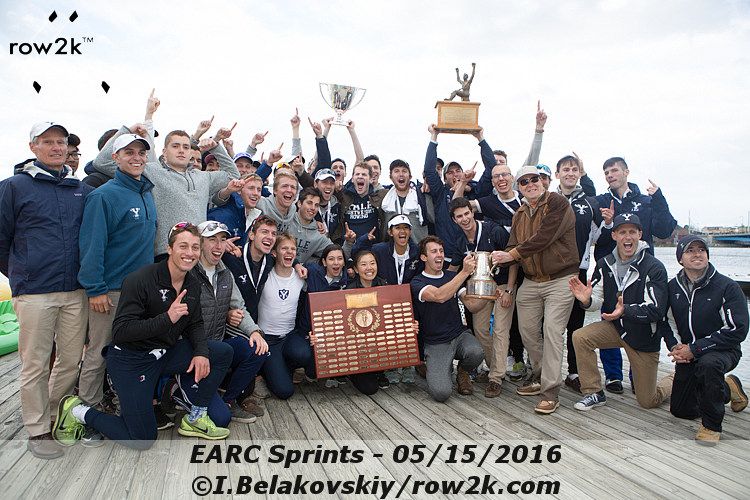 "We've had a good year," said Harvard lites coach Billy Boyce. "We're one of the biggest teams in the league and we have six eights that will race in the Sprints. Certainly, our top boats are in the mix and we hope they can execute on the day." 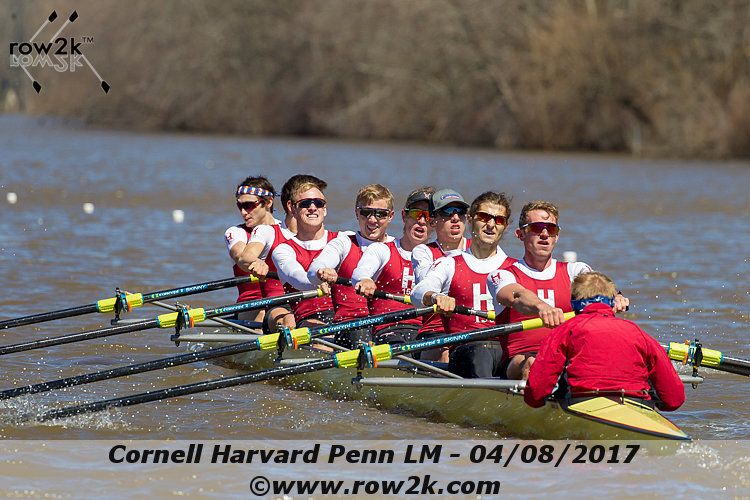 A little deeper in the rankings are crews that have also performed notably through the spring and should be considered "in the mix," including Princeton (#5), Penn (#6), Navy (#7) followed by eight seed Columbia, the defending IRA champions.

"The team has pushed through a tough early season," said Columbia's Nich Lee Parker. "We used that to grow, and we are ready to race hard at the championships, when it's most important. Execution with the quality of rowing in the league this year is going to be a more significant factor than usual in determining the results." 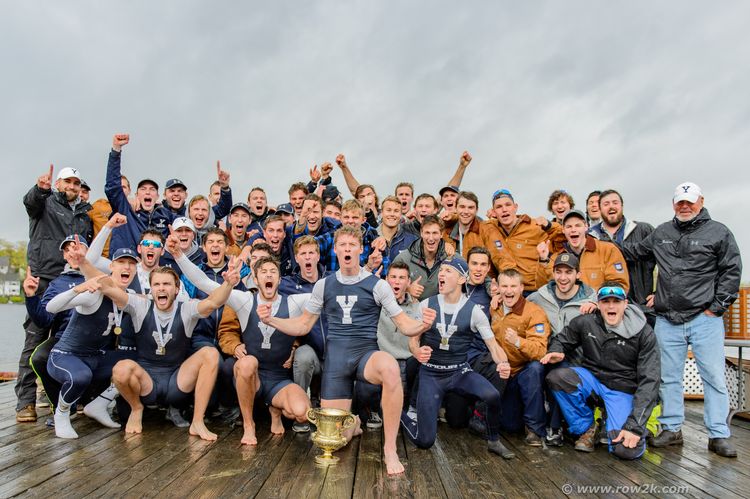 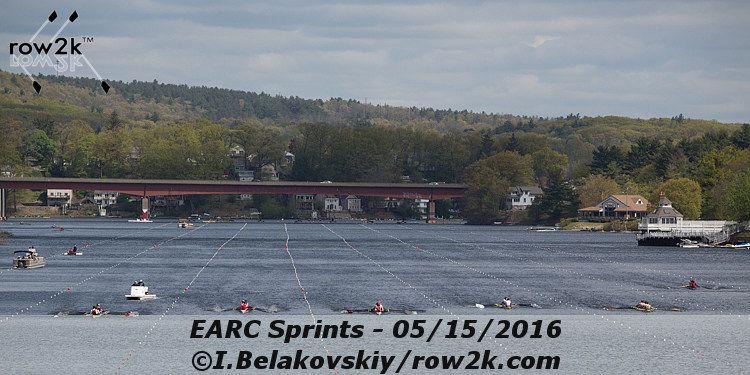