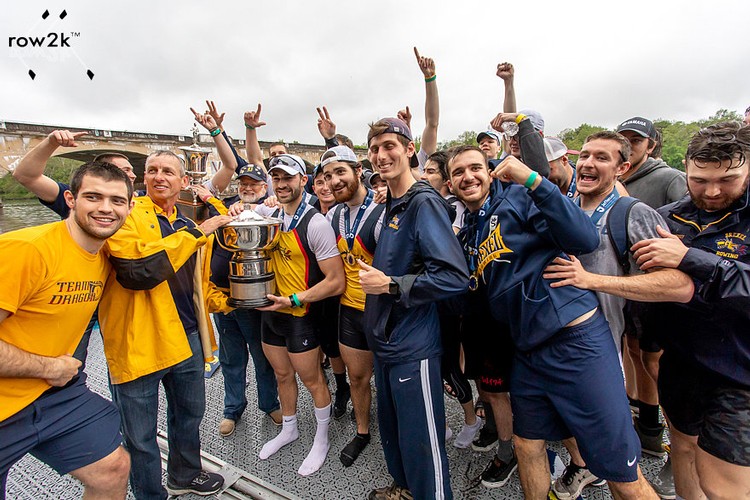 The 83rd Jefferson Dad Vail crowned its champions on a soggy Saturday that threatened stronger storms, but never delivered, unlike the crews surging past the roaring grandstands.

With the rain at times pouring off the roof like a curtain and filling the trophies so that they had to be dumped out before they were presented, the regatta—and the raucous celebrations on the dock—was fully back to normal after a curtailed and spectator-free 2021 edition.

Crews from 73 colleges made the trip to Philly, or from their local spot on the Schuylkill, and 2022’s Dad Vail winners included Bryn Mawr (Women’s D3 Eight), Mercyhurst (Women’s D2 Eight and Light Men’s Four), MIT (Light Men’s 8), and Gordon which won both the Men’s Quad and the PR3 Men’s Single.

In the fours, FIT won the Heavyweight Four with a core group of their up-and-coming underclassmen, while the Embry-Riddle women claimed their first Dad Vail win ever in the D2/D3 Four.

row2k caught up with the winners of the Collegiate Single and the Women’s and Men’s Eights that finished the day.

Ruthie Lacy, a senior at Oklahoma City University and member of the 2021 U23 Team in the Light Women’s Quad, won the Women’s Single going away. It was her first Dad Vail win: she had been third last year, while also collecting a silver in the double at the 2021 Vails. 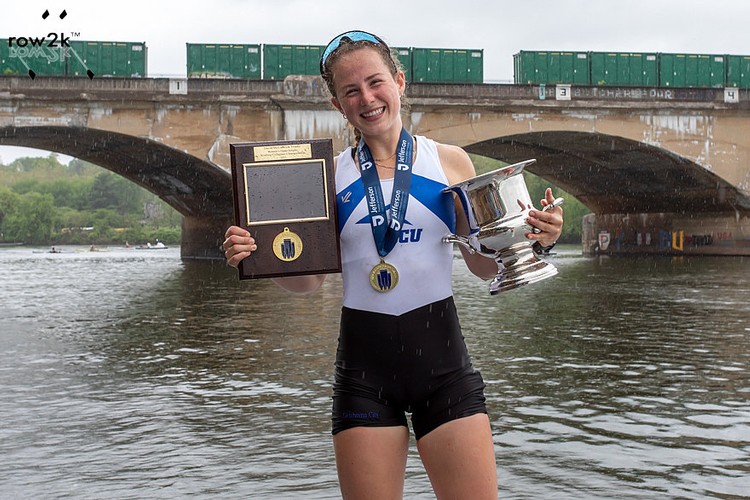 Lacy laughed when asked about how the race unfolded:

“Well, it started off with me forgetting my speed coach, so I did not really know where I was in the race course or how fast I was going.” 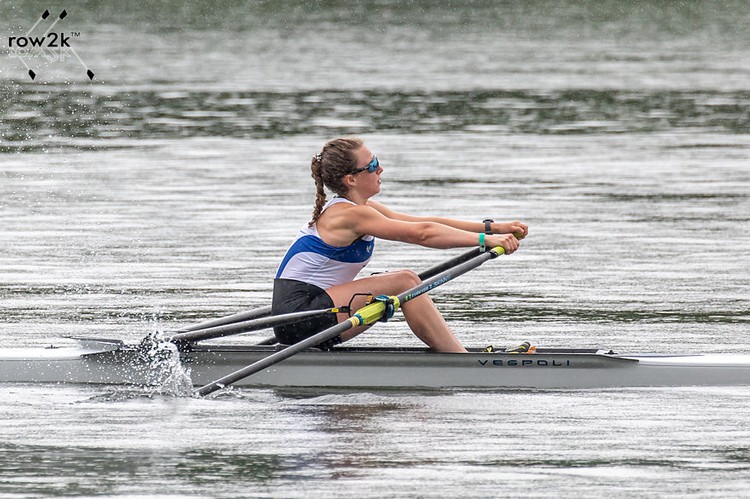 “So, it was definitely more like a mental race,” Lacy said: “Being in tune with what the boat was doing, and it was honestly really great. It was more of a mental relaxation, just see how hard I could push to make it happen.”

She credited her experience last summer with the US’s U23 LW4x for helping her find her championship gear:

“[U23s] completely like shifted the bar of my expectation of what I can achieve. Being able to see that other level of racing is pushing me so much this season.”

Lacy plans to race the single at U23 Trials next month, saying, “even this goal of going to U23s again, it's just been the forefront of my mind, and has definitely has increased my work tremendously.”

The Men’s Single featured a bit more drama, with the race leader—Virginia Tech’s Thomas Foltz—excluded for what we believe was a steering violation, so the gold medal went to Georgia Tech’s Julienne Harrison. 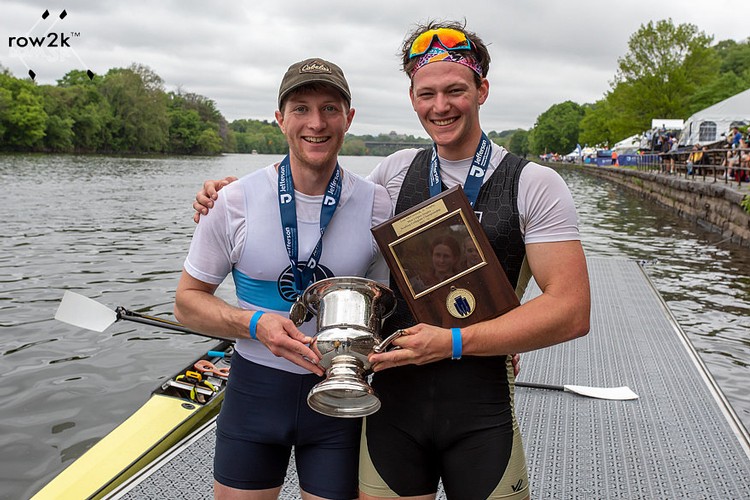 Harrison had kept his head down and established a commanding lead on the rest of the field, and was happy with the win: 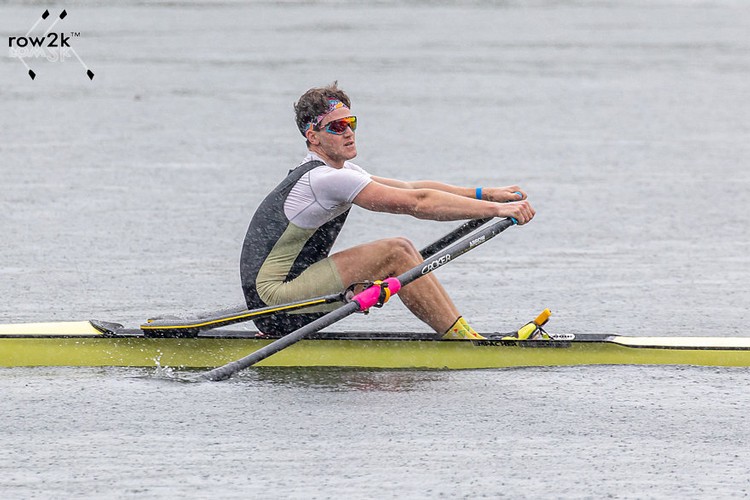 “This was actually my last collegiate race and I’m glad to have finished on a high note,” he said.

“The race today was a lot of fun with the tailwind, competitors, and even the rain,” he continued: “I had a quick start, focused on keeping in front of everyone from the beginning, and holding out until the finish line.”

Harrison, who graduated last weekend, plans to stay right in Philly to train with the Vesper High Performance program. 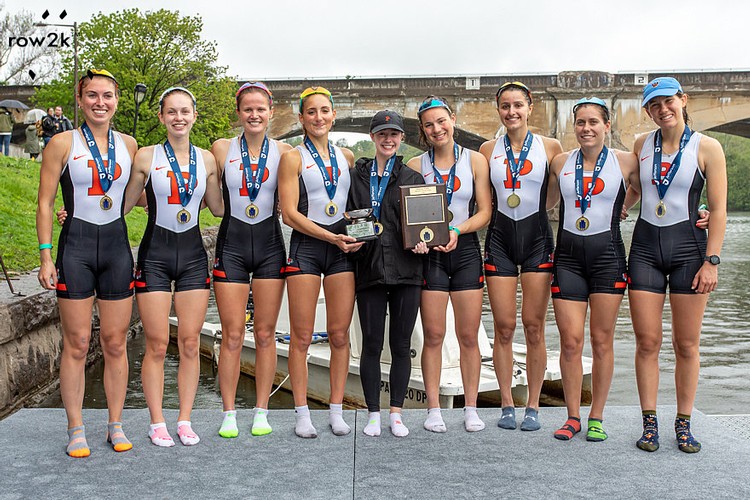 Princeton’s top-ranked Lightweight Women won the Varsity Eight, breaking away from the field along with the Georgetown Lightweights and putting the race away down the stretch. Princeton and Georgetown finished 1-2 at the Women’s Sprints as well, and will no doubt see each other again at the IRA National Championship in a few weeks.

Princeton added the Vails to their schedule in 2021, when COVID protocols restricted them from taking longer trips, They took second last year, so a return trip—and a win—were on the agenda this year from the outset.

“We thought about trying back and coming to win,” said Head Coach Paul Rassam. “It’s not normally on our schedule, but we had a lot of fun here last year.”

“[Last year] meant a lot to us because it was a race that we could participate in, and we had a lot of fun but, you know, we race to win, so, so we want to try and do that. I’m super proud of them.” 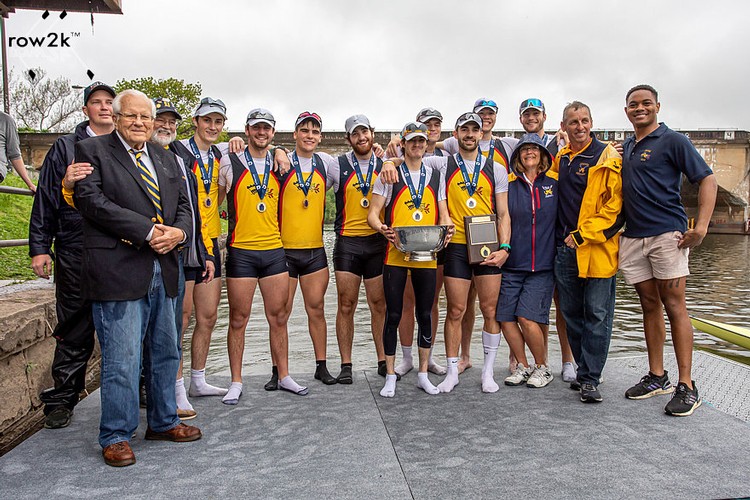 Drexel took the Varsity eight, not quite a length ahead of a ding-dong battle between unbeaten Colgate and Temple, the other local favorite. It was the Dragon’s third eight to win on the day, as Drexel’s men swept all the varsity eights.

Head Coach Paul Savell called it great to be able to win the Varsity eight against a tough field, noting that Colgate had not lost all year and, as for Temple, “each time we raced them this year, they got tougher and tougher.”

“Everybody's throwing everything they got at you. So it's ‘can you sustain that speed for 2000 meters?’, and that's what they were able to do. Through all the challenges that they that they got, through the race, they were able to stay true and together.”

“I felt like it was the same thing happened for each crew {today], where they really got challenged through the race. The 2V was behind all the way to maybe the last 500, but they pulled it out.”

Drexel’s big day in the eights—their Novice Women’s Eight also took gold—earned them both the Men’s and Overall Points trophies.

Wisconsin’s Lightweight squad won the Women’s Points title, on the strength of their win in the Varsity Four and putting every crew they brought from Madison into the Grand Finals. The Badgers had already decamped by trophy time, so they got a special “Only in Philly” ceremony later that evening: