Being from Seattle, Elizabeth Blue is used to chilly, gray, wet mornings. That's the kind of weather the far Northwest of the country is used to.

But Blue was not in the Northwest Friday morning. She was in San Diego, rigging the four she and her crew mates from St. Mary's College will race at the San Diego Crew Classic. And like everyone on the venue, she was wondering when the sun was going to make a showing.

"It's usually sunny and warm here," Blue said. "But just not right now. This is Seattle weather."

No matter, the damp morning was really a not sign of what was to come over the next three days. The weather was predicted to clear by the afternoon, and the real reason the first-year collegian and her team had made the journey down from Moraga, California and the Bay Area was not to experience rowing in the warm Southern California sun.

She, and most of the crews that were just arriving in San Diego and who were busy pulling boats off trailers and getting ready for a first practice on Mission Bay, are here to test themselves against crews they don't normally race during the regular sprint season.

"There is not a great amount of weight in terms of what this means to the season, because there are not a lot of competitors from out of our conference here," Blue said. "But it's good to be here, and see how we stack up against people who are not from our conference."

And that, really, is the purpose of racing at the San Diego Crew Classic. The sun? Well, that is pretty much guaranteed here.

"It's a good race, it's a good course, and it should be sunny and warm," Blue said. 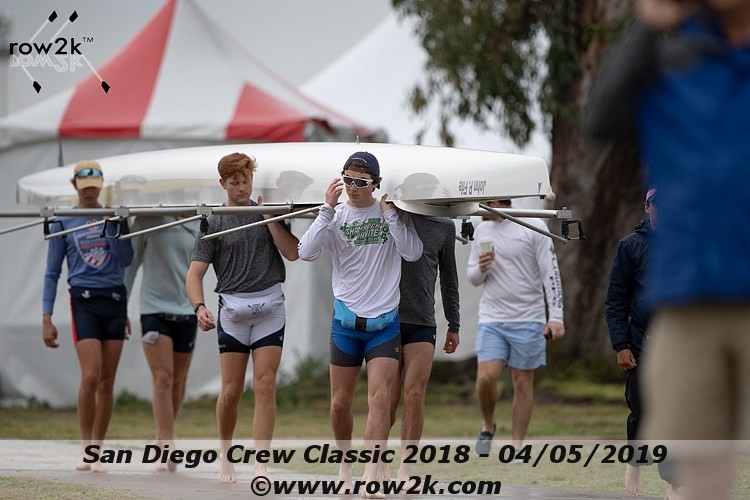 Crews walking boats to the water

Wet or not, with 414 crews scheduled to race, a venue loaded from edge to edge with entertainment, vendors and food options for athletes and spectators, the 46th edition of the San Diego Crew Classic is just about ready to go.

That is just the way event executive director Luke Walton wanted it to be by Friday afternoon. Walton has been on the grounds all week, overseeing the build-out of what is intended to be an expansion of the of the overall experience.

The large white tent that typically hosts the traditional Sunday brunch and weekend VIP food and beverage services has been enhanced to include not just the brunch - that will happen as always - but the whole tent has become a weekend hangout on the finish line, and dubbed Club '73 in honor of the first year of the event.

"Traditionally, we've had the brunch here on Sunday, which we will continue to do because it is a great tradition, but we want to expand people's access to the tent and viewing and experience," Walton said.

"This year, we're going to have the best viewing of the racing with access to a great shaded spot perched right on the finish line, and we'll have beverages that people can purchase and enjoy in this 21 and up experience." 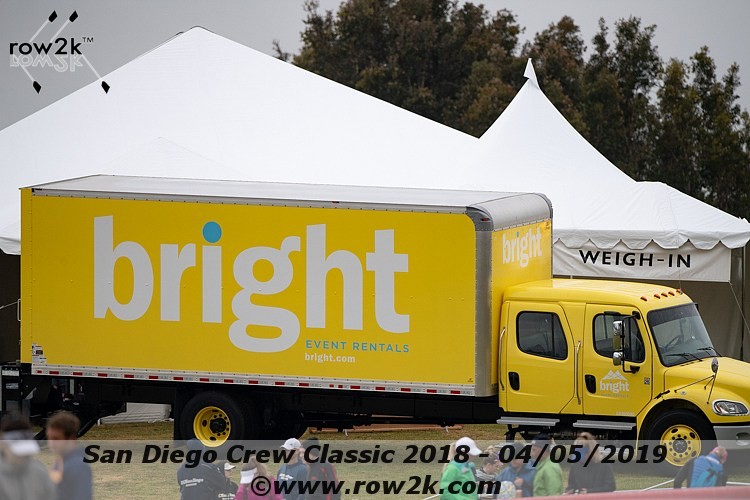 Putting the finishing touches to the venue

Expansion has been Walton's mantra this year, and the event organizers worked to include more activities for the overall rowing community on and off the water.

The Freedom Rows events, begun five years ago as part of an effort to bring recovering military veterans into the sport, has been expanded from a single eights race to add three flights of para and inclusion doubles.

"We're super excited for Saturday to be expanding our Freedom Rows event," Walton said. "Traditionally, that happens mid-day on Saturday and will go off as it usually has, but we now have three flights of para racing to follow that. That is going to be a great event."

The Crew Classic has also typically worked to have some form of highlight exhibition race that involves having US national team athletes training in California during the winter conclude their camps with a swing through San Diego. This year, the entire US women's training center team that has been training for the upcoming World Championship in nearby Chula Vista will be involved. "(Women's head coach) Tom Terhaar will be finishing up camp in Chula Vista, and they are all going to come up here and make up crews of current and alumni women, and we will have a US national team dust up on Sunday."

Off the water, there will be expanded opportunities to introduce indoor rowing to middle school students with the hope of using the regatta to help promote the sport and contribute to its overall growth, Walton said. 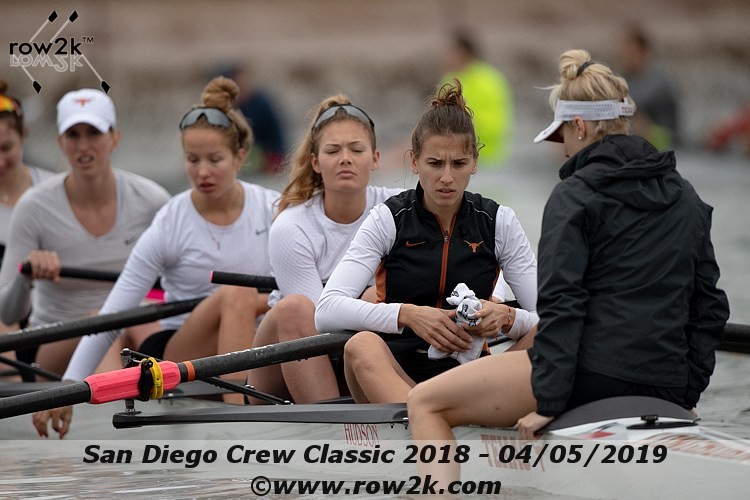 Texas women getting ready to row

Back on the water, the highlight of collegiate racing this year will be the stacked women's collegiate varsity Jessop-Whitter Cup Invitational.

The field tallies 11 of the top women's teams in the country, including last year's top three finishers in the NCAA Championships final - the University of California, University of Washington and University of Texas. It's worth noting that this is the first time in the last five years that Washington has ventured down from the Northwest to join in. It's been a long, hectic year for Walton and the Crew Classic organizers and sponsors, but by Friday morning the buildout was all but concluded and the excitement on the venue was growing.

"What we are really proud of this year is the expansion of the our offerings to match the expanding rowing community," Walton said.

"With ergometer education in middle schools programs, the growth of adaptive rowing, the national team being here, we really feel like we're expanding on a regatta environment in which no matter what level of involvement you have in rowing, there's something for you here."

Copley Cup Lite
Get our Newsletter!
Enter your email address to receive our updates!