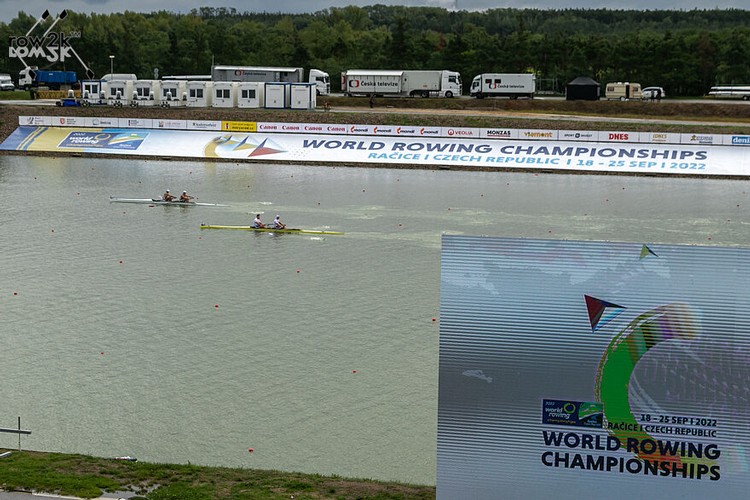 Draw? Out. Crews? Dialed in. Weather? Ominous, if you like staying dry, given all the rain forecast for the first four days of the regatta, but otherwise? Racice is ready to go for the start of racing tomorrow.

This being the eve of Worlds, though, there are some results to report on right up front, as the spares got their racing in: 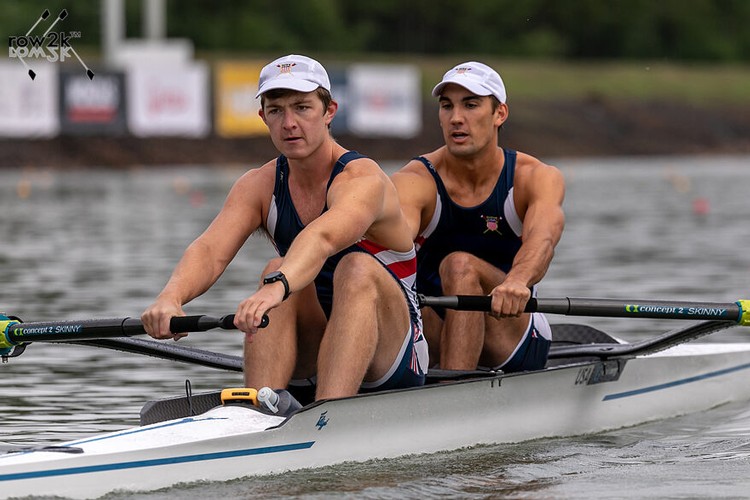 The US Men's spare pair took a win over France (with the legendary coach Jurgen Grobler riding alongside), New Zealand, and Germany. Andrew LeRoux and Oliver Bub's time was a smidge faster for the USA than the Aussies who won the other Men's Pair flight, so consider them the class of the spare pair field. 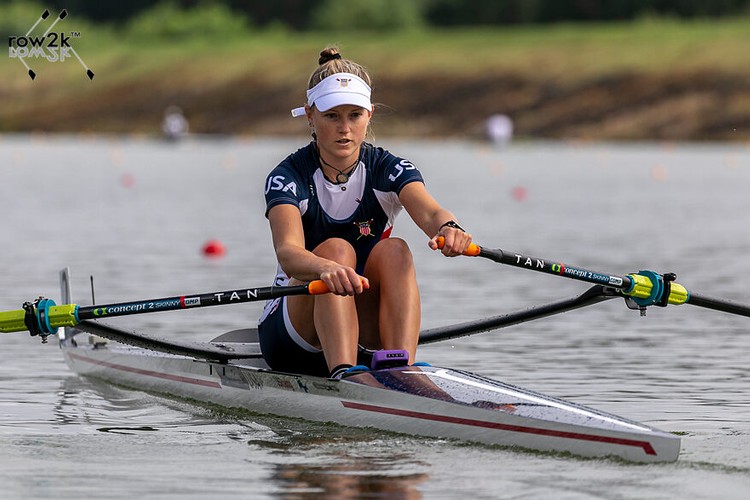 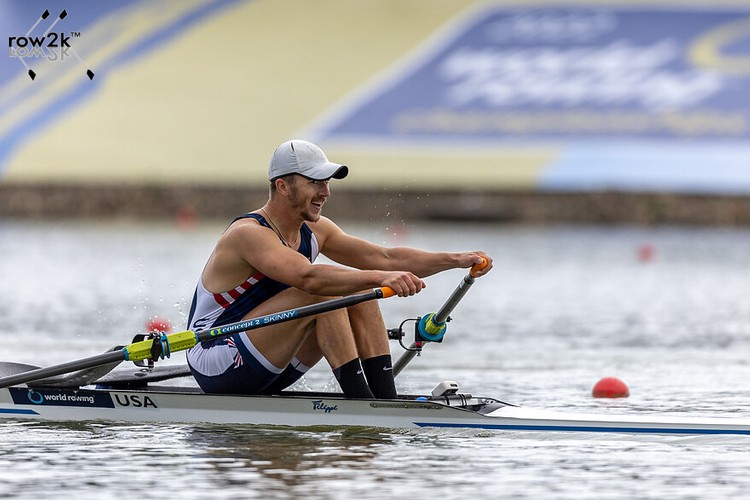 Both Grace Joyce and Ezra Carlson took second in their respective singles races, to Australia's Laura Gourley and Britain's John Collins, while the US Women's spares--Hannah Paynter and Brooke Mooney--came second in a tight two boat pair race to Great Britain. 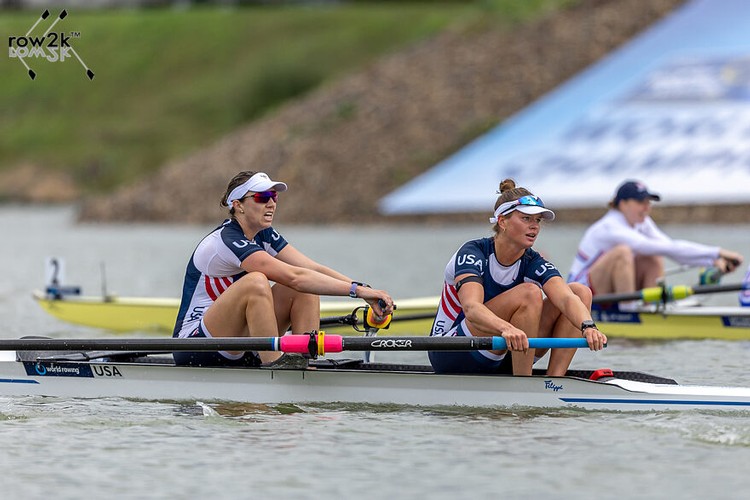 Now of course, they move on to the most important part of the spares job for the week: staying ready to race at a moments notice for their teammates: any boat, any seat, any time (this is truly the case for Paynter, who has sculled and rowed both sides of the boat this summer).

There were also these winners: 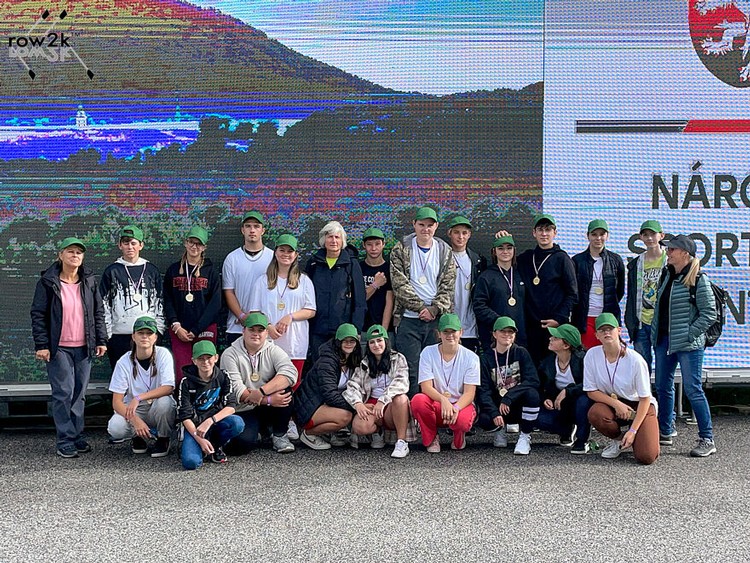 These is the Czech school group who won the exuberant (and loud) dance-music-fuelled erg relays in the tent behind the grandstand, which was hosting school groups throughout the spares racing and into the afternoon. That created a pretty full grandstand, complete with signs and cheering kids for the events on the course today.

Now begins the pouring over the Start List for Day 1--see below and join in here--and the wait for the 9:30 am (local) go time for this first World Championships since 2019.

The Draw is out, along with start lists for Monday. Not too many surprises, since World Rowing did seed what they saw as the top crews in each event--a list we posted in our Friday Report.

That does not mean we won't get some interesting first round match ups for US crews, such as: 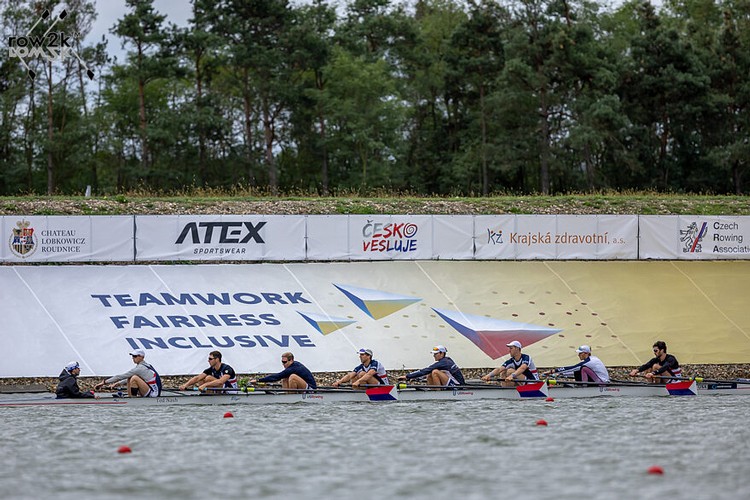 Supportive Allies: apparently, much of USRowing's sling needs have been subsidized by the unknowing generosity of the Australian team, inasmuch as American crews are frequently sneaking use of the Aussie slings to get boats rigged and adjusted.

Rescue, For Real: we covered the rescue drills the Emergency Services folks ran yesterday, but we saw the real thing today when the Hong Kong Men's Pair flipped. Just as they practiced, the flipped boat and wet rowers were brought to the emergency dock, and all was well. 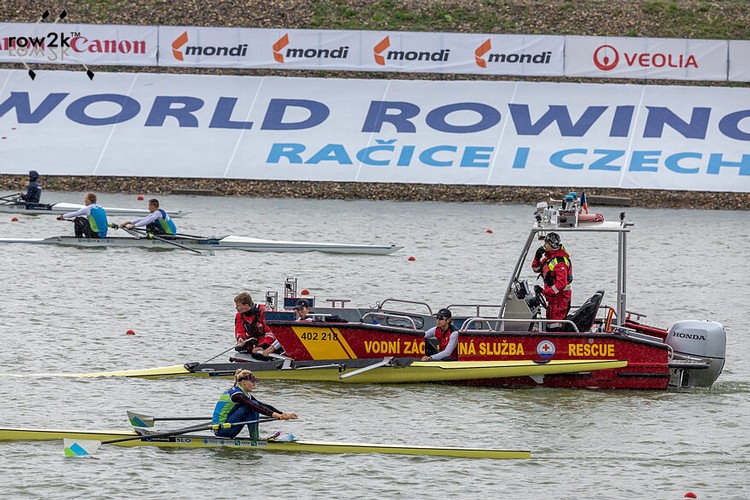 Bow Seat Life: When coming back to the boat racks for a second row this morning, US light women's double bow seat Molly Reckford saw the true hordes of crews practicing on the course and said, "Whoa, that looks fun! Let's party rock, baby!"

That Dutch Catch! See what we mean here; the 48 photo sequence captures one-quarter second of time at 195 frames per second.

Weatherman's Never Wrong: the rain arrived right on schedule, and stopped nearly in time for Spares racing, tho it sure was raining on row2k's way up to the start, whew--where, of course, we had the lone photographer there to cover the Spares. In fact, the quick moving Racice weather took us from rain to sun to almost back to rain in the just 38 minutes of spare racing.

That's it from here: set your alarms for 3:30am Eastern, 12:30am Pacific tomorrow to follow along with live video, or check back with row2k when you get up tomorrow for results and reports from Day 1 of the Racice Worlds. 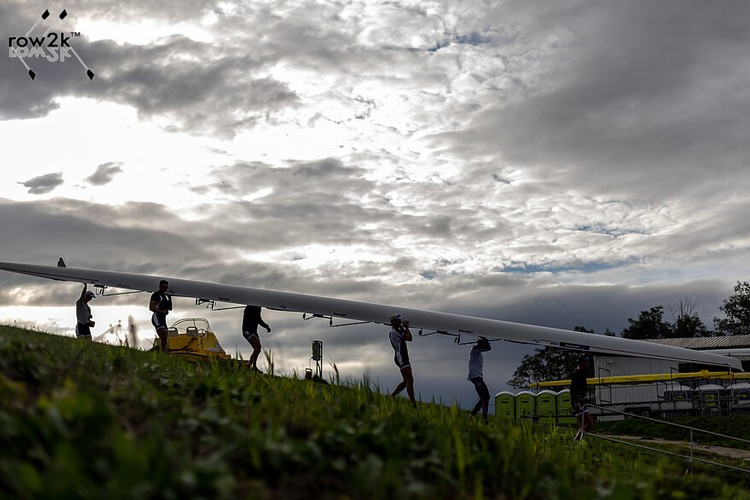