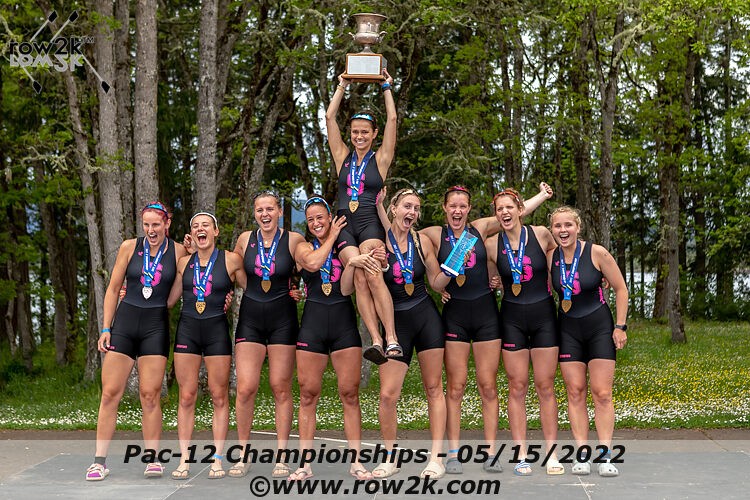 The final three bids went to the winners of the three conferences which shared the Cooper River racecourse: Princeton in the Ivy League, Jacksonville in the MAAC, and Northeastern in the CAA. Look for full coverage and interviews with those three champions tomorrow.

Defending NCAA Champ Texas made good on their #1 team ranking as they swept the competition at the Big 12 Championships at home in Austin and earned their seventh consecutive Big 12 title. 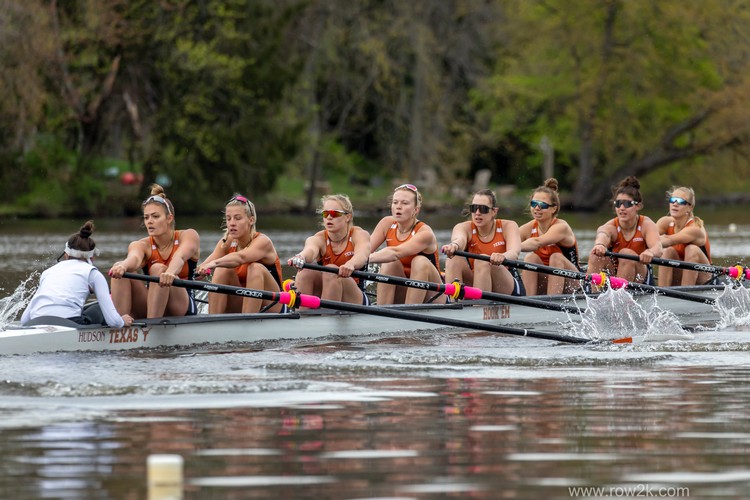 With an average margin of victory of 23 seconds across all the events, there was little doubt about “Here Comes Texas” as they ramp up into the post-season, entering NCAAs as a heavy favorite to repeat.

"We had a really good day, and I'm really proud of our team," Texas head coach Dave O’Neill told TexasSports.com.

"In many ways we blew up our boating's the last couple weeks and took a look at different combinations,” O’Neill added. “Ultimately, we came back to the same lineups we had two weeks ago. Everyone raced hard, and it was good to see the progress some boats had made."

Second place Tennessee and third place Alabama will hope to be in the mix for At-Large invitations: in the latest Pocock CRCA poll, Alabama was not ranked, but did receive votes, while Tennessee was #19. At-Large bids which will be announced during the NCAA D1 Selection Show on Tuesday. 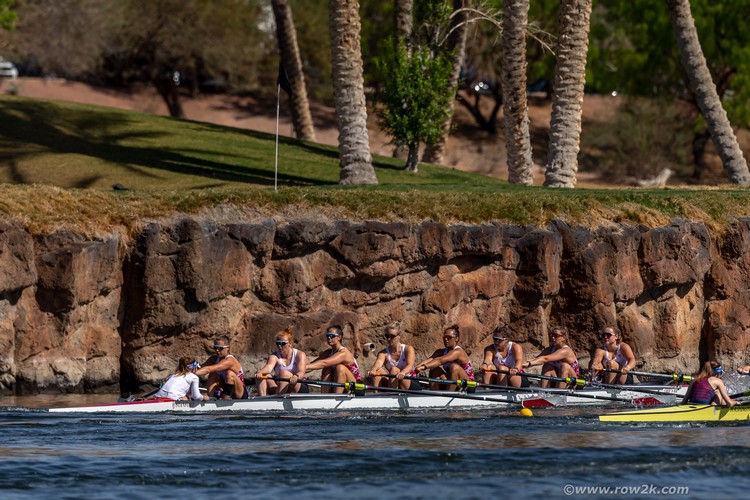 Stanford claimed the Pac-12 crown with wins in the 1V eight and the 1V4 to edge Washington, which win the 2V eight, for overall points and the Pac-12’s automatic bid.

Ranked #2 for much of the year, behind only Texas, Stanford led the points tally after the fours race, where they overcame an early Washington lead to take the win. Washington’s 2V win made the math more interesting, but Stanford’s 1V put paid to the title with a wire-to-wire win.

The Cardinal’s team victory was all the more remarkable since it comes just a few weeks after Stanford became one of the teams this season which had to cancel a weekend of racing altogether due to COVID protocols.

The Pac-12’s other ranked teams—#7 Washington, #10 California, #13 Oregon State, #15 USC, and #19 Washington State—finished in rank order, and all figure to be in the mix for At-Large invitations, which will be announced during the NCAA D1 Selection Show on Tuesday. 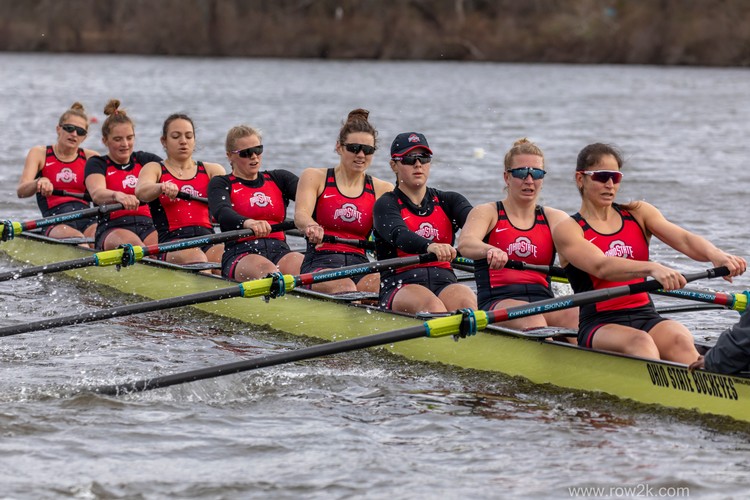 9th ranked Ohio State took the Big Ten title away from conference rival Michigan (#6), who came in to the 2022 Big Ten regatta as the favorite in every event and came within a photo-finish of claiming the title themselves.

Ohio State won the V4 in an upset, but Michigan’s 2V eight won out to give the Wolverines a narrow points lead. In the final strokes of the 1V eight, Ohio State was able to hold on to a narrow lead to seal the title and take the Big Ten’s automatic NCAA bid.

Ohio State Head Coach Kate Sweeney spoke afterwards about how this year came together for her team to win the championship:

"The team has done a great job of being patient throughout this season. We've been moving lineups around a lot as people have come back from illness and injury. The maturity of the group to keep the big picture in mind during some pretty challenging weeks has been the most impactful piece of the equation for us."

"With seven boats earning points for the team total in the B1G, we knew we had to perform at a high level in each crew," Sweeney said. "We're really proud of the way each of our crews stepped up and earned points for the team total. Everything came down to the last race of the day in the varsity 8. That crew had the confidence to do that was needed to secure the team championship against some really strong competition.

Second place Michigan (#6), third place Rutgers (#18) and fourth place Indiana (#17) all figure to be in the mix for At-Large invitations, which will be announced during the NCAA D1 Selection Show on Tuesday. 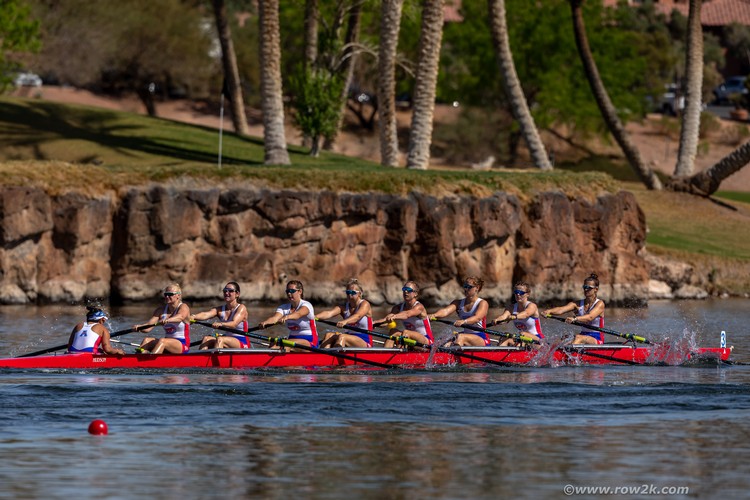 SMU’s 12th ranked Mustangs claimed their second straight American Athletic Conference bid in Oak Ridge. The only hitch in the SMU’s stride today was the debris that their 1V hit in the warmup—which caused a slight delay in racing while a group of coaches from different schools teamed up to fix the SMU skeg at the start platform.

Heading into the delay, SMU had already scooped up wins in the V4 and 2V eight, and the hastily-repaired 1V shell made it a clean sweep once racing resumed.

SMU will now make the return trip to NCAAs, where they finished 11th as a team in 2021.

Check back tomorrow for interviews and full team coverage of the Cooper River action, where Princeton, Jacksonville, and Northeastern won the final three AQ bids on this championship weekend.