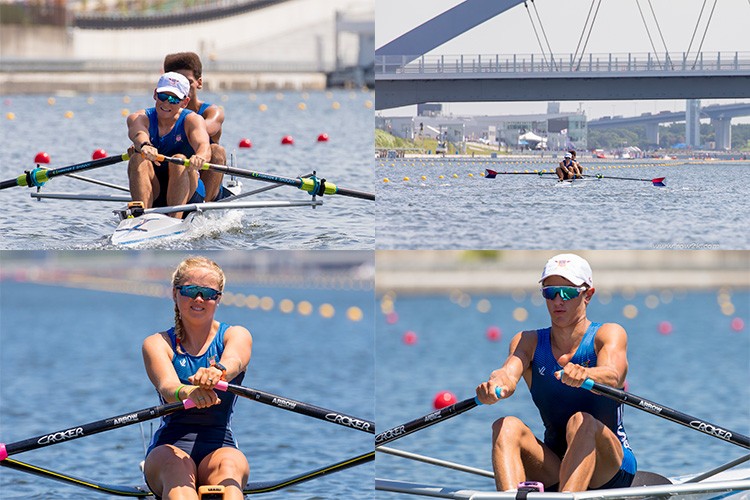 About 13 hours after the championship was officially opened at the opening ceremonies, heats got underway at the Junior Rowing World Championships that were also the very first actual races on the Olympic venue.

To get the athletes out of the heat a bit earlier, the schedule was compressed to five minute centers. I would say this resulted in a couple 'warnings' that were more a factor of not having quite enough time to get across the course and into the blocks in a few minutes' time, but it didn't seem to affect the racing, and there may have been some leniency at play as well, so the athletes just got on with it.

It did result in a couple superb instructions from the start tower: "Chile, be proactive in getting your bow into the system!" – and after the Japanese men's quad tangled with one of the buoys right on the starting line: "Japan, get off the start system and make room for the other crews to go on the course!"

The day started off with a direct tail, and many were expecting very fast times, but by the time racing started it was more of a crosstail, so not super fast.

The US advanced three boats, including the men's pair of Adam Campain and David Edington, who raced in the first race of the day – and per above, the first race on the Olympic racecourse, ever. The crew goes directly to the Saturday semis. I asked their coach Brian deRegt how they approached being the first crews down the course at the championships.

Being the first race of the regatta wasn't really brought up in any conversations we've had; the conversations have been about how to show David and Adam's work from the summer - controlling what we can control and ignoring what we can't," he said. "It's cool to think about in retrospect, but before a race we're talking about the little things that build into the big thing."

“We were really happy with our race," Edington said after the race. "We had a really strong start, which put us up in the middle of the pack and kept the cruise going from there. Every stroke was just really powerful, really clean, just focusing on our boat, and it turned out really well." 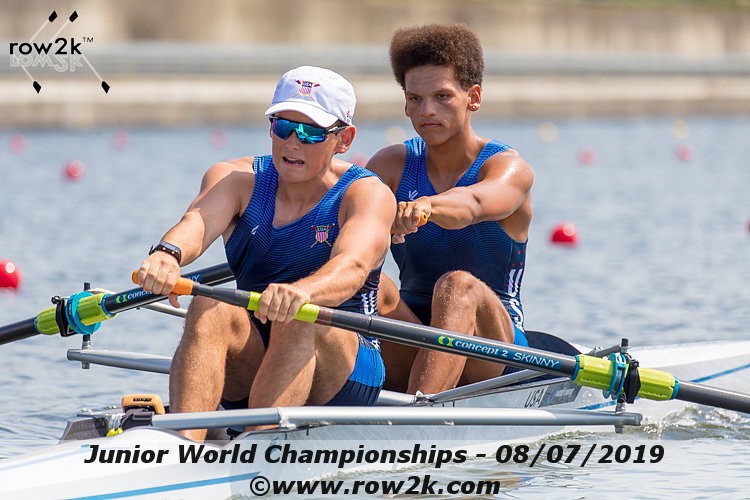 US Men's single sculler Nicholas Aranow rowed through from third place to take one of two spots to advance to the AB semi. Aranow felt good about his row, noting that staging a big comeback isn't the most comfortable way to race.

"I felt I had a solid start," Aronow said. "I did everything I wanted to. Settle early, that’s what I like to do, and then through the 1k mark, that’s when I really started to push on Thailand and started walking on the first-place boat. I definitely want to work on a faster start; I don’t want to have to make up that much distance at the 1k mark." 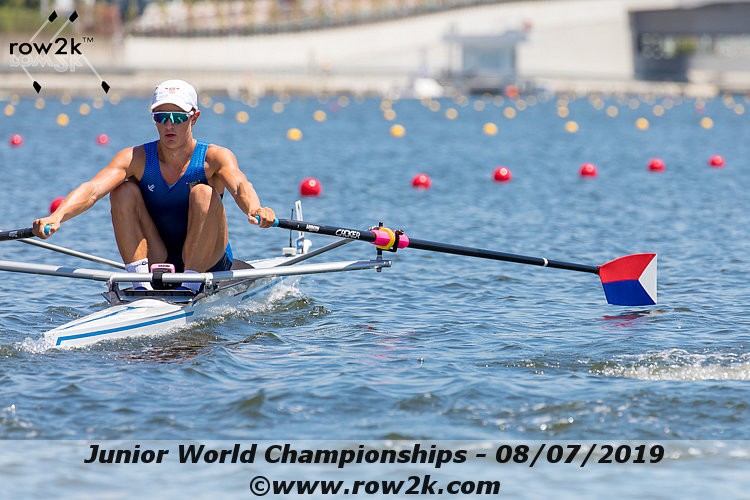 US women's single sculler Katelin Gildersleeve rowed into the lead in the second 500 and never surrendered the spot to win her heat with the second fastest time of the four heats, advancing directly to the semis. The junior team newcomer said she used the win to figure out her place in the field.

"It's my first time being at worlds, so it was kind of just establishing where I start and from here I want to get better,” Gildersleeve said. "The race went well, but I still have a lot of room for improvement. I will focus on the technical points and making sure I don't lose sight of those despite conditions." 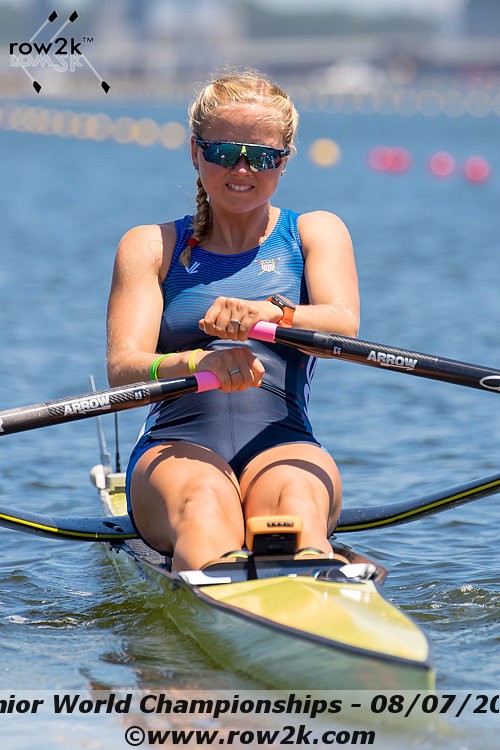 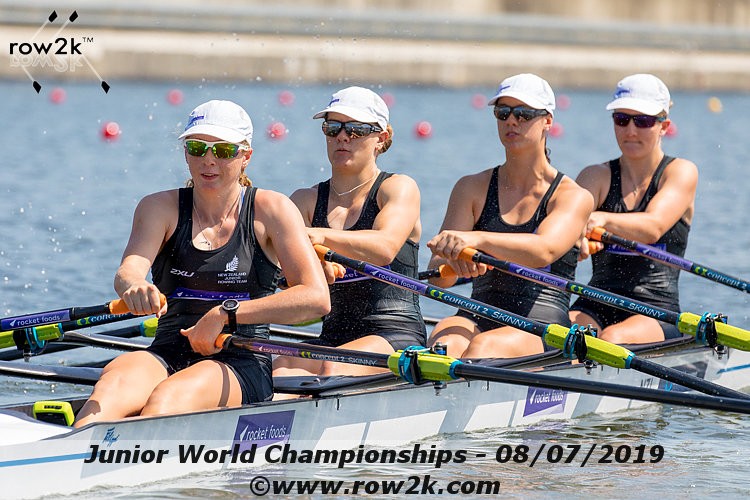 Favorite call on the first stroke of the start: "Let's go!" 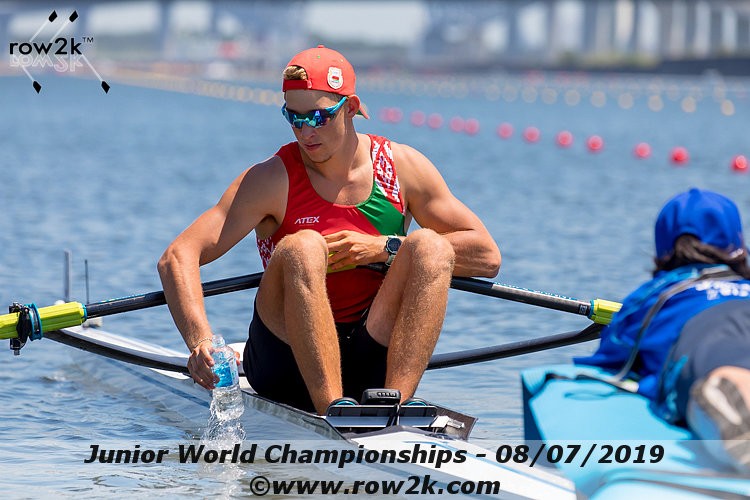 The official media outing was today, and consisted of day-drinking in the media room as photographers ground away at images. Best part: we learned a Japanese "toast," which went "Attention... Go! WOAH! WOAH! WOAH!"

Despite having written that I liked the bustling nature of the start area, there are some fairly serious issues – or rather, one fairly serious issue – noise. The cacophony of beeping trucks, port traffic, the location directly under the landing route for huge jets headed to Haneda, which is two miles away, I would say impacts the start, no question. It was loud enough that photographers who were shooting from the side of the course, across the lanes, nearly missed a couple races because they could not hear the starter. I believe the plan is to keep the roads open in 2020, but a closer look at the situation is probably likely. 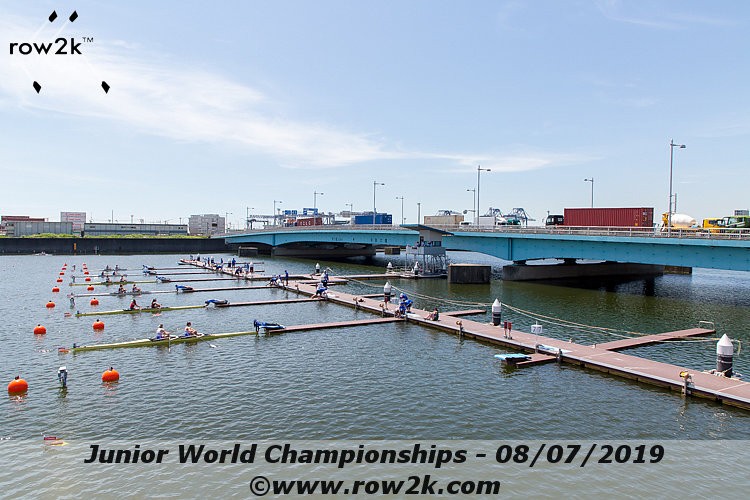